— Broadway is dark and most concert tours have been abandoned, but you can still feel the thrill of being inside a packed house in “ David Byrne’s American Utopia.” Spike Lee’s concert film of Byrne’s acclaimed stage show debuts Saturday at 8 p.m. on HBO and HBO Max, and it may be one of the best films of the year. Lee’s energetic direction combined with Byrne’s exuberant staging of Talking Heads classics and other songs makes for a concert film that stands on par with Jonathan Demme’s Talking Heads classic “Stop Making Sense.”

— The timing of Aaron Sorkin’s “The Trial of the Chicago 7” is remarkably good for a film set in 1969 and 1970. Sorkin’s drama, debuting Friday on Netflix after a brief run in theaters, is first and foremost a portrait of protest, in all its messiness, idealism and potential. Made with a starry ensemble including Mark Rylance, Sacha Baron Cohen, Eddie Redmayne and Michael Keaton, the film dramatizes — with Sorkin’s characteristic snappy dialogue and sweeping theatricality — the events surrounding the trial of anti-war activists who were charged with conspiracy to incite a riot during the 1968 Democratic National Convention in Chicago. In the seminal stand-off between counterculture and government, Sorkin (who wrote and directed) crafts a timely paean to dissent.

— Gretchen Sorin and Ric Burns’ “Driving While Black: Race, Space and Mobility in America” was, unfortunately, always going to be of the moment. The documentary, airing 9 p.m. Tuesday on PBS and streaming on PBS platforms, chronicles the experience of African Americans on the road beginning with the advent of the automobile. But is also stretches further back and forward to consider all forms of racist restrictions of movement for Black Americans, spanning Jim Crow-era laws to ’60s bus boycotts to contemporary policing. Says historian Christopher West in the film: “I think it’s really, really tough for the majority of Americans to begin to even understand the gut-wrenching horror that is driving in a racist society.”

— Kelly Clarkson is returning to host this year’s Billboard Music Awards, which will air live on NBC on Wednesday night at 8 p.m. ET. Some of the performances will be live at the Dolby Theatre in Los Angeles, while others were previously recorded. BTS, Post Malone, Bad Bunny, Sia, Alicia Keys, Luke Combs, Doja Cat, Kane Brown and Demi Lovato will hit the stage, where country music icon Garth Brooks and rapper-activist Killer Mike will receive special honors.

— CBS’ “The Amazing Race,” with its especially welcome promise of armchair adventure, returns 9 p.m. EDT Wednesday. Eleven teams, including former NFL players DeAngelo Williams and Gary Barnidge and paired Olympians Kellie Wells-Brinkley and LaVonne Idlette, dash from locations in France, Germany, Kazakhstan, Brazil and elsewhere in the quest for bragging rights and a $1 million prize. The 32nd edition of the contest, taped before the coronavirus outbreak, pushed the series to the milestone of 1 million miles of worldwide travel.

— While many of us were making sourdough bread and, if we felt truly creative, posting pet videos, Hilary Weisman Graham (“Orange Is the New Black”) created “Social Distance” to illuminate our response to pandemic isolation. The Netflix anthology series, consisting of eight, 20-minute episodes, dramatizes the early days of the coronavirus quarantine, including our reliance on technology to maintain a version of emotional connection. Oscar Nunez (“The Office”), Asante Blackk (“This Is Us”) and Ali Ahn (“Orange Is the New Black”) are among the actors in the series out Thursday.

— Ready for a winter chill? Sundance Now’s true crime drama “Des” stars David Tennant (“Doctor Who”) as Dennis Nilsen, a serial killer who targeted young men, including the homeless. When he was arrested, Nilsen freely claimed responsibility for a shocking number of murders but couldn’t name his victims. Lacking forensic evidence, police began a daunting effort to identify the victims of the innocuous-looking British civil servant (who died in 2018 while serving a life sentence). The three-part “Des,” debuting Thursday on the streaming service, was a recent U.K. TV hit and drew raves for Tennant’s performance. 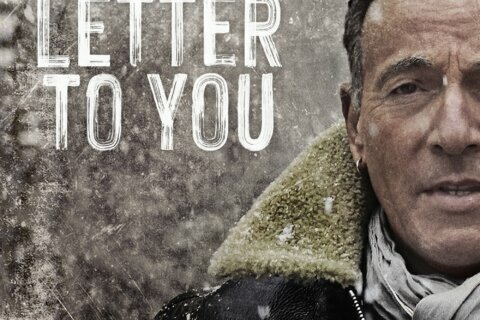 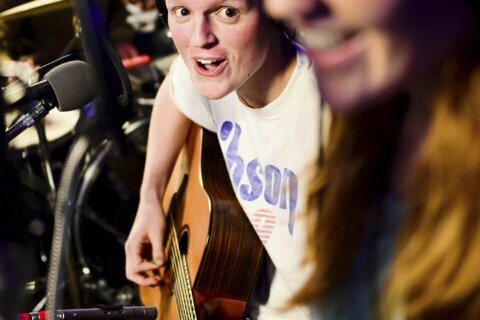 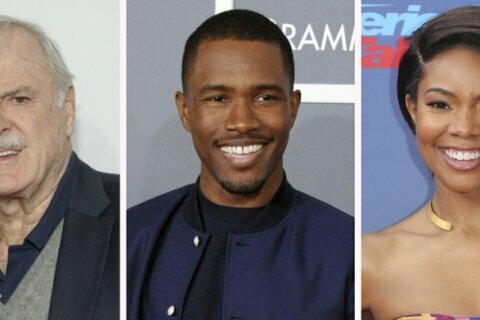