NEW YORK (AP) — A normal morning scene. Breakfast on the kitchen table. A newspaper rustles. A backpack is packed. The mother asks her teenage daughter if she’ll be home later. “It’s Tuesday, so, um, I’m going to go to Dad’s.”

The look of concern on the mother’s face, and the tone of the school day’s interactions, give a sense of some unspoken loss hanging over the girl. Each detail tugs at you until finally, after the girl has spent the afternoon alone in the dying light of her father’s apartment, her mother arrives to quietly take her home.

So unfolds “Tuesday,” the first short film by the 35-year-old Scottish filmmaker Charlotte Wells, and one that bears many of the hallmarks found in her shattering feature debut, “Aftersun.” It, too, centers on a young girl and her father. It, too, radiates with the glow of memory while coursing with an undertow of grief.

“I made the first one without ever considering who would see it and why. It was an exercise for myself. A few people responded very strongly to it, but it was a few. Like, 10% would be generous,” Wells says. “But when they did, it was a very meaningful response. It seemed very sincere. That was always enough for me.”

Many more have been moved by “Aftersun.” Devastated, actually, is more like it. Since its premiere at the Cannes Film Festival in May, “Aftersun” has accumulated a rare kind of buzz. Here was the uncommonly mature debut of a filmmaker of masterful control and deep wells of empathy. Here was the self-evident launch of a major new voice.

“The rumors,” The New Yorker wrote recently, “are true.”

It was Wells’ shorts that first brought her to the attention of Barry Jenkins and Adele Romanski. While making “If Beale Street Could Talk,” they had coffee with Wells to talk about a possible feature. Two years later, Wells came back with a script. Romanski and Jenkins signed on to produce through Pastel, their production company formed with the intention of enabling young directors similar to how Plan B helped them make “Moonlight.”

“Through that whole process, Charlotte always had faith in the ethereal gooey stuff that you can’t arrive at mathematically, that you can’t arrive at through some book on screenplay conventions,” Jenkins says. “I kind of describe it as a magic trick. As you watch the film, you get to those last two minutes, and you realize: ‘Holy s—, I’ve arrived at this place and it feels like magic.”

“Aftersun,” which A24 releases in select theaters Friday, stars newcomer Frankie Corio as 11-year-old Sophie who’s traveling with her father, Calum (Paul Mescal), on a summer vacation in Turkey. Gently poised from the perspective of an older Sophie we only vaguely see, the film is a memory piece. In many ways, it feels like a coming-of-age film. Sophie, teetering between childhood and young adulthood, is attracting the attention of older kids. But we gradually grasp that it’s not Sophie who’s sliding away from her dad. It’s Calum, wrestling with his own demons, who may be adrift.

Coming from her Brooklyn apartment and shortly before ducking into the fabled Criterion Collection closet, Wells, who goes by “Charlie,” met a reporter for coffee near Union Square in New York to reflect on a head-spinning year and some of the heartache behind “Aftersun.” Wells’ father died when she was 16.

“He lived in London for the most part when I was a kid. I spent a lot of time with him. He would come up a lot,” Wells says, brightening with his memory. “He was really loving and ambitious and super creative and probably had some ambition that I be a filmmaker, which is something that occurred to me only recently. I hate to think that I fulfilled some idea of what a parent wanted for me. My goal was to do the opposite.”

Wells has sometimes spoken obliquely about the personal roots of “Aftersun,” describing it as “emotionally autobiographical.” But many details of the film have profound connections with her life. Sophie plays at times with a Mini-DV camera. Wells’ father gave her the same kind of camera as a teenager.

“I was always preoccupied with keeping a record of things visually,” Wells says, describing how she shot friends and parties, including a last-day-of-school celebration before reluctantly changing schools. “I recorded everybody and everything. It really froze that moment in time in a way that I felt like I could still slide back into it.”

In writing “Aftersun,” she played back old Mini-DV tapes that her father shot of her, sometimes drawing dialogue from the footage. The tapes prompted reflection about how memory and film intertwine.

“There’s a one-hour tape that I received well past being a teenager,” says Wells. “It’s a game of chess between us and his friend and everyone’s head is cut off. It’s just torsos. It’s like the cruelest joke that only I can find funny. It’s such a strange record to have and definitely had some impact on the film.”

Her father, Wells says, exposed her to a lot of art, music and film — sometimes to “stuff that was much cooler and more interesting than I was ready for,” said Wells. “It laid a foundation so that when I was ready on my own terms, I could find it.”

Wells’ film education continued at New York University where she made several shorts. Even in her student films you can see an uncommon balance of subtlety and revelation. In Wells’ films, there’s often a surface reality and a hidden, more painful one. In “Laps,” which was inspired by a similar experience Wells had on the subway on her way to NYU, a young woman is sexually assaulted on a crowded train where no one notices — or, at least, no one seems to notice.

“I think ‘Laps’ is the least oblique,” she says of the short, a prize-winner at Sundance and SXSW in 2017. “If you miss what’s going on, I really think you don’t want to see what’s going on.”

To Romanski, “Aftersun” may be a step up into features, but there’s nothing “first film” about it.

“There’s a deep belief that if someone like Charlotte does what they’ve already demonstrated in 10 minutes what they’re capable of over 90 minutes — and if we do our job as producers — then you can arrive at a place like ‘Aftersun,’” says Romanski.

Making it, though, meant toiling over every detail, carefully sculpting the film’s precise but organic flow. “I wrote so many openings and so many endings,” Wells sighs. Jenkins, himself a maker of richly vivid, lyrical films that compress present and past, was intimately involved in the process. He estimates that through the edit, he’s seen the film 12 to 15 times.

“There were times I’d watch the damn film four times in a week,” says Jenkins. “You’d have to watch it how these small moves make these massive ripples.”

“Aftersun” has made its own waves playing on the festival circuit around the globe, including the New York Film Festival and the Toronto International Film Festival. Wells, who started out making movies as “an exercise for myself” has been surprised by how much “Aftersun” has resonated with others.

“Adele likes to remind me: ‘See, you would have been happy if only one person got your film,’” Wells says, smiling. “But it has been nice, I’ll admit, that more than one person has responded to this film, and that the ratio has been flipped a little. I don’t know why.”

“But I’m glad I never thought about what would happen when the credits rolled, until they rolled.” 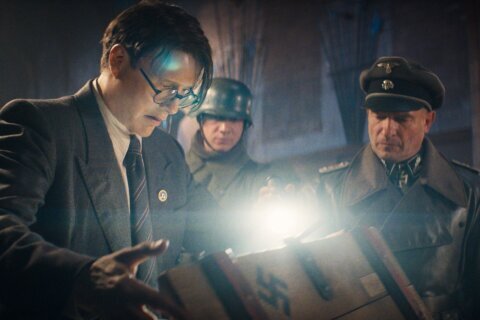 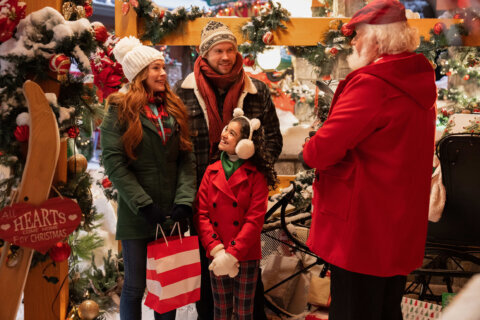 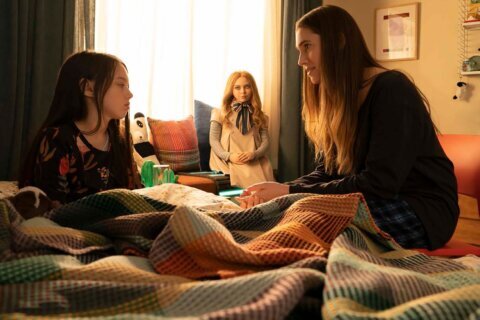 ‘M3GAN,’ the next generation of creepy doll movies, is not playing around