LEEDS, Ala. (AP) — Pato O’Ward opened the IndyCar season last year with three blistering laps around Barber Motorsports Park in a record-setting run to win the pole. The next day, Alex Palou dominated for his first series victory.

IndyCar’s crop of young stars began their takeover in Alabama a year ago and return for Sunday’s race still disrupting the status quo.

There’s work to be done, though: Team Penske has won the first three races of the season and will try on Barber’s permanent road course to win four straight to start the year for the first time since 2012.

“You cannot always win, like Penske guys have been doing so far this start of the season,” said Palou, who launched his championship-winning season with the Barber victory. “We’ll try and stop those guys at Barber.”

Penske has the familiarity at Barber, a picturesque 2.366-mile course that spans 17 turns. Josef Newgarden, winner of two straight races and the IndyCar points leader, is a three-time winner at Barber. Teammate Will Power, off to his best start in eight years, has two wins on the circuit.

Power is the only driver to lodge top-four finishes in all three races, a season already stacked with drama.

O’Ward was thick in the title hunt until last year’s finale but the popular 22-year-old started this season unhappy with his Arrow McLaren SP contract and it showed on the track. He scrapped to a fifth-place finish earlier this month at Long Beach that returned him to the right headspace.

Now he’s agreed in principle with McLaren on a contract extension and was back to his exuberant ways Friday at Barber, his strongest track. Is that dangerous to the rest of the field?

“You tell me,” he smiled. “I feel like me again. I missed the simplicity in my life, and that’s all I wanted all along. After qualifying in Long Beach, I was in my (hotel) room and I was with my mom and my cousin… I just said ‘Screw this. Why am I letting this affect me?’

“And I ran a great race. That’s the mood that I want the rest of the year. Because what ultimately makes me happy is I want to win.”

His teammate is in a bit of limbo in a contract year as McLaren plans to expand to three cars. Alexander Rossi is widely believed to be headed out at Andretti Autosport and moving to the new McLaren seat, but Felix Rosenqvist is in a contract year and knows he needs to produce.

Rosenqvist feels far more comfortable and confident as he seeks an extension to stay into 2023.

“I think the problem is there was always something different,” Rosenqvist said. “So it’s, I don’t know if it’s me, or if it’s just a combination of things, but for sure it kind of gets to your head. I can win a race. I’m better than ever.”

And then there’s Indy Lights champion Kyle Kirkwood, driving for AJ Foyt Racing and overperforming for one of IndyCar’s smaller organizations. Kirkwood admitted Friday he’s already receiving overtures from other teams about 2023.

“Right now, I don’t want to be very involved,” Kirkwood said. “I don’t want my head to go there this early in the season.”

JIMMIE BACK AT IT

Jimmie Johnson showed no lingering effects from the broken right hand he suffered in a crash at Long Beach. Johnson broke a bone on opening day, used a special cast to get back in the car and then crashed two more times.

He had surgery the day after the April 10 race and was back in the car a week later to test at Indianapolis Motor Speedway, where Johnson turned the fastest lap of his storied career. The seven-time NASCAR champion — and four-time Indianapolis winner in a stock car — went 227 mph around the speedway.

“I think ovals are a nice fix,” joked Johnson, who will make his Indianapolis 500 debut next month.

He said Long Beach was derailed by “just trying too hard” and Johnson received a slew of text messages — including words of encouragement from Ryan Hunter-Reay and Marco Andretti.

Barber marks the first road course race on the IndyCar schedule. The series has so far raced on the street courses in St. Petersburg and Long Beach, and the oval at Texas Motor Speedway. … Scott Dixon has finished on the podium in nine of his 11 previous starts at Barber and the streak includes six runner-up finishes. The six-time IndyCar champion has never won at Barber. … Newgarden can win $1 million with a victory Sunday as part of the “PeopleReady Force For Good Challenge.” The challenge promised a $500,000 bonus and a matching $500,000 donation for the charity of choice to the driver who wins on an oval (Texas) and street course (Long Beach). Newgarden selected Wags and Walk Nashville and SeriousFun Children’s Network as his charities. 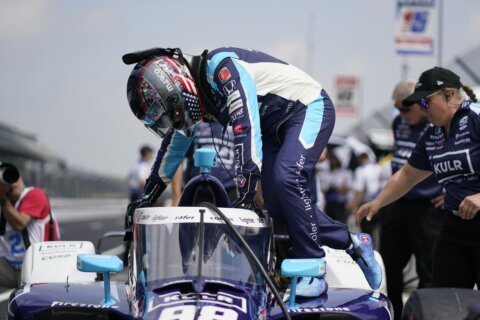 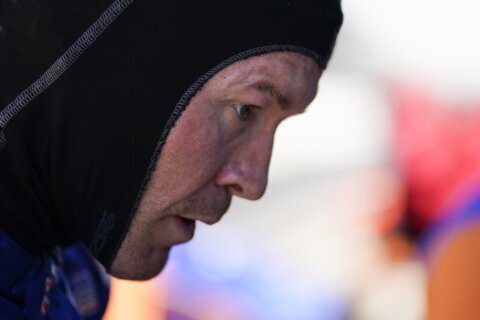