NBC hopes for more IndyCar as contract comes to an end

INDIANAPOLIS (AP) — NBC Sports heads into its third Indianapolis 500 not ready to wave the checkered flag on its partnership with Roger Penske’s open-wheel racing series.

IndyCar’s current deal with NBC Sports is in its final season and contract negotiations are unclear. There have been reports Penske will take a higher rights fee from a new partner and that NBC has fallen out of the running on a renewal.

“We love IndyCar, we love the Indy 500, we love the partnership we have and hope we can continue that partnership,” Flood said. “All I know is we are fans of this relationship and want it to continue.”

ABC aired the Indianapolis 500 for 58 years in a deal that ended in 2018. The IndyCar television package was often split between networks, but not until NBC took over the entire schedule in 2019 did the network also get its first crack at “The Greatest Spectacle in Racing.”

NBC Sports counts IndyCar among a hefty motorsports programming schedule that includes NASCAR, IMSA sports cars, MotoGP and Supercross. If another network wants to wrest IndyCar away from NBC, Flood said his team set a standard in coverage that would be tough to beat.

IndyCar this year has a record nine races on NBC but practices and qualifying have been shifted to its Peacock streaming service. Penske has been tight-lipped on what he wants for the series as he heads into his third year of ownership, and he is admittedly still learning about streaming services.

For now, Flood plans only to continue putting forth the best production possible from NBC Sports.

Leigh Diffey will again be lead announcer on Sunday alongside analysts Townsend Bell and Paul Tracy. Mike Tirico will host the studio show for a third year with Danica Patrick, while s even-time NASCAR champion Jimmie Johnson has joined the coverage team.

NBC averaged 3.67 million viewers and a 2.3 rating for last year’s Indy 500, won by Takuma Sato in August when the race was moved away from Memorial Day weekend because of the pandemic and held without spectators for the first time in its 104 runnings. It was the lowest rating and viewership in the history of the storied race even after Indianapolis Motor Speedway lifted its usual local blackout last year because spectators were not permitted.

There had not yet been an announcement on the local television blackout for the 105th running on Sunday. IMS is permitting 135,000 spectators — about 40% of capacity at the vast facility — to attend the race.

“As partnership, and as the growth we’ve meant to the sport, and working with the team at IndyCar, we’re really proud of all we’ve accomplished over these years and hopefully continues in the future,” Flood said. “That’s the way we proceed into this season, planning on being partners for a long time to come.” 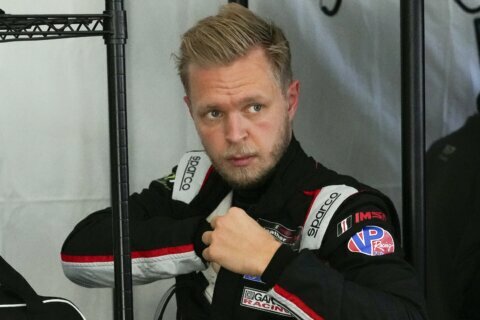 Magnussen content in sports cars and not looking back at F1 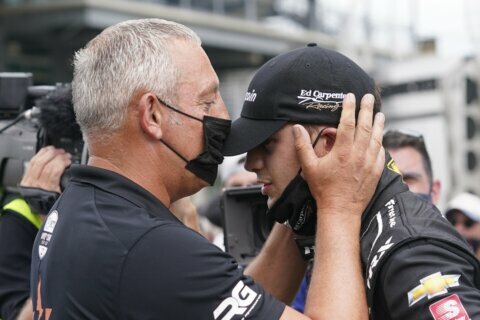 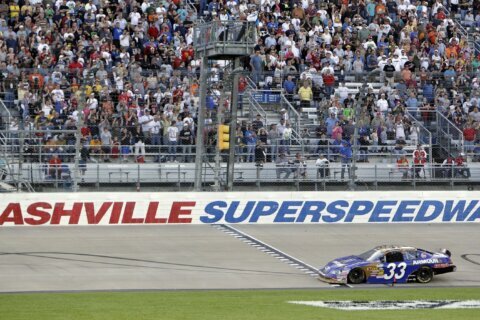