Ferrari’s Charles Leclerc out of Monaco GP after taking pole

Charles Leclerc’s chances of winning his home race from pole position at the Monaco Grand Prix are over after he pulled out shortly before the start Sunday because of a gearbox problem.

Leclerc damaged the gearbox when crashing 18 seconds from the end of Saturday’s qualifying. He risked a five-place grid penalty if the gearbox was changed, but Ferrari said earlier Sunday he could race with it.

About 20 minutes before the race was scheduled to start at 3 pm local time, Ferrari issued the bad news home fans were dreading.

“Charles will not start the race due to an issue with the left driveshaft which is impossible to fix in time,” Ferrari said in a statement.

As drivers embarked on their warmup laps a short time earlier, Leclerc complained about the gearbox and went back to the garage.

“We have an issue, we are not going to the grid, we try to fix it here. We will not make it to the grid,” Ferrari sporting director Laurent Mekie told race director Michael Masi on the radio.

The race director decided not to move Red Bull driver Max Verstappen up from second to pole and left that space blank, giving Valtteri Bottas more room to overtake Verstappen at the start.

All drivers effectively moved up a place, with world champion Lewis Hamilton starting sixth after qualifying a lowly seventh.

In a dramatic qualifying session on Saturday, Leclerc won the first pole for Ferrari since 2019 despite crashing and also became the first driver from Monaco to take pole here.

Prince Albert, whose hilltop palace overlooks the track and who is close to Leclerc, attended the race and gave Leclerc a consoling hug.

Fans returned, but in small numbers and many hoisted flags and banners in support of Leclerc.

Before the race, the 23-year-old waved at what he calls his “neighbors” as they leaned out of windows and brandished red-and-white Monaco flags.

“Charles L’Eclair” (Charles Lightning) read one banner, a word play on his name and renowned speed.

But he has no luck at the venue.

Two years ago, Leclerc retired early in his first season at Ferrari. 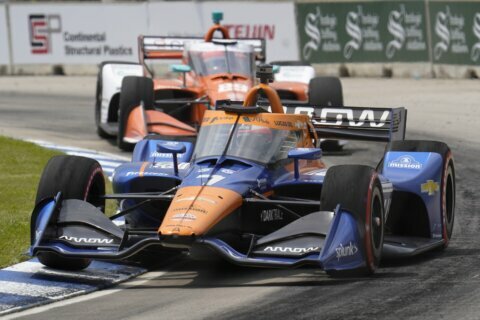 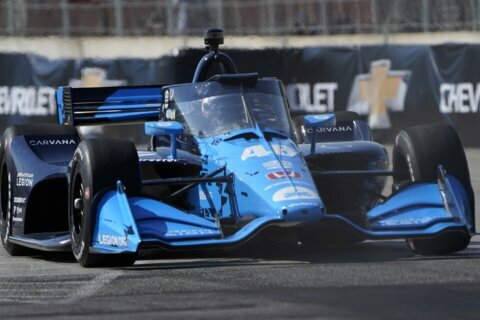 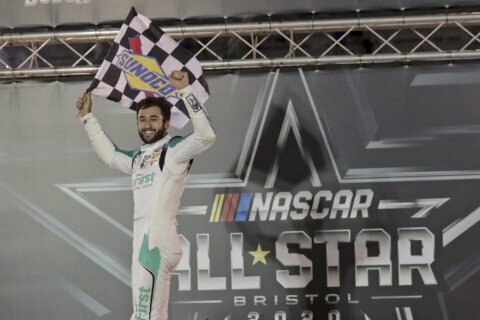 NASCAR All-Star race will be Texas-sized sendoff for Gossage