Yes, he’s led more Indianapolis 500 laps than any driver who never reached victory lane. He also knows it’s a title that could have been avoided if the Championship Auto Racing Teams series and the Indy Racing League hadn’t parted ways in 1996, splitting American open-wheel racing in two.

For Andretti, it came with a heavy price. He missed five 500s in the prime of his career — five chances to end the dreaded Andretti curse. And he, like so many other drivers, had no choice. The big teams and big sponsors all went to CART and the top drivers followed in a bitter, 12-year divorce that nearly ruined the sport.

“I felt cheated,” Andretti said. “I lost five years of winning the race in my prime. It’s a disappointing feeling.”

Today, the remnants of those forgettable days barely make a ripple in Gasoline Alley.

Friendly drivers revel in laughter and jokes. Series officials are trying to grow the sport. The controversial rule that guaranteed IRL regulars 25 of the 33 starting spots in the 500 ended long ago, and Tony George, who was at the forefront of the split as speedway president, is no longer associated with IndyCar. His family sold Indianapolis Motor Speedway and the series to Roger Penske in January 2020. George did not respond to an interview request.

Bumping is back and so are the big stars, young and old.

But the survivors, like Andretti and Tony Kanaan, will never forget the tension or ill will that led to the schism that lasted until 2008. George was at the heart of it, starting the upstart IRL to battle the more established CART teams with their better-known drivers.

In 1996, CART scheduled qualifying for its inaugural U.S. 500 on the same weekend as pole qualifying in Indianapolis. The series also scheduled its Michigan race to be run the same day as the Indianapolis 500 and used Indy’s traditional three-car rows on the starting grid.

So naturally when a 12-car crash took out the entire first row and four of the six fastest cars just as the green flag waved, IRL fans considered it karma. Andretti called it a miserable experience.

CART’s credibility took a hit when series officials permitted teams to make repairs or use backup cars when the race restarted. It was never held again on Memorial Day weekend.

Kanaan, the Brazilian who won the 2004 IndyCar championship and the 500 in 2013, remembers how CART drivers responded to Juan Pablo Montoya’s dominating 2000 Indy victory when Chip Ganassi became the first team owner to return for the 500.

“The fact of the matter is we all wanted to be here at Indy,” Ganassi added. “Winning that day is what I take from it, and in a lot of ways it was a sad day in IndyCar racing. Thank God it’s behind us.”′

Once Ganassi made the initial jump, the game was on. Team Penske came back and won the 500 in 2001 with Helio Castroneves. Andretti returned that year, too.

In 2002, Penske rejoined the series permanently and Ganassi ran one full-time car in the series. With the big names returning and CART losing its television contract with ESPN/ABC, it was only a matter of time before a winner was declared.

Meanwhile, the march to the IRL continued. Ganassi went to a two-car lineup in 2003 and has run three or more cars in nine of the 13 seasons since reunification in 2008. Andretti returned with three full-time cars in 2003, a team that consisted of himself, Kanaan and three-time Indy 500 winner Dario Franchitti.

But the dust-ups continued as Indy’s 2002 disputed finish illustrated. Race stewards ruled that Paul Tracy, one of Andretti’s CART teammates, passed Castroneves with two laps to go after a yellow flag came out. Tracy appealed the decision, claiming the pass came before the yellow. The final decision came in July — for Castroneves.

Tracy still claims he was the actual winner and believes the bad feelings played a part in the ruling.

“It was us against them and them against us at that time, and you had two years in a row where CART guys came over and won the Indianapolis 500,” Tracy said. “I don’t think they wanted that to happen again so the yellow came out and that was an easy call. Without the yellow … .”

CART declared bankruptcy following the 2003 season and although Gerald Forsythe, Kevin Kalkhoven and Paul Gentilozzi tried to reprise the series as the Champ Car World Series, it only lasted four years. Champ Car officially folded in February 2008 and the healing began.

“That era was like Democrats and Republicans are now, it was that divided,” Tracy said. “A lot of drivers got more chances than when it was just solidly CART, and with 20, 25 seasons behind us, that’s probably the only positive to come out of it. It certainly divided the sport in a way that drove fans away to NASCAR.”

IndyCar officials have been trying to woo fans back ever since.

The record book now includes CART/Champ Car stats and after years of small crowds, declining television viewership and consternation about the future of the sport, open-wheel racing is on an upswing.

European drivers acknowledge IndyCar is gaining in popularity overseas, a new generation of talented, young drivers are bringing younger American fans on board and the tumultuous days of the split have been long forgotten by many of the folks who never played a part in it.

“The nice thing is the black cloud has blown away and I think we can build the series back where we were,” Andretti said. “I think we’re on a path to do that.” 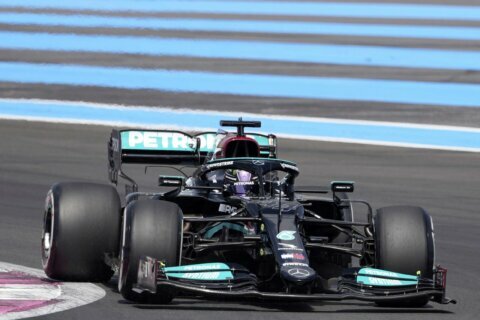 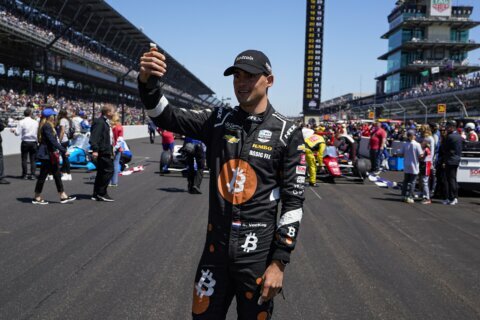 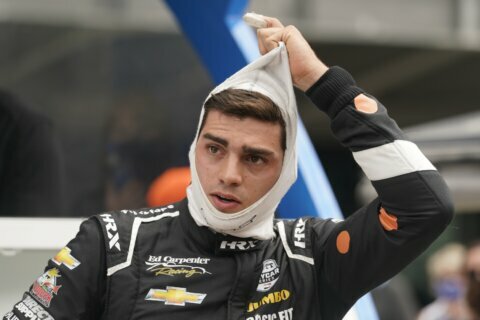