Logano takes the checkered flag in a haze of Bristol dirt

He couldn’t see much — visibility was next to nothing during this Monday dust storm — but Logano clung to the familiar bottom lane around the bullring to collect the checkered flag on this NASCAR experiment.

Logano got a jump on Denny Hamlin on the overtime restart to earn his third career victory at Bristol. But this was not the Bristol of old, the track had been covered with 2,300 truckloads of red Tennessee clay so that NASCAR could add a dirt track to the Cup schedule for the first time since 1970.

“How about Bristol on dirt, guys! This is incredible,” Logano said to the crowd, a reduced capacity sellout of about 30,000 fans.

“There’s nothing like winning at Bristol, but putting it on dirt and being the first to do it is very special.”

The Logano victory closed a weekend of uncertainty and even some hysteria as NASCAR launched this drive through the dirt. It was broadcast partner Fox who wanted a dirt race on the Cup schedule and Speedway Motorsports, seeking some new energy at its beloved Bristol bullring, said it would take the race.

So NASCAR awarded the experiment to Bristol, bypassing dozens of quality established dirt tracks across the country. The snub extended to Tony Stewart, who had successfully hosted seven Truck Series races at his Eldora Speedway dirt track in Ohio but said was never considered for a Cup race.

Marcus Smith, the CEO of Speedway Motorsports, insisted concrete Bristol was up to the challenge and he told The Associated Press he’d spent nearly $2 million to make the dirt dream a reality.

Smith was pleased with the buzz generated by the event, even as NASCAR huddled for solutions to extreme dust, poor tire durability and shifting weather conditions that made the buildup a muddy mess. When race day finally arrived, torrential overnight rains had flooded the Bristol grounds and NASCAR had to postpone Sunday’s show by a day.

Through all the consternation, Smith remained optimistic and headed to the track Monday morning convinced this dirt project was a success. The final product was a doubleheader — Martin Truex Jr. won his first Truck Series race in 15 years to open the day — and then Logano closed the Cup race with the overtime victory.

Everyone seemed happy, and before the race was even over, the track announced over the public address system that Bristol would run on dirt again next season.

“It’s only my fourth dirt race ever, so I had a lot of fun trying to figure it out,” Logano said. “I was having a blast racing, trying to find the right lanes, moving around.”

Ricky Stenhouse Jr., a veteran dirt racer, was second for his highest finish of the season. Hamlin, who had last raced on dirt in go-karts when he was 8, finished third.

Daniel Suarez was a season-best fourth for new team Trackhouse Racing, which is part-owned by Pitbull. Suarez’s first drive on dirt came in Friday practice and he caught on so quickly that he led his first laps of the season — 58 of them in all — and even bumped Logano out of his way to take over the point.

But Logano took over with 61 laps remaining and wasn’t challenged until the final restart when the race went to a two-lap overtime.

It was impossible to handicap this first dirt race because the teams had no idea how to prepare and the drivers had wildly varying experience. Kyle Larson and Christopher Bell, two of the top dirt racers in the country, were the favorites and the race might have gone differently had the two not crashed with each other 54 laps into the race.

Seven of the Cup regulars entered the Truck Series race just to get some track time on an unknown surface, a decision that bought them two additional practice sessions as well as Monday’s earlier race. Truex, a dirt novice, dominated the field to win the trucks and led a race-high 126 of the 253 laps.

Suarez was the other benefactor of adding the truck to his schedule with a breakthrough finish for his brand new team. Of the so-called dirt experts, it was Stenhouse with a quiet runner-up finish who delivered.

Ryan Newman, who in the past few years began racing a bit on dirt with some regularity, finished a season-high fifth.

There had been serious pre-race concern that the 3,400-pound Cup cars were too heavy for the Goodyear tires on the dirt surface. The combination on Friday, in addition to kicking up serious dirt, caused the tires to wear to the cords while deep ruts developed on the track.

The rain that washed out Sunday racing also washed away much of the problems, and an all-nighter by the Bristol track prep crew had the surface ready to go for the doubleheader. It wasn’t perfect and the dust was an absolute visibility hazard for the drivers, so much so that midway through the race NASCAR ordered all restarts would be single-file to mitigate the sudden burst of airborne dirt.

NASCAR is off for Easter and the Cup Series resumes Saturday night April 10 under the lights at Martinsville Speedway. Martin Truex Jr. is the defending race winner. 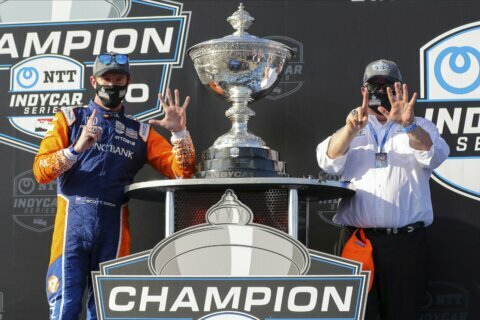 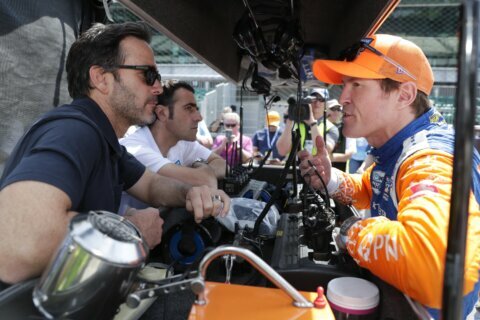 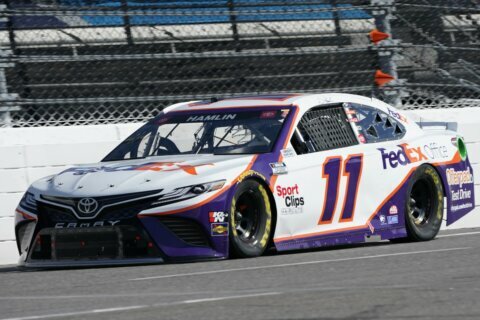