Hendrick off to fast start with 2 wins heading into Phoenix

CHARLOTTE, N.C. (AP) — Hendrick Motorsports celebrates each race win with a Victory Bell t hat is carted across the campus for every employee to ring.

If not for the pandemic, the bell would have made two trips so far this season.

The Hendrick folks believe the count should actually be at four.

Hendrick Motorsports is off to a blazing start this season with two wins through NASCAR’s first four races, a marked uptick for an organization that went deep into the schedule the last few years before its program found a rhythm.

William Byron and Kyle Larson have Hendrick on a two-race streak heading into this weekend’s race at Phoenix Raceway, where Chase Elliott won in November to clinch his first Cup Series championship. Elliott and Alex Bowman are winless through the first month, but Bowman won the pole for the Daytona 500 and Elliott, a week after a runner-up finish in that marquee event, had the field covered at Daytona’s road course until a questionable caution jumbled the race.

“I mean, certainly the Hendrick guys have come to play,” said Kyle Busch, a former Hendrick driver who has since won two Cup championships with Joe Gibbs Racing.

The momentum is a carryover from last season when Elliott gave Rick Hendrick his first title since Jimmie Johnson won it in 2016. The team had failed to advance a driver into the championship round in the three years between titles, a stretch that included an embarrassing 2018 season in which Elliott accounted for the only three wins for the entire organization.

The slow rebuild has focused on behind-the-scenes reorganizations and improving performance on 1.5-mile tracks. Hendrick Motorsports trailed its rivals in nearly every statistical category, including victories, at those tracks last season.

But after two stops at the bread-and-butter NASCAR circuits, Hendrick Motorsports is undefeated on intermediate tracks. NASCAR this year has diversified the schedule but there are still two 1.5-mile tracks in the third round of the playoffs, where a win earns an automatic berth into the championship finale.

“We’ve delved in pretty deep as a group to try to get our collective knowledge base higher,” said Chad Knaus, who moved this year to vice president of competition at Hendrick after nearly two decades as a crew chief. “Each team has its own identity, for sure, and the leeway to do whatever it is that they need to do, but they really collectively work together.”

Knaus even suggested that winning seven championships with Johnson might have precipitated the lean years. Johnson went winless his final three seasons and the Hendrick organization needed significant time to adapt to the new Camaro introduced by Chevrolet in 2018 and then again in 2020.

The team has now had a full season with the new Camaro but Hendrick is also not following the lead of one team.

“Sometimes if you get somebody in there who is too overpowering, or maybe even too successful, they can lead the group in the wrong direction,” Knaus said. “The success that Jimmie and I had for years, it ruined a lot of advancement at Hendrick Motorsports. We won races that we maybe shouldn’t have and what happens is a driver and a crew chief say ‘Well, let’s just do it like the 48.’ That’s not always the healthiest thing.”

This quick start has given Hendrick 265 victories, just three short of the record held by Petty Enterprises. The boss isn’t celebrating just yet.

“I think you build momentum slowly in this sport,” Hendrick said. “We’ve still got work to do. We’ve got work to do in the pits. But we’ve got good speed. I just feel like the chemistry is so good right now. I don’t know if I ever remember it being any better across the board with all four cars.” 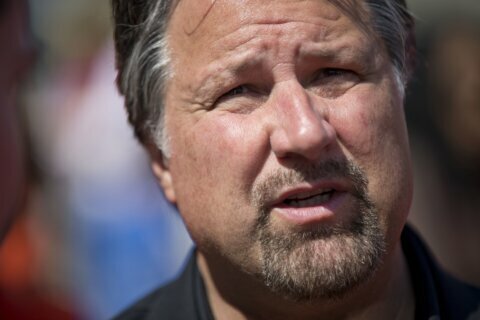