Team Penske found a one-year solution for Matt DiBenedetto while building a long-term plan to move Austin Cindric to the Cup Series.

DiBenedetto’s contract was extended Thursday to drive for Wood Brothers Racing in 2021. Cindric, currently competing in the Xfinity Series for Penske, will take over the seat in 2022.

Cindric will compete in both Xfinity Series next season as well as select Cup races. The 22-year-old son of Team Penske president Tim Cindric showed this season he is ready for a promotion to NASCAR’s top series, a move that could have cost DiBenedetto his seat with the Penske-affiliated team.

“As we continue to position our team for future success, it is important to make sure Austin continues his development in the Xfinity Series with Team Penske,” said Roger Penske. “Austin has made great strides in recent years and he has become a consistent winner and a true championship contender this season.”

Penske said Cindric will drive one final season in Xfinity then take over the No. 21 Ford from DiBenedetto in 2022 when NASCAR’s new car debuts.

Penske and the Wood Brothers formed a technical alliance in 2015 designed for talent development. Ryan Blaney began his Cup career in the No. 21 before Penske pulled him in-house.

DiBenedetto desperately wanted to keep his seat and has publicly lobbied for it the last few weeks. He made the playoffs in his first year with the team but was eliminated after the first round.

DiBenedetto finished second the last two weeks, but his runner-up finish at Talladega on Sunday was disqualified after NASCAR ruled he’d driven below the out-of-bounds line.

“It’s such an honor to be able to continue to drive for Wood Brothers Racing and have another year to grow with this organization,” said DiBenedetto. “These types of decisions take a lot of time, as we all know there are a lot of factors in play. All three groups want to make the best decisions for everyone involved and I’m appreciative to have the opportunity to continue to compete for such a legendary race team.”

“Every race car driver wants to advance in his career, and I can’t think of a better way to do that than on a clear path with Team Penske that will eventually lead to a full-time opportunity in the NASCAR Cup Series,” Cindric said. “Another season of experience in the Xfinity Series will be beneficial and I’m looking forward to competing in some Cup Series races in 2021 to prepare for a full season in 2022.” 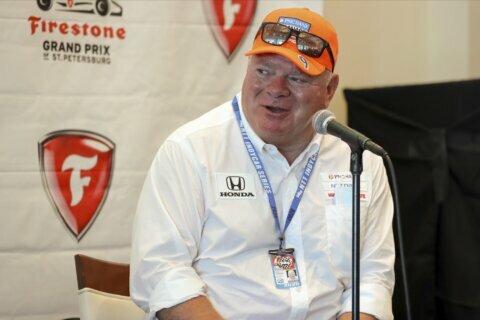 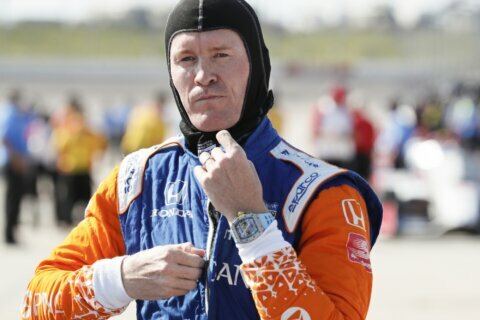