LAS VEGAS (AP) — Two decades of heartbreak at his home track finally ended for Kurt Busch when a little bit of luck fell his way at Las Vegas Motor Speedway.

Busch happened to be the leader when a late caution Sunday night jumbled the field and put him in control of his 0-for-21 losing streak in his hometown. He had three magnificent restarts, including one in overtime, to steal a vital playoff race.

The good timing helped Busch sneak his way into the third round of the NASCAR Cup playoffs. He had been ranked last among the 12 title contenders before the race; now he’s guaranteed a slot in the round of eight.

“This is 20 years of agony and defeat and today triumph,” Busch said. “I don’t know if I have any gas left or if I just filled my tank up to go win every race. This is my hometown and I have so many people to thank and I know they are watching on television so proud of their hometown driver.”

The win, the first of the season for the 2004 Cup champion, was celebrated alongside younger brother, Kyle. The reigning NASCAR champion slammed doors with his big brother on the cool-down lap. Busch then took the checkered flag to the finish line and smacked it on each of the letters in Las Vegas.

“This is what kids dream of when they grow up racing. You dream of winning at your hometown track,” said Busch, “and for two decades it’s kicked my butt.”

It was the first win of the year for Chip Ganassi Racing and the first in the playoffs for a Chevrolet driver.

Busch happened to be the leader during a a round of green flag pit stops interrupted with 32 laps remaining by just the fifth caution of the race. It cycled him to the lead for the ensuing restart and he had an incredible jump to control the front.

Busch did it two more times, including a final restart in overtime, to deny the challengers any shot at catching him.

Matt DiBenedetto, eliminated from the playoffs last weekend, finished second in a Ford for Wood Brothers Racing in his best finish of the season. After the race, he reiterated he wants an extension to continue driving the No. 21 next season.

“I love driving for the Wood Brothers, I want that (win) No. 100 for them so bad,” DiBenedetto said. The team has a deadline this week to inform DiBenedetto if he’s being extended for next year.

Denny Hamlin dominated the race until the cautions jumbled the finish but rallied to finish third in a Toyota for Joe Gibbs Racing. He first gambled to pit for new tires to give him a shot to work through traffic, then chose the top lane in the overtime shootout in a mad scramble to catch Busch.

“By far the best car I’ve had in Las Vegas in a long time,” Hamlin said. “Really encouraged by the way we ran, but very disappointed that we didn’t get a win. It’s just been the way the playoffs have gone. Whoever stays out the longest puts themselves in a great spot to win.”

Martin Truex Jr., another Gibbs driver, was fourth and followed by Alex Bowman in Chevrolet and Gibbs driver Kyle Busch, who is 0-for-30 this Cup season as he seeks a second consecutive title.

Kyle Busch appreciated the milestone his older brother achieved in finally winning at Las Vegas. Kyle has one Cup win, in 2009, but both brothers have always struggled at home. Not only had Kurt Busch never won before at Las Vegas, but he had just five top-10 finishes before the win.

“We’ve never really been very good here, I think he would admit it,” Kyle Busch said. “It was pretty cool to finally see him get a victory here in Las Vegas and score a hometown win. That’s kind of like a Daytona 500 win, but he’s got one of those, so he still one-upped me again.”

Kyle Busch, Clint Bowyer, Aric Almirola and Austin Dillon are all below the cutline with two races remaining in the second round. NASCAR races next weekend at Talladega Superspeedway and then closes this round at Charlotte Motor Speedway on the hybrid “roval” road course-oval. 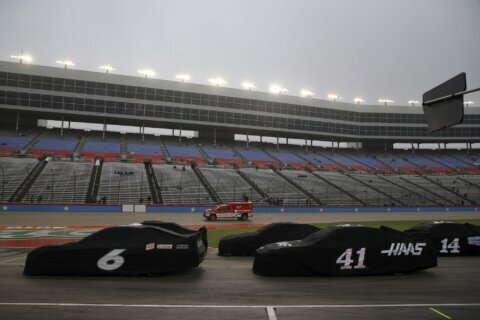 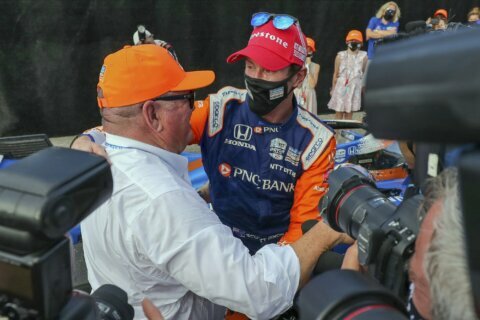 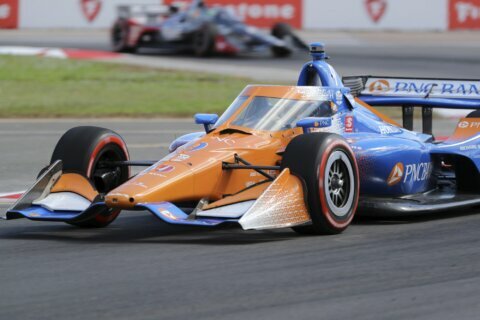