NASCAR’s premier Cup Series could have all the above during its regular-season finale Saturday night.

The final three playoff spots are up for grabs as stock car racing returns to the high-banked superspeedway two weeks after running the road course. Nearly half the field is looking to clinch a postseason berth with a victory, including seven-time series champion Jimmie Johnson. The high stakes could make for a 400-mile, white-knuckle ride at close to 200 mph.

That’s exactly what NASCAR envisioned when it moved Daytona’s summertime extravaganza to the regular-season finale. Cup races at Daytona already were considered wild-card events in which just about anyone could end up in victory lane. Now, there’s even more on the line.

Especially for Johnson, who is retiring as a full-time driver at the end of the season. He likely would be safely in the predicted playoff field had he not missed a race because he tested positive for COVID-19 and had a second-place finish thrown out after his car failed inspection.

“We’ll see how it plays out. It could be a storybook ending for us, which would be amazing, and I know the fans would really appreciate that and enjoy it,” Johnson said. “We all understand the story lines. I’m excited. I’m ready to go. I’m not one to spend too much time to get overly sentimental.”

He enters the weekend trailing Matt DiBenedetto by nine points and Hendrick Motorsports teammate William Byron by four in the standings. Johnson’s best shot at making the postseason — assuming he doesn’t win at Daytona — requires him to make up ground on DiBenedetto or Byron in the points and not have someone below him in the standings pull off a huge upset.

Adding to the intrigue, Johnson’s former longtime crew chief on the No. 48 Chevrolet, Chad Knaus, is now atop Byron’s pit box.

“I’ve been there. I’ve had him coaching me along. I just know where his head is, and I know how difficult and weird it is to look at the 48 car as the guy they’ve got to beat, and then the way you go about motivating yourself to beat your competition,” Johnson said. “I’m sitting on my side going through the same thing, and it’s William and Chad, specifically Chad.”

Clint Bowyer is 14th and needs just three points to clinch a playoff spot. DiBenedetto, Byron and Johnson are essentially vying for the final two positions.

But if an outlier wins — notable drivers include Erik Jones, Bubba Wallace, Ricky Stenhouse Jr., Ryan Newman and Matt Kenseth — then there would just be one spot remaining for those three drivers on the bubble.

“Nothing really fazes me a whole lot at this point in my career,” said DiBenedetto, who drives the No. 21 Ford for Wood Brothers Racing. “All I can do is just not really stress. I let my wife do all the stressing for me. She’s been a basket case of emotion this week.”

So anything can happen at Daytona. Throw in the raised stakes, and it’s sure to create an ultra-intense couple of hours on the track.

“It’s going to be crazy all the way down to the finish,” Stenhouse said. “I think it’s going to keep everybody on the edge of their seat for sure.” 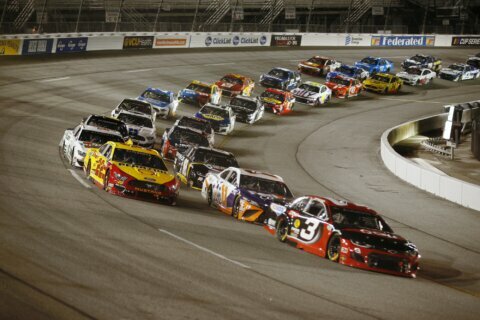 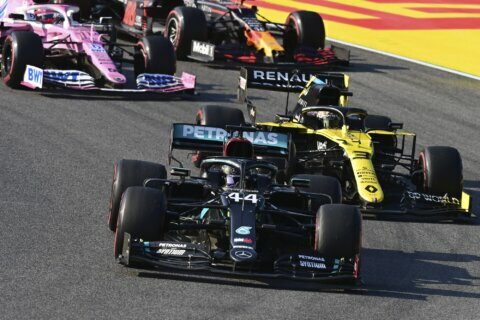