Ryan Newman said he suffered a head injury in his crash on the last lap of the Daytona 500 but did not disclose details in a statement from the driver read before Sunday's race at Las Vegas Motor Speedway.
Listen now to WTOP News WTOP.com | Alexa | Google Home | WTOP App | 103.5 FM
(1/4) 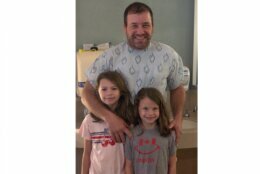 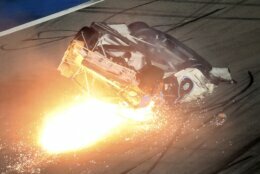 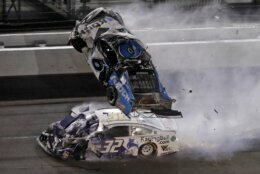 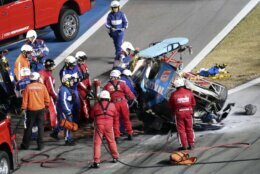 LAS VEGAS (AP) — Ryan Newman said he suffered a head injury in his crash on the last lap of the Daytona 500 but did not disclose details in a statement from the driver read before Sunday’s race at Las Vegas Motor Speedway.

“I was fortunate to avoid any internal organ damage or broken bones. I did sustain a head injury for which I’m currently being treated,” Newman wrote in a statement. “The doctors have been pleased with my progression over the last few days.”

There is no timetable for Newman’s return to racing, but Roush Fenway Racing said the 42-year-old Indiana native is determined to get back to the track.

“He has expressed unequivocally that this is where he wants to be and he wants to be back in a race car,” said Roush President Steve Newmark, adding that once he returns, Newman wants to be the one to address his health personally.

“Ryan actually wants to be the one in front of you to answer those questions,” Newmark said. “He and I talked about that and he’s kind of chomping at the bit to get back here and I think he feels that would be most appropriate for him to be behind the mic answering a lot of those questions.”

Roush Fenway gave its first detailed account of the harrowing ordeal that began when Newman, while leading the last lap of the rain-delayed Daytona 500, was involved in a crash that sent him hard into a wall, airborne, hit in the driver side door by another car, then trapped in an upside-down Ford on fire as rescue workers tried to free him from the damaged vehicle.

He was hospitalized Monday night in what Roush officials called serious but not life-threatening condition — which Newmark said they did not learn until Newman’s father passed along the information from doctors roughly two hours after the accident.

Newman walked out of the Daytona Beach hospital roughly 42 hours later appearing unscathed and holding hands with his two young daughters. The photo of that moment, Newman said in his statement, was a testament to the Roush Fenway Racing organization “that built me a car not only fast enough to lead the final seconds of the Daytona 500, but strong enough to do its job under great distress, allowing me to survive such an accident.

“I am truly indebted to each of you and it is unlikely I will ever be able to properly express to you how much the diligent effort with which you conduct your craftmanship has affected me and my family. I hope you took pride in the photograph of me walking out of the hospital hand-in-hand with my daughters on Wednesday. Thank you. I can’t wait to get back in your race car.”

Newmark opened the news conference by reading Newman’s lengthy statement, which began with an apology from the driver for not being in Las Vegas. Ross Chastain will drive the No. 6 Ford on Sunday at Las Vegas Motor Speedway as Newman’s streak of 649 consecutive starts dating to the 2002 season opener comes to an end.

“I have spoken with Jack Roush and he has assured me that the No. 6 car will be waiting and ready for my return,” Newman concluded in his statement. “I’m looking forward to getting behind the wheel and battling for another race win in the Roush Fenway Ford.”

Newmark said Newman intends to race for the 2020 Cup championship this season, and he plans to ask NASCAR for an exemption to qualify for the playoffs once he’s medically cleared to return.

Newmark briefly touched on the emotions of the Roush organization after the accident, and said the team had to force employees to leave Daytona and return to North Carolina to prepare for Las Vegas rather than sit outside the hospital waiting for updates.

“It probably fits right in to the definition of an emotional roller coaster — we went from what we thought was seconds away from winning the Daytona 500 with Ryan … it was looking like it was going to be a storybook race for us and a great start to the season, and all of that changed in an instant,” Newmark said. “We go from not caring about the race, not caring about the competition, in fact I’m not sure that we knew who had actually won the race until a few hours later because the whole later was on Ryan’s safety and well-being.”

Race winner Denny Hamlin was among many industry regulars to stop at the hospital, as did most of NASCAR’s executive team from Chairman Jim France on down. Newmark said NASCAR Vice Chairman Mike Helton arrived at the hospital Monday night moments after the Roush representatives did.

Newmark noted that Newman’s biting humor has not changed and that the biggest sigh of relief came when the team saw Newman’s family mocking him for his large build and love of Krispy Kreme doughnuts.

“He is as tough as they come and it was also refreshing to be in the hospital room listening to his family make fun of him for having no neck and for just being completely thick,” Newmark said. “And there is truth to the rumor that when he heard there were doughnuts down in the room where we were all congregated, that he asked his dad to confiscate some and bring them back up to his room. Not a surprising development.” 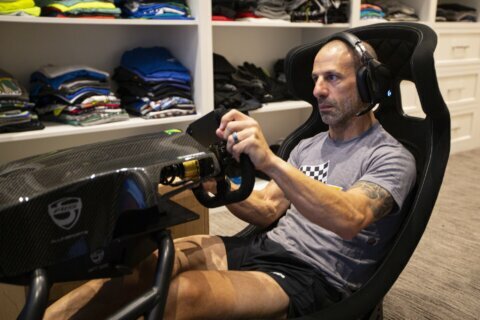 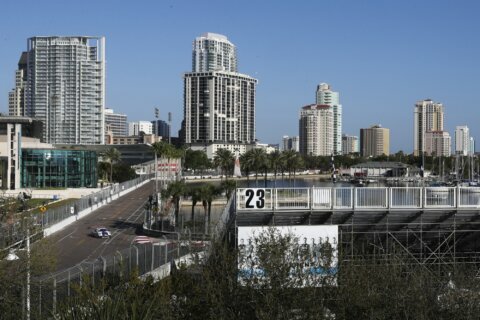 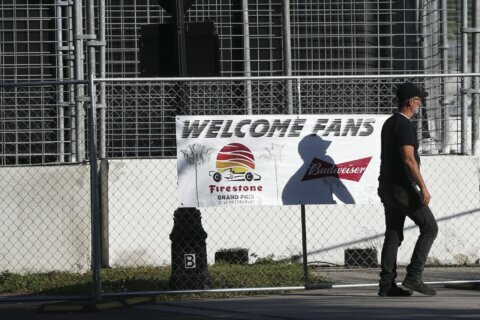