On the third and final day of testing this week, Bottas was nearly eight tenths of a second faster than Hamilton, and nobody else was able to get any closer.

Mercedes is using a novel steering system in which drivers pull the steering wheel back and forth to adjust the angle of the front wheels on straights.

“I loved seeing that, hats off to them,” Renault driver Daniel Ricciardo said. “They’ve been dominant this whole turbo era yet they are still pushing everyone else when it should be us pushing them. They are setting an example right now and not many people would have thought about that.”

Ferrari team chief Mattia Binotto said it was too early to understand the benefits of the new system.

“We need to understand how it works and what could be the real performance benefit of it,” Binotto said. “I don’t think we have got a true understanding of it yet. We will look into it no doubt and develop it if worthwhile.”

Ferrari was Mercedes’ biggest challenger last season but it has yet to impress this year. Sebastian Vettel was only 13th fastest on Friday, more than two and a half seconds behind Bottas’ time. The team had to make a power unit change on Vettel’s car after it stopped on the track, although ultimately he was able to run 100 laps in total for the day.

Bottas’ time on Friday was nearly half a second faster than Vettel’s leading lap with Ferrari a year ago. The Italians had been the dominant team in preseason testing last year.

“I am not as optimistic as last year,” Binotto said. “Some of the others are faster than us at the moment, I believe. How much faster is really difficult to judge and I will go through all the data in the next few days but I don’t think we are as fast as them at the moment.”

Mercedes has been the only team to run under 1 minute, 17.000 seconds so far this year. It also ran the most number of laps, with 494. Red Bull ended the first three days with 471 laps in total, while Ferrari managed only 354.

Mercedes had a trouble-free week except for an electrical issue that ended Bottas’ session earlier than expected on Thursday.

Renault’s Esteban Ocon was third fastest on Friday, followed by Lance Stroll of Racing Point, which has had solid runs on all three days. Racing Point is using Mercedes’ power units and gear boxes, and its car design was very similar to the one from Mercedes last season.

Racing Point technical director Andrew Green said there has been no transfer of information on parts from Mercedes, but he admitted they tried to copy what worked for the German team a year ago.

“What you see is what people have drawn from looking at pictures of Mercedes,” Green said. “We’ve utilized what we can see. There’s other teams taking pictures. There’s a pit lane full of photographers employed by the teams to take pictures of other peoples’ teams. All we did was utilize that information.”

Ricciardo, using a design on his helmet honoring Kobe Bryant, caused a red flag late in the afternoon session with an apparent power issue. Kevin Magnussen earlier crashed in his Haas after a punctured tire.

Drivers will be back on the track for another three days next week to close out preseason testing, which has been reduced from eight to six days to help compensate for the record 22 races on the calendar, including a new Vietnam Grand Prix and the return of the Dutch GP. Midseason testing also has been eliminated.

The season opens on March 15 at the Australian GP.

The Barcelona-Catalunya track will host the Spanish GP on May 10. 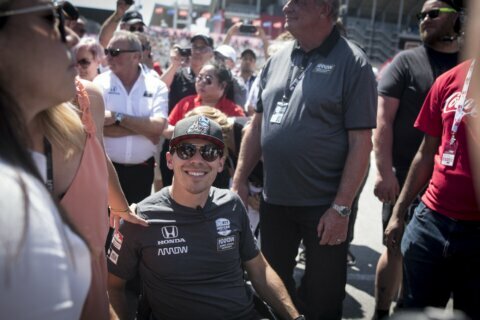 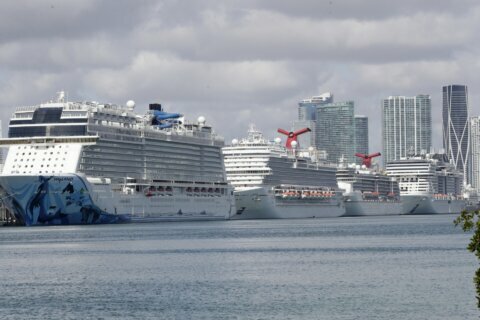 Column: Say no to bizarre ideas to get sports going again 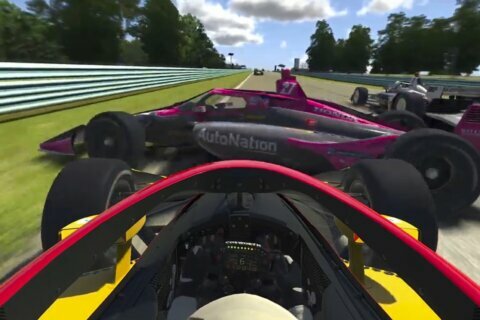 IndyCar’s virtual race to be aired on NBC Sports Network