MONZA, Italy (AP) — A mess. An absurdity. Dangerous. Idiots. These were just some of the terms were used to…

MONZA, Italy (AP) — A mess. An absurdity. Dangerous. Idiots. These were just some of the terms were used to describe the farcical end to qualifying for the Italian Grand Prix on Saturday.

Charles Leclerc rose above it all to secure a second straight pole position and give Ferrari encouragement it can end a nine-year wait for success at its home Formula One race.

Only Leclerc and Carlos Sainz crossed the line in time to set a timed lap in Q3. The other eight drivers were caught short jostling for position to try to ensure they had a car in front of them to catch a slipstream, with tow worth several tenths of a second at the high-speed Monza track.

“What a mess. Pole position anyway, guys. Sorry for the mess in the last lap,” Leclerc said on team radio at the end of qualifying.

“That was worse than a junior formula,” Wolff said. “The problem was everyone wants a slipstream and nobody wants to go first … and then everyone looks like idiots.”

It is being investigated by motorsport governing body the FIA, and Wolff added later: “None of us has ever seen such an absurdity.”

Leclerc, who claimed his first F1 victory last weekend at the Belgian GP, was 0.039 seconds ahead of championship leader Lewis Hamilton and 0.047 clear of Valtteri Bottas, much to the delight of the passionate Ferrari tifosi.

“The drag is a big issue here, the tow is a key to getting a good lap,” Hamilton said. “Everyone was slowing right down and also blocking the way, so you couldn’t really get through.

“It was pretty dangerous. I nearly crashed a couple of times trying to stay out of the way of the guys that were braking ahead of me and then people trying to come past me.”

It was Leclerc’s fourth pole position in only his second season in F1.

It was also the seventh race in a row that Leclerc has beaten four-time world champion Sebastian Vettel in qualifying. Vettel will start Sunday’s race from fourth after finishing 0.150 seconds behind his Ferrari teammate.

The start of Q3 was delayed after last year’s pole sitter, Kimi Raikkonen, hit the wall at Parabolica for the second time this weekend. The Alfa driver escaped unscathed.

Ferrari hasn’t won its home race since 2010 through Fernando Alonso, even after the storied Italian team secured a front-row lockout last season.

Hamilton is the man most likely to deny Leclerc back-to-back wins. The Mercedes driver has won four of the past five Italian GPs and is bidding for a record sixth triumph at the historic track to move ahead of Michael Schumacher as the master of Monza.

Hamilton, a five-time world champion, has a 65-point lead over teammate Bottas in the standings.

Third-placed Max Verstappen, who is 87 points behind Hamilton, will start from the back of the grid along with Lando Norris and Pierre Gasly because of engine penalties.

Ferrari has once again dominated the weekend, with Leclerc fastest in both Friday practices and Vettel clocking the best time in Saturday’s final practice.

Practice was delayed on Saturday due to track repairs after a huge crash in the Formula Three race.

Alex Peroni’s car was launched into the air and landed on top of the catch fencing. The 19-year-old Australian driver was able to walk to the medical car and has since been taken to hospital. 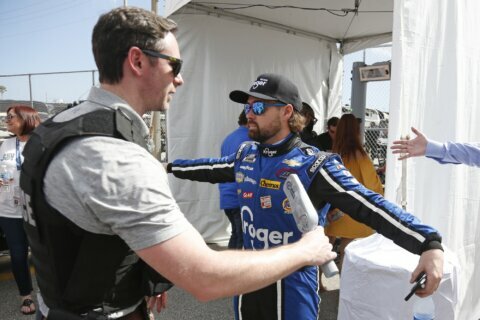 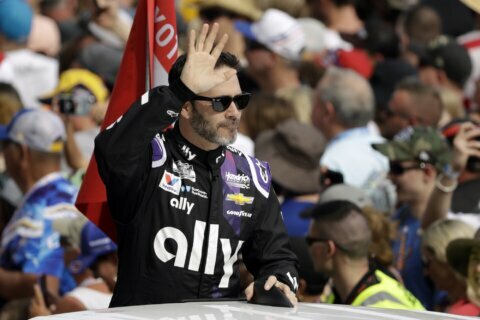 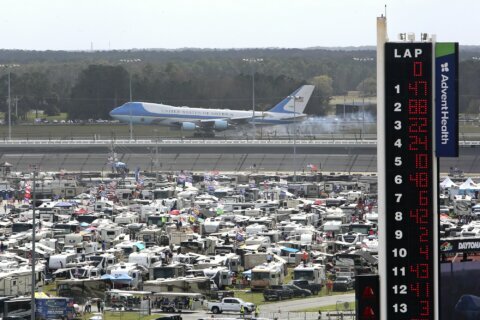