Truex was able to pass leader Joey Logano when Logano was held up in traffic near the end of the 80-lap stage.

The second stage was difficult for playoff contenders Clint Bowyer and Erik Jones. Bowyer struggled from the pole, was lapped by Logano and ended the stage in 20th.

Jones went to the garage with a mechanical issue and was 16 laps off the pace when he returned to the track. He finished the second stage in last place.

Kyle Busch also struggled to make up much ground and ended the stage in 28th.

Logano led four Fords at the end of the stage, with the Stewart-Haas Racing trio of Kevin Harvick, Aric Almirola and Daniel Suarez right behind him at Las Vegas Motor Speedway.

Kyle Busch grazed the wall just five laps into the race and he plummeted to 28th in the running order.

Busch eventually had to pit for a tire rub under green and that dropped the regular-season champion to last in the 39-driver field and down two laps. Although he picked up a few positions, he was mired at the bottom of the running order in 32nd at the end of the stage.

As Busch was fixing his issues, Harvick later brushed the wall, telling his crew, “It wasn’t like I slapped it, I just kind of rubbed it.” The damage did not hurt him in the opening stage and he beat Logano off pit road to take the lead for the start of the second stage.

Brad Keselowski, the defending race winner and Logano’s teammate, didn’t have the same early strength in his Ford and ended the stage in 21st.

Moments after the second stage began, playoff contender Erik Jones had a mechanical problem that sent him to the garage and will likely make it very difficult for him to advance to the second round of the playoffs.

Bowyer won his first pole 12 years to the day of his last pole-winning run to earn a spot at the front of the field. He’s ranked at the bottom of the 16-driver playoff field.

Starting behind Bowyer are teammates Daniel Suarez, Kevin Harvick and Aric Almirola. Suarez is not eligible for the playoffs, while Harvick is considered among the favorites.

The surprise burst of speed from the SHR cars left the other contenders wondering if those Fords were set up just for qualifying, and if they’ll fade after 20 or so laps.

Temperatures are expected to hit a Sunday high of 100 degrees when the race begins, and NASCAR this year moved the start later in the day in an effort to protect fans from the smoldering heat. 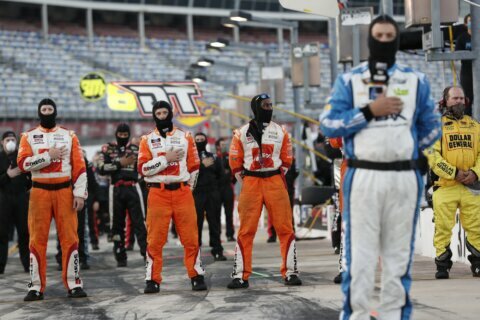 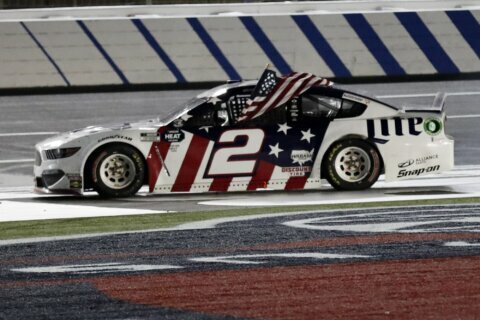 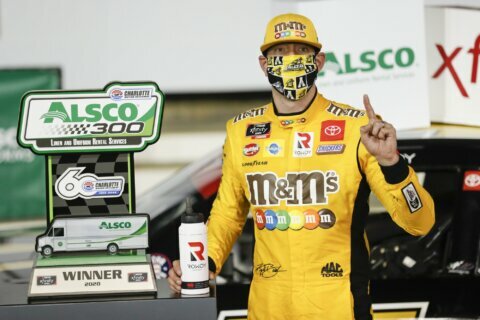