LONG POND, Pa. (AP) — IndyCar and Pocono Raceway could be headed toward another split. The track has no deal…

LONG POND, Pa. (AP) — IndyCar and Pocono Raceway could be headed toward another split.

The track has no deal for the open-wheel series to return for an eighth straight year in 2020, and another break could be on the horizon after Sunday’s race. IndyCar returned to Pocono in 2013 after a 24-year absence for the first race of a three-year contract.

Pocono CEO Nick Igdalsky said both sides have continued to talk about the future of the series at the track.

IndyCar’s return to Pocono has been marred by the death of driver Justin Wilson from injuries suffered in the 2015 race and Robert Wickens suffered a spinal injury last August in a crash.

The race was held around the July 4 weekend the first two years and moved to an August date in 2015.

This isn’t the first time Pocono and open-wheel racing have reached a crossroads. During the days of the dueling USAC and CART series in the late 1980s, Pocono track founder Joseph Mattioli wanted out. Mattioli, who died in 2012, chose not to seek a new deal after 1989.

Pocono Raceway, a 2 1/2-mile tri-oval track, has had two NASCAR weekends on the schedule for decades. The track moves to one NASCAR race weekend next year, featuring a Cup Series twin bill.

IndyCar could release its 2020 schedule next month.

“IndyCar still is in the process of finalizing the 2020 schedule, and as it relates to Pocono, although no decision has been made, we have been communicating with Pocono Raceway’s leadership and look forward to being there for our race when we will speak again about our future,” IndyCar executive Stephen Starks said. 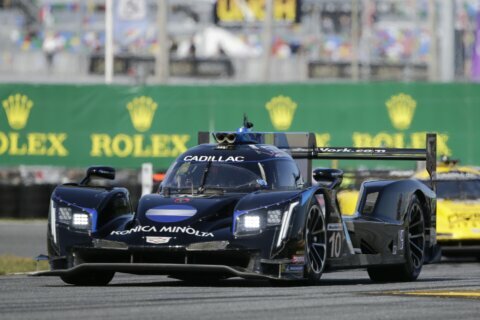