A bill that would raise the bar for nutrition standards in vending machines in Montgomery County, Maryland, will advance to the full council for a vote in the coming weeks after it cleared a legislative hurdle Thursday.
Listen now to WTOP News WTOP.com | Alexa | Google Home | WTOP App | 103.5 FM

WASHINGTON — A bill that would raise the bar for nutrition standards in vending machines in Montgomery County, Maryland, will advance to the full county council for a vote in the coming weeks after it cleared a legislative hurdle Thursday.

The county council’s Government Operations and Fiscal Policy Committee considered the legislation and gave it the green light.

“When you think about the opportunity to have access to healthy choices, it’s really a big deal,” said Council member Nancy Navarro, the committee’s chair.

The bill would place limits on sodium, fat, sugar and calories for vending machine snacks sold in facilities owned by the county, including courthouses and libraries.

All food or beverage items would be required to have less than 0.5 grams of trans fat per serving and less than 200 milligrams of sodium per package. Any beverage would need to be less than 250 calories or 20 fluid ounces.

“I don’t think that this legislation is the most important bill any of us will ever vote on, but I do think it is consistent with our efforts to find ways to promote healthier lifestyles,” said Council member George Leventhal, the lead sponsor of the bill.

Leventhal noted that Montgomery County was ranked as Maryland’s healthiest county for the fourth year in a row in an annual report from the University of Wisconsin Population Health Institute and the Robert Wood Johnson Foundation.

The national study, released Wednesday, looks at counties in each state and considers factors such as health behaviors, clinical care and social and economic factors.

“I have to believe that efforts we’ve made to promote fitness, nutrition and wellness contribute to our overall good health,” said Leventhal. 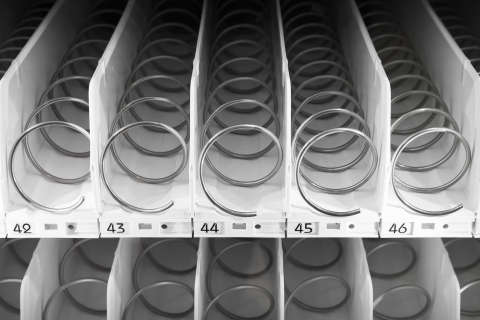