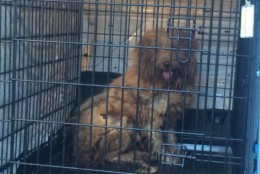 WASHINGTON — Montgomery County Animal Services’ rescue crews worked for hours to get a 30-pound dog out of a storm drain Friday, and their hard work paid off.

A neighbor was walking his dog, a Great Dane named Leonardo, Friday around 2 p.m. when the dog stopped to check out a storm drain on Lonesome Pine Lane in Bethesda, Maryland. That’s when the dog and its owner spotted another pup in the storm drain.

The dog, a 1-year-old Wheaton Terrier named Cookie, was trapped in the drain.

It took Montgomery County Fire & Rescue teams two hours to remove the bars from the storm drain, throw a net over the panicked pooch and pluck him from the drain.

“It was very rewarding because if they hadn’t called, who knows how long he would have survived down there,” she said.

Animal Services evaluated the dog, who checked out OK, and gave him a microchip.

Cookie had been missing since October 2014. The owner has been located, identified and will pick up the dog, says Pete Piringer, Montgomery County Fire & Rescue spokesman.

Piringer says it is believed the dog entered the storm drain through a pipe at a nearby construction site.

Watch videos from the scene in the gallery above. 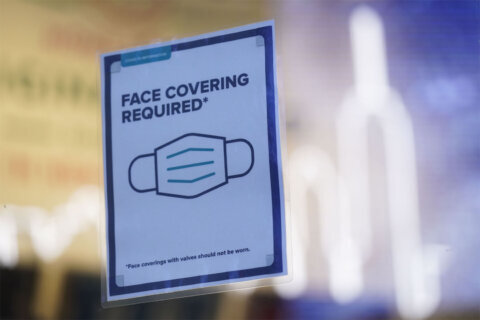 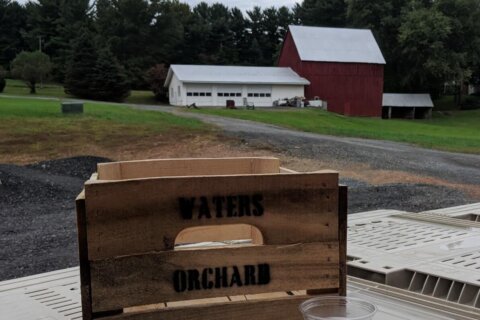