ST. LOUIS (AP) — The cheers began for Adam Wainwright and Yadier Molina as they walked in from the bullpen before the game, the St. Louis fans standing to salute them for all they’d accomplished together.

After the final out in a 4-1 victory over Milwaukee on Wednesday night, it was time for the Cardinals to shower the record-making duo with a clubhouse celebration.

Wainwright and Molina started together for the 325th time, the most by a battery in major league history. The duo eclipsed the regular-season mark of 324 held by the Detroit Tigers pair of Mickey Lolich and Bill Freehan from 1963-1975.

“Great feeling to be on top of that list,” Molina said. “And doing it with Waino, a great human being, it’s just amazing.”

Added Wainwright: “I don’t think anyone will break that record.”

Towels with the No. 325 were given out to fans as they entered Busch Stadium, and the ovations and tributes kept coming.

“The crowd was so awesome, making me get constant chills and tearing up,” Wainwright said.

“Usually when I get to the dugout after warming up, I’m very laser-focused on my approach to first batter,” he said. “But they were playing a video on the board and I thought, ‘you know, they’re probably not going to play any more cool videos while I’m pitching that I can really take in.’ So, I might as well enjoy it for a minute.”

Brewers leadoff man Christian Yelich got into the moment, too. The Milwaukee star stood absolutely still and made no attempt to swing at Wainwright’s first pitch, a called strike.

“They deserve that moment of respect,” Yelich said. “It was cool to see history. ”

The ball was taken out play, then Wainwright and Molina went to work at extending the Cardinals’ lead in the NL Central.

Wainwright and Molina made their first start together on April 6, 2007, in Houston. Wainwright recorded a 4-2 win in that game — the first of his 213 victories with Molina behind the plate.

The 40-year-old Molina, a perennial Glove Glover, has indicated he will retire at the end of this season. The 41-year-old Wainwright has yet to make a decision on his future.

Wainwright (11-9) gave up just one run in five innings despite allowing eight hits and walking two. He struck out three in a 98-pitch stint.

Wainwright and Molina were sprayed with Cherry Coke, Sprite and apple juice by teammates in a lengthy postgame celebration in the locker room.

Molina gave his buddy a big defensive boost, throwing out Kolten Wong attempting to steal on the back end of a strikeout to end the third. Wainwright fanned Andrew McCutchen with a 74 mph curve and Molina still got Wong by plenty.

Molina put the Cardinals ahead for good with a tiebreaking single in the second. It was his 31st career go-ahead RBI in a Wainwright start.

Nolan Arenado and Lars Nootbaar both homered for the Cardinals, who have won three of four. They stretched their division lead to eight games over the second-place Brewers.

Milwaukee had a three-game winning streak snapped and remained two games behind San Diego in the race for the final wild-card spot in the NL.

Burnes gave up three runs on seven hits over seven innings. He struck out five and walked one.

Nootbaar pushed the lead to 3-1 with his 12th homer in the fifth.

Pujols was hit on the right shoulder by Burnes’ pitch in the sixth, but remained in the contest.

Ryan Helsley picked up his 17th save in 21 opportunities.

Yelich had two hits for the Brewers, who spent 92 days in first place in the NL Central earlier in this season.

NHL hockey great Wayne Gretzky was seated in the front row at the game. Gretzky played 18 games for the St. Louis Blues in 1995-96 and maintains a home in the area.

Brewers: RHP Matt Bush is listed as day-to-day after being removed in the first inning of Tuesday’s game with right groin discomfort. He threw only 15 pitches. Milwaukee manager Craig Counsell indicated that Bush will not be going on the injured list.

Brewers: RHP Adrian Houser (6-9, 4.61) will face New York Yankees RHP Frankie Montas (5-12, 3.89) in the first of a three-game series on Friday in Milwaukee. Houser has just six quality starts in 18 starts this season. The Brewers are 7-11 in games his has started. 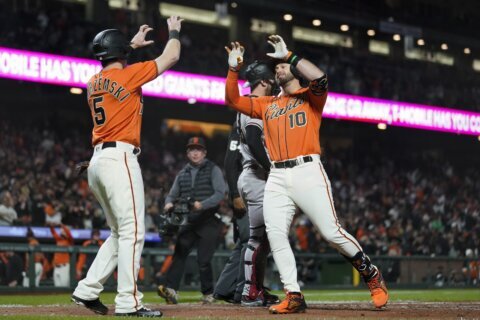 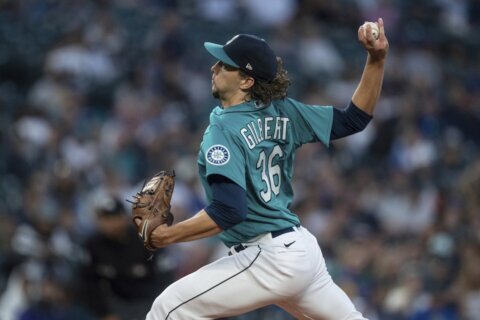 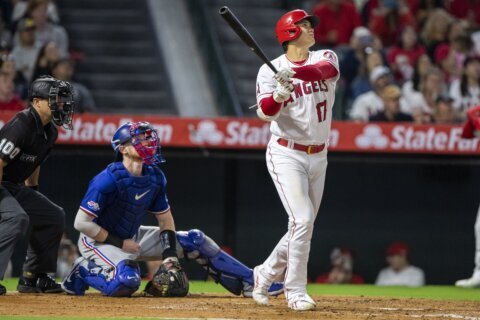