Tommy Edman and Tyler O’Neill also went deep for NL Central-leading St. Louis, which improved to 27-8 in its last 35 games. Yadier Molina had two hits and three RBIs, and Adam Wainwright (10-9) pitched five innings of four-run ball for the win.

Goldschmidt’s two-run homer off Drew Smyly (5-8) in the first lifted the All-Star slugger to an NL-best 107 RBIs. He also tops the NL with a .331 batting average and trails Philadelphia’s Kyle Schwarber for the NL lead in homers by two.

With the win, the Cardinals have won their last seven series and are 10-1-1 in their last 12 series.

In his first start since turning 41 on Aug. 30, Wainwright allowed nine hits, struck out two and walked two.

Franmil Reyes and Rafael Ortega each had two hits and two RBIs for Chicago, which has dropped six of seven. Smyly was tagged for seven runs and five hits in 2 1/3 innings.

Reyes singled in Seiya Suzuki and Ortega added a two-run single as the Cubs jumped out to a 3-0 lead in the first. But O’Neill walked ahead of Goldschmidt’s drive to right in the bottom half.

St. Louis went ahead to stay with six runs in the third.

Edman led off with a drive to right-center, and O’Neill followed with a shot to left. It was the 13th homer for each hitter. Molina added a three-run double to right off Jeremiah Estrada.

A PAIR BEYOND COMPARE

Wainwright, who is the fourth-oldest active MLB player, and Molina made their 323rd career start as batterymates. It’s the second-most all-time in MLB history (since 1901), trailing the Detroit Tigers’ duo of Mickey Lolich and Bill Freehan (324) from 1963-75.

SATURDAY IN THE PARK

St. Louis improved to 17-6 on Saturdays this season, including 9-3 at home. Saturday is its most successful day of the week.

Cubs: C Willson Contreras (left ankle soreness) remains out of the lineup. … INF Patrick Wisdom (left ring finger sprain) has did some hitting in the batting cage for the first time. … RHP Keegan Thompson (low back tightness) has thrown a bullpen session for the first time since he was hurt in an Aug. 19 start.

Cardinals: LHP Steven Matz (torn left knee MCL) is going to begin a rehab assignment. Before the game, Matz did some fielding work and emerged with no side effects.

Cardinals: RHP Miles Mikolas (10-10, 3.48 ERA) has held the Cubs to one run or less in five of seven career starts against Chicago at Busch Stadium. St. Louis is 3-1 in his starts against the Cubs this season. 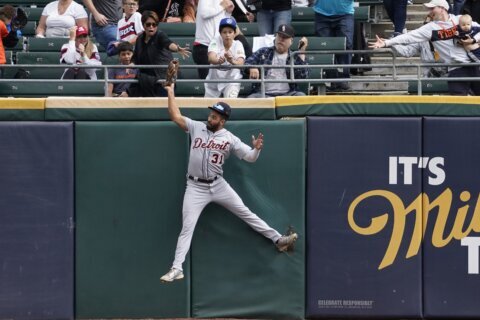 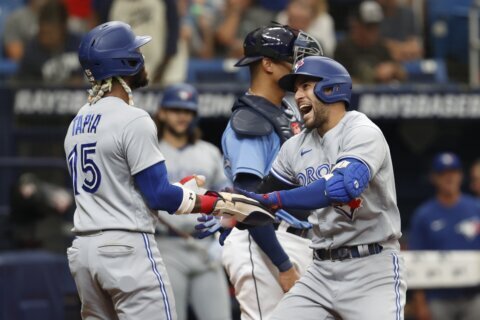 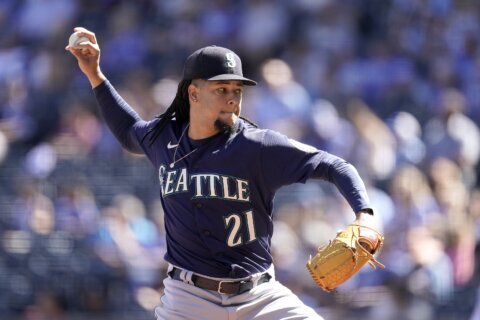