Melendez and Salvador Perez both had three hits and two RBIs for the Royals. Kyle Isbel drove in two runs and scored twice.

“Dropping down two and then answering right back, that’s really what we’re seeing from this group,” Royals manager Mike Matheny said. “If something happens they just keep coming.”

After leading all minor leaguers with 41 home runs last year, Melendez has 14 in 81 big league games this season. The left-handed-hitting rookie sent a pitch from lefty reliever Jake Diekman (5-2) into the right-field bullpen to give Kansas City a 4-3 lead.

“That whole at-bat I was waiting for that hanging slider,” Melendez said. “Obviously his fastball is very good. I was just trying to do some damage. I got a good pitch to hit.

“When I hit it, I kind of knew (it was out), but here at Kauffman you never really know. Once it finally landed, I was super pumped up.”

Isbel hit a two-run single in the eighth and scored on Melendez’s single. Perez added an RBI single to make it 8-3.

Josh Staumont (3-1) worked a perfect seventh for the win.

Royals starter Kris Bubic allowed three runs (one earned) and seven hits in 5 2/3 innings. He struck out six and walked three. He skirted trouble in every inning until the sixth, when Chicago touched him for three runs.

Bubic escaped a bases-loaded, one-out jam in the second. He got Gavin Sheets to line out to shallow left field and struck out Lenyn Sosa to end the inning.

“Pretty much throughout the outing I felt like we were in control of things,” Bubic said, giving credit to his catcher, Perez. “The fastball was as good as it’s been all year, and the curveball was good as well. I didn’t throw that many changeups.

“I was just throwing what was being put down. He knows what they’re looking for, so we went heavy fastball and curveball.”

The Royals scored in the third on a two-out single by Bobby Witt Jr. after Isbel ripped a one-out double past first baseman Jose Abreu.

The White Sox finally got to Bubic in the sixth. Once again, he loaded the bases with one out. Sheets hit another line drive, and second baseman Michael Massey couldn’t handle it. The error scored two runs.

Josh Harrison then drove in Yasmani Grandal with a two-out single, and Bubic’s night was over.

The Royals came back to tie it 3-all in the bottom half. Witt legged out an infield single leading off and scored on Perez’s double to right-center. Perez advanced to third on an error by third baseman Yoan Moncado and scored on a two-out single by Massey.

“Anything to help the team win,” Massey said. “Obviously I wanted to make that play in the top of the sixth. I just missed it. To be able to come up big in the next inning felt really good.”

Chicago OF AJ Pollock was out of the lineup after fouling a ball off his foot Tuesday. White Sox manager Tony La Russa said it was precautionary. “His foot is sore, but he’ll be in the lineup and hit first tomorrow,” La Russa said.

Kansas City OF Brent Rooker was recalled from Triple-A Omaha. In a corresponding move, C Sebastian Rivero was optioned to Double-A Northwest Arkansas. 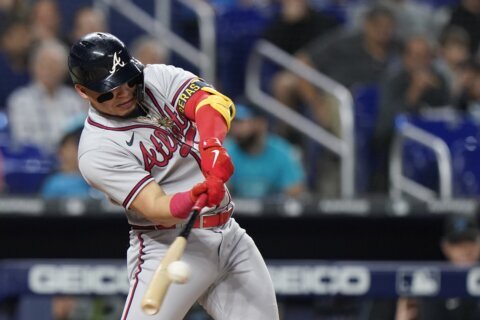 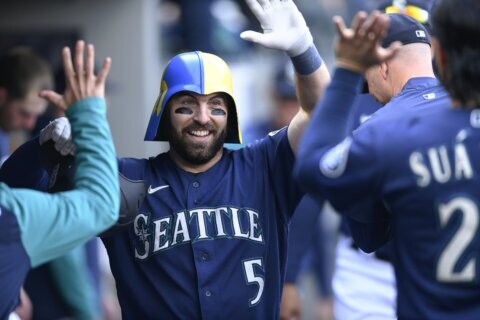 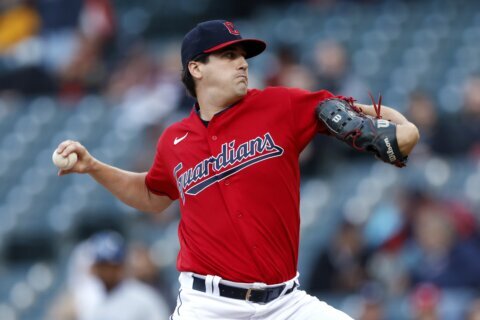