PITTSBURGH (AP) — Max Fried allowed only three hits in eight innings, pacing the Atlanta Braves to a 6-1 win over the Pittsburgh Pirates on Tuesday night.

Fried (12-4) struck out seven and walked one, retiring 20 of the final 23 batters he faced, and allowed one run. The All-Star left-hander got through eight innings for the second time this season. He gave up two hits to the Rockies in eight shutout innings on June 3.

“It was a lot of fun,” Fried said. “I feel like I’ve done this enough where at least I feel physically ready in the bullpen, you just kind of go out there and lock it in. Just focus on competing. I might not have been as sharp as I would’ve liked in the bullpen, probably worried a couple people. But that’s where you kind of have to dig deep and say, ‘We just have to attack and compete.’”

Atlanta has taken the first two of the three-game series, and 13 of 15 overall, to move closer to the first-place New York Mets in the NL East.

“When you play a week like we just did and you come on the road, you spend a lot of energy in that week,” Braves manager Brian Snitker said. “All the games, they all went down to the very end. It’s good. Like last night, we weren’t hitting on all cylinders offensively, but the pitching picked us up. Tonight too. More importantly, Max gave a lot of those bullpen guys that have been used a lot some much-needed rest. It’s good to win these games.”

The Pirates have dropped 10 of 12. They have scored only two runs through the first two games against the Braves, including a 2-1 loss on Monday.

Six straight hits to start the fifth powered Atlanta to five runs. The Braves tied it 1-all on Travis d’Arnaud’s 13th homer 409 feet to left field off a curveball from JT Brubaker (3-11), the first pitch of the inning. William Contreras singled ahead of a Michael Harris II double, setting up Vaughn Grissom’s RBI single.

Robbie Grossman followed with another RBI single. Ronald Acuña Jr. had the sixth consecutive hit, a single to right. Grissom scored when Dansby Swanson grounded into a force out and Grossman went home on Austin Riley’s sacrifice fly.

“We have some really good players,” Grossman said. “(Grissom) and (Harris II) have been playing their butts off in here. It’s fun to watch them play. I’m just lucky to be a part of it.”

A lead-off single from Grissom in the third was the Braves’ only hit entering the fifth.

“It’s frustrating,” Brubaker said. “It’s not something that you ever really expect to happen that quick. I have to find a way to change up the tempo and recognize it sooner.”

Riley’s two-out single in the seventh extended the lead to five.

Michael Chavis put the Pirates ahead in the second with his 13th home run to left field. Chavis had only two homers in his previous 29 games, each against Arizona on Aug. 9.

Fried didn’t allow a second hit until Ben Gamel singled with two outs in the seventh.

RHP Kyle Wright (15-5, 3.14 ERA) will take the mound for Atlanta in the series finale on Wednesday afternoon against RHP Mitch Keller (4-9, 4.49). Wright has allowed no more than two runs in five of his past six starts. Keller left with right shoulder fatigue two innings into his last outing, allowing five runs (four earned) to the Red Sox on Aug. 16. 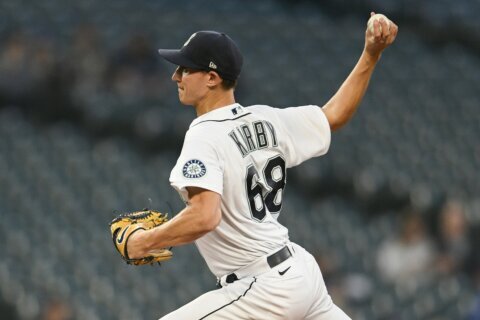 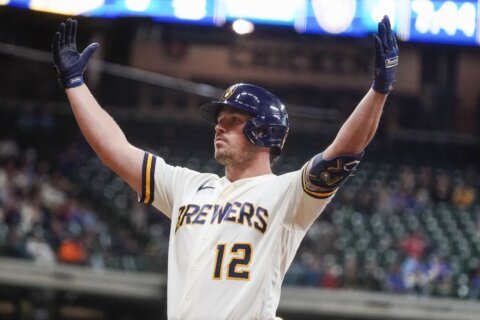