Razzed at Citi Field with 40,000-plus on hand, Acuña matched his career high with four hits and robbed Pete Alonso of a two-run homer as the Atlanta Braves built a big early lead and beat New York 9-6 on Friday night to rebound quickly in their NL East showdown.

“It was all night — but I like that. I like that, just because it kind of gives me that motivation to play extra hard,” Acuña said through a translator. “I think tonight’s game felt like a playoff game.”

Eddie Rosario hit a three-run homer in the first inning and an RBI double in the second to help the Braves open an 8-0 cushion. Rookie center fielder Michael Harris II also went deep and threw out a runner at the plate.

“That kid’s everything — and he can do everything,” Acuña said.

William Contreras added a solo homer in the ninth, and the Braves avoided their first three-game losing streak of the year. The last team to go this deep into a season without a three-game skid was the 2001 Seattle Mariners, who set the major league mark by not losing three in a row until a four-game slide from games Nos. 147-150, according to the Elias Sports Bureau.

Mets starter Taijuan Walker (9-3) managed only three outs in a rare but untimely flop, and his teammates were unable to recover. Atlanta moved back within 3 1/2 games of first-place New York after dropping the opener of the five-game series Thursday night.

“That was great, ’cause I mean, that kid’s been throwing the ball really, really well. He’s having a really good year,” Braves manager Brian Snitker said. “So that was nice to come out and score those runs early.”

Walker gave up a one-out double to Dansby Swanson in the first, then caught his cleat on the mound during an aborted delivery to Matt Olson. The baseball fell out of Walker’s hands and dribbled toward the plate for a ball, and the right-hander never looked right after that.

He was checked by pitching coach Jeremy Hefner and an athletic trainer. Walker threw a warmup pitch and remained in the game, but allowed an RBI double to Olson and hit Austin Riley with a pitch before Rosario lofted a 1-2 splitter into the right-field seats for his third homer this season.

Alonso tried to get the Mets right back in it in the bottom half, but Acuña leaped above the right-field wall to make a terrific catch. He pounded his chest, and Braves starter Ian Anderson raised his arm in celebration.

“I can see his motor starting to run a little bit, too, offensively. So that’s really, really good,” Snitker said about Acuña, who also got his 23rd stolen base. “It’s coming.”

Rosario and Acuña both pointed to their ring fingers — a reminder of last year’s World Series championship — to celebrate big moments Friday night.

Harris led off the second with his 10th home run and Walker permitted four straight hits before he was pulled. He was charged with eight runs and seven hits as his ERA rose from 2.79 to 3.45.

“Just wasn’t a good day for me. Didn’t have my best stuff and was one of those starts. I don’t want it to happen in a big series like this, but it did,” Walker said. “I didn’t do my job today. The bullpen had to wear it, which I’m not proud of, at all.”

New York cut it to 8-5 and chased Anderson in a four-run fifth that included a two-run double by pinch-hitter Darin Ruf in his first Mets plate appearance after being acquired from San Francisco at Tuesday’s trade deadline.

“It takes a little bit of the pressure off,” Ruf said.

Jeff McNeil had an RBI single and so did pinch-hitter Eduardo Escobar.

Anderson was removed one out short of qualifying for a win. A.J. Minter (5-3) struck out three in 1 1/3 perfect innings, and Raisel Iglesias whiffed two in a scoreless eighth after giving up a leadoff double.

It was Iglesias’ debut with the Braves after he was obtained from the Angels just before Tuesday’s trade deadline.

McNeil homered off closer Kenley Jansen in the ninth.

The Mets had gone 27 games without allowing more than five runs, the longest such streak by a big league team this year and the best in franchise history.

Braves: RHP Darren O’Day (strained left calf) was set to begin a rehab assignment at High A Rome. O’Day has been sidelined since July 12. … RHP Kirby Yates (Tommy John surgery) will pitch again Sunday for Triple-A Gwinnett. Yates threw in back-to-back games for Gwinnett on Tuesday and Wednesday for the first time since he was injured in August 2020.

The teams play a day-night doubleheader Saturday. RHP Jake Odorizzi (4-3, 3.75 ERA) makes his Atlanta debut in the first game, and LHP Max Fried (10-3, 2.58) will start the second. Odorizzi was acquired from Houston for reliever Will Smith at Tuesday’s trade deadline. 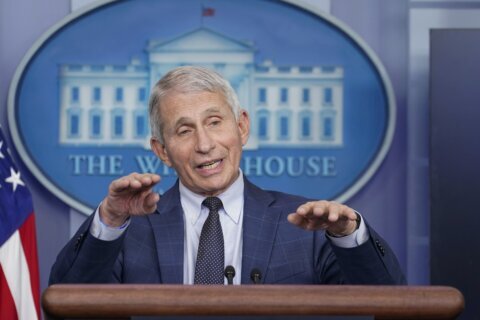 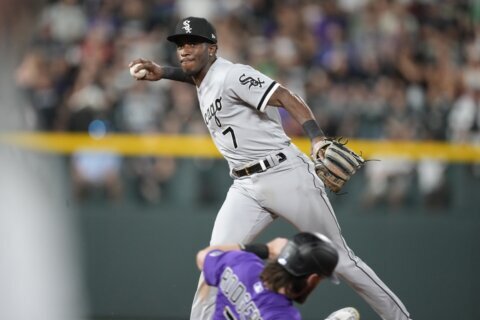