Red Sox put 3B Devers on injured list for hamstring

Devers was pulled in the fifth inning of a 28-5 blowout loss to Toronto on Friday night.

The Red Sox began the day trailing the Blue Jays by 2 1/2 games for the third and final wild-card spot in the American League.

Devers experienced tightness in his hamstring on a swing during his final at-bat Friday night. Manager Alex Cora said he noticed something when Devers doubled in the first inning.

“He didn’t look too good running to first. Guess he kept grinding,” Cora said Saturday. “After the swing (in the fifth inning) we asked him if he was OK. He said no.”

Devers was the lone Boston starter during this past Tuesday’s All-Star Game in Los Angeles. He ranks second in the American League in batting average (.324) and also is among the league leaders in home runs (22) and RBIs (55).

Outfielder Jaylin Davis had his contract selected from Triple-A Worcester, where he was hitting .236 with five home runs in 56 games. 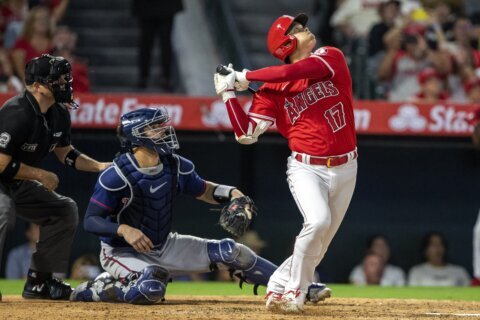