LOS ANGELES (AP) — The legacy of Jackie Robinson showed in Major League Baseball’s draft, with four Black players among the first five selected for the first time in history.

Six of the first 18 players chosen as well as nine players taken in the first round are Black. All of them are alumni of MLB’s diversity development programs.

That’s considered progress in a sport that has a smaller percentage of Black players now than any year since the early 1990s.

“It’s nice to see athletes sticking around after the age of about 12 or 13 continuing to play baseball because we need more of them,” former All-Star shortstop Jimmy Rollins said Monday.

But Robinson likely would still not be satisfied.

On the 25th anniversary of Robinson breaking baseball’s color barrier with the Brooklyn Dodgers, he criticized MLB for not yet hiring a Black manager or helping Black players establish careers after their playing days ended. Robinson’s comments at the 1972 World Series came in his last public appearance before his death days later at age 53.

“Here we are now, 50 years since, we have two Black managers,” said Bob Kendrick, president of the Negro Leagues Museum in Kansas City, Missouri, citing Dave Roberts of the Los Angeles Dodgers and Dusty Baker of the Houston Astros.

“Naturally, he would be disappointed because he wouldn’t see the things that he and others had fought so diligently for, to create opportunities,” Kendrick said of Robinson. “We’re still not really seeing those opportunities.”

A standing-room only crowd listened intently while surrounded by thumping music, blaring announcers and fans testing their batting and fielding skills.

“We lose a lot of athletes to the other sports because we’re not promoted,” Rollins said, singling out football and basketball. “One thing we’ve always felt as Black athletes we say, ‘You always have to be the starter. You’re not going to find us on the bench.’”

A May report by the Institute for Diversity and Ethics in Sports said 38% of all MLB players on opening day this season were players of color, an 0.4% increase over a year ago. About 28.5% of players were Hispanic or Latino, 7.2% were Black and 1.9% were Asian.

Robinson’s presence will loom large over Tuesday’s All-Star game at Dodger Stadium, where the Hall of Famer is honored with a statue.

His legacy will be included in the pregame ceremonies. His widow, Rachel, turns 100 that day and her birthday will be recognized during the game. The Jackie Robinson Foundation will receive a check for over $800,000 from sales of the Sony video game “MLB The Show.”

Kendrick credited Rachel Robinson for her ability to survive the public harassment of the era.

“While Jackie may have never publicly broke down, you can almost rest assured that was the shoulder that he cried on,” he said. “Just the sheer strength that she demonstrated sitting in that stadium listening to all these folks say these nasty things about her husband, and he was nothing like what they wanted him to be portrayed as, and yet she found the will to be able to sit and endure all of that as well.”

Born in Georgia and raised in Pasadena, California, Robinson became the first Black to play in the majors when he started at first base for the Brooklyn Dodgers 75 years ago, ending the racial segregation in pro baseball that had kept Black players in the Negro Leagues dating to the 1880s.

During his 10-year career, Robinson was the target of rough play by opposing teams, racist obscenities, hate mail and death threats. He ultimately silenced critics with his play and his belief in nonviolence.

“Coming up from a different environment, I used to be mad at Jackie, like why didn’t he fight back? I would’ve done something,” said Rollins, who grew up in a Black neighborhood in Oakland, California. “But as I got older, I understood 21 million people he was carrying on his back and he could not fail. They waited for one reason and he never gave it to them. Because of that, I’m thankful we’re here.”

Dawson recalled receiving hate mail during his years with the Chicago Cubs from 1987-92.

“Some of the things that were said you just shake your head,” he said.

If Robinson was alive today, Raines said he’d ask him, “How do you take that on and deal with it?”

Jackson added, “He absorbed everybody’s pain. He was the shield for the bomb and he took that bomb for us to be able to play today.” 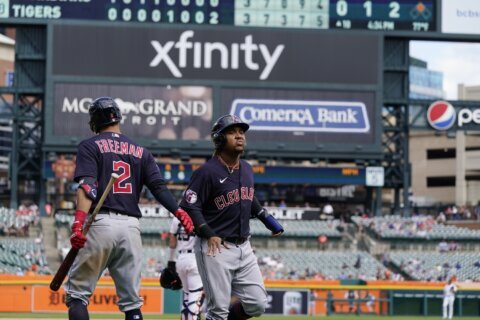 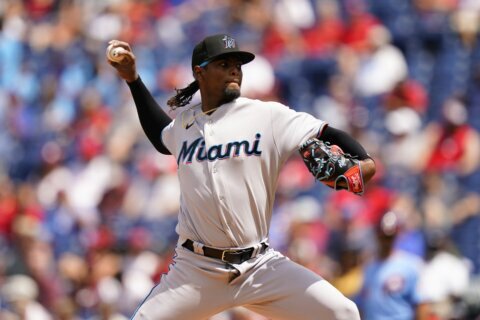 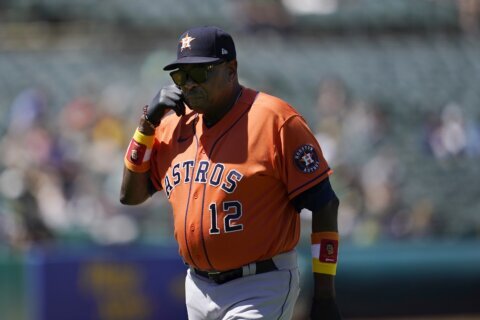