LOS ANGELES (AP) — Los Angeles Angels outfielder Mike Trout will miss the All-Star Game because of back spasms, joining Bryce Harper on the sidelines and depriving the showcase of two of baseball’s best-known players.

Trout, a three-time American League MVP, has not played since Tuesday and was scratched from the Los Angels Angels’ lineup against the Dodgers on Saturday night.

Trout was replaced on the AL roster Sunday by Seattle infielder Ty France for Tuesday night’s game at Dodger Stadium.

The 30-year-old Trout is a 10-time All-Star and was elected to start for the ninth time. He finished second to Yankees outfielder Aaron Judge in voting among AL outfielders, with 39%.

Harper, a two-time NL MVP, is a seven-time All-Star selected to start for the sixth time. He broke his left thumb when hit by a pitch from San Diego’s Blake Snell on June 25.

Relievers Liam Hendriks of the Chicago White Sox, Jordan Romano of Toronto and Devin Williams of Milwaukee were picked as replacements along with Freeman and St. Louis pitcher Miles Mikolas.

About one-fifth of the rosters have changed since the original 33-man teams were announced on July 6 and 8.

After being added, Rodón was then dropped because of a cracked nail and blister on the middle finger of his pitching hand.

Four of 18 starters have been replaced: Altuve by Cleveland’s Andrés Giménez, Chisholm by the New York Mets’ Jeff McNeil, Harper by Atlanta’s William Contreras and Trout by Buxton. 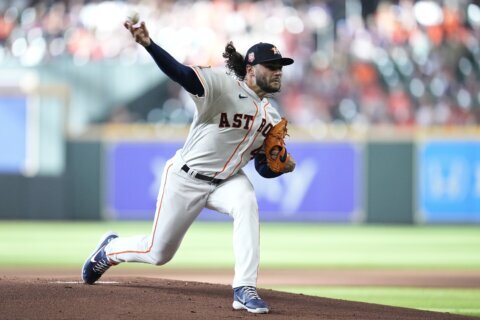 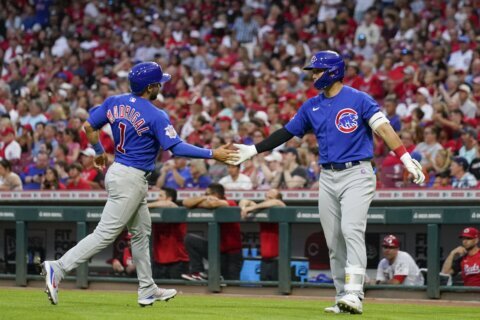 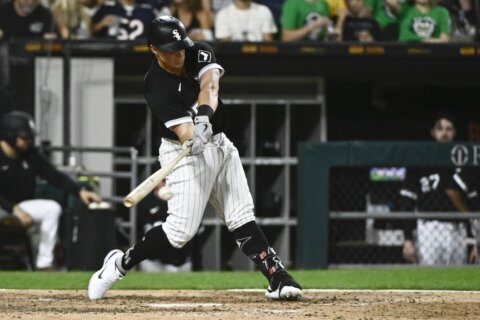