Miguel Cabrera added three hits, two runs scored and an RBI for the Tigers, who have won the first three games of the four-game series. Greene had a pair of doubles, while Reyes supplied three hits and scored twice.

The Tigers are 6-2 against the Guardians this year. They have not won a season series against Cleveland since 2015.

“We need wins desperately,” Haase said. “To do it in the division, especially with these guys, they’ve notoriously given us fits in the past, it’s definitely huge. We’re just playing a better brand of baseball overall. So it’s good to see and I hope it continues.”

The Tigers reached their third-highest scoring total of the season, posting all their runs in the first six innings.

“Everyone is contributing,” said Jonathan Schoop, who has seven hits in the last three games. “I hope we can keep it up for a long time. The first couple of months, we’ve got to throw it away.”

Drew Hutchison (1-4) got his first victory since last Sept. 25, allowing two runs — one earned — and five hits in five innings.

Manager Terry Francona feels the rugged schedule is catching up to his team.

“People probably will laugh but we’re so young, a lot of these guys have never done this before,” he said. “They’re going to have to fight through it. We’re going to find out a lot about our guys. It’s a tough stretch for us.”

The Tigers increased their advantage to 6-2 in the fourth on Haase’s two-out homer.

Detroit took a six-run lead on Greene’s two-out, two-run double in the fifth. The Tigers tacked on three more runs in the sixth to make 11-2.

Guardians: RHP Nick Sandlin was recalled from Triple-A Columbus and LHPs Alex Young and Konnor Pilkington were optioned to the Clippers. Sandlin allowed two runs in one inning of relief on Tuesday.

Tigers: To make room for Hutchison on the active roster, RHP Will Vest was optioned to Triple-A Toledo. Detroit opened a spot on the 40-man roster by designating LHP Sam Howard for assignment.

Guardians: OF Josh Naylor was a late scratch with lingering back spasms. He departed the opener of Monday’s doubleheader in the seventh inning. “He’s a little sore,” manager Terry Francona said. “I don’t know that anything good comes from trying to force the issue.”

Tigers: RHP Alex Faedo has some inflammation in his hip but manager A.J. Hinch hasn’t ruled out the possibility of recalling Faedo from Triple-A Toledo to start a game next week. … RHP Wily Peralta departed in the eighth inning with a left hamstring spasm.

Tigers: RHP Michael Pineda (1-3, 3.62 ERA) will be making his second start since coming off the injured list. Pineda, who suffered a fractured finger on May 14 after being struck by a line drive, is 2-0 with a 3.04 ERA in five career outings against Cleveland. 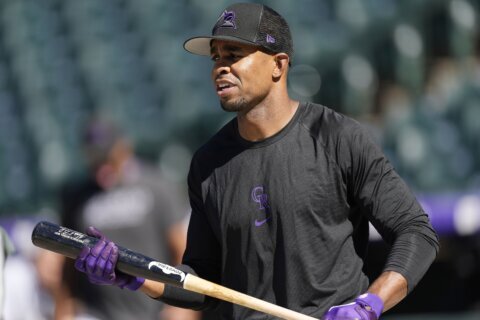 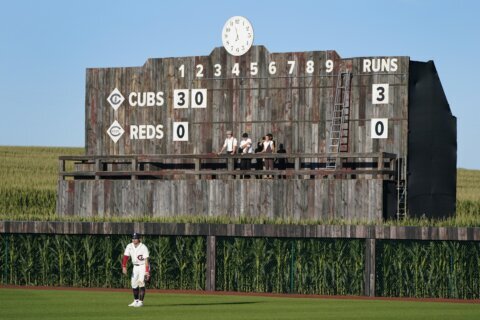