His megawatt smile tinged with a tad of emotion, the former Boston Red Sox slugger was inducted into the Baseball Hall of Fame on Sunday — after his daughter Alexandra sang the national anthiem — and was humbled by his surroundings.

Ortiz was greeted by a raucous crowd chanting “Papi! Papi!” as many fans made the four-hour drive from the vicinity of Fenway Park to attend the festivities.

When he took the stage, Ortiz pointed skyward as is his wont in special moments, a way of honoring his late mother, who died two decades ago after a car accident.

“I always tried to live my life in a way … so I can make a positive influence in the world,” said the 46-year-old Ortiz, just the 58th player elected in his first year on the ballot. “And if my story can remind you of anything, let it remind you that when you believe in someone you can change the world, you can change their future, just like so many people believed in me.”

Ortiz, who survived a nightclub shooting in the Dominican Republic three years ago, soaked in the celebration.

Legions of fans crowded onto the field adjacent to Clark Sports Center, sun umbrellas and Dominican Republic flags sprinkled all around. Ortiz’s No. 34 was seemingly everywhere as fans chanted and sang in Spanish. A sign that read ‘I Love U’ summed up the admiration for Big Papi on his special day.

If there was a blemish, there was a report by The New York Times that said he tested positive during the 2003 survey drug test conducted by MLB and the players’ association. Ortiz was never penalized for performance-enhancing drugs, and MLB and the union never confirmed there was a positive test. The sides said the survey test results never were vetted to the point of the testing with penalties that started in 2004.

That was far from the mind on this day as Ortiz paid tribute to many in both English and Spanish.

The 83-year-old Kaat, now a broadcaster for the Twins, pitched for a quarter of a century, winning a World Series a year before retiring in 1983. He thanked his dad for instilling the discipline needed to succeed, his wife for always being there, and his former minor league manager, 94-year-old Jack McKeon, who was in the audience.

“I am humbled and honored to be included in this fraternity, some of the greatest players to play the game, and I thank you for being part of this wonderful day,” said Kaat, a native of Zeeland, Michigan.

Oliva was the American League Rookie of the Year in 1964, led the league in hits five times, and became the first player in major league history to win batting titles in each of his first two seasons, finishing with a lifetime average of .304 in 15 seasons with the Twins.

Oliva got his chance in part because of Miñoso, the Cuban Comet.

Miñoso grew up on a sugar plantation and played ball on weekends as a kid and became a star with the New York Cubans in the Negro Leagues before becoming the first Black Latino player in the major leagues in 1949, two years after Jackie Robinson broke in. To Cuban players, Miñoso was the Jackie Robinson of Latino America and starred for the White Sox in the 1950s. He was a nine-time All-Star and finished his career with 2,110 hits and a .299 batting average. He died in 2015.

“From a humble ranch in Cuba to the National Baseball Hall of Fame, what a way to honor such a remarkable life lived and to service in the sport he loved. He would have been so very proud to be a Hall of Famer,” said his wife, Sharon.

Irene Hodges spoke on behalf of her father, a hard-hitting first baseman who had 370 homers and 1,274 RBIs in 18 major league seasons — all but the last two with the Dodgers. He retired in 1963 and five years later was hired to manage the Mets, leading them in 1969 to their improbable World Series victory over the Baltimore Orioles before dying of a heart attack three years later at 47.

“He would be so proud. Today I am especially happy for my mother,” Irene Hodges said. “When the call came from the Hall of Fame … I began sobbing probably as much as I did when I lost my father. I was so beyond happy for him, and even thrilled that my mom at 95 would be able hear this news. My mom is watching today from our home in Brooklyn.”

O’Neil, who played for the Kansas City Monarchs in the Negro Leagues and was a tireless advocate for the game until his death in 2006, was represented by a niece, Dr. Angela Terry.

“He would remind all of us that his playing careeer was in the Negro Leagues and today he was being inducted into the same class as a Black baseball pioneer, Bud Fowler, and a former Negro League All-Star, Minnie Miñoso,” Terry said. “Man, oh man. Nothing could be better. Thank you for loving our uncle.”

Hall of Famer Dave Winfield paid tribute to Fowler, the first Black to play on a white professional team nearly seven decades before Robinson broke the color barrier with the Dodgers. Fowler also is the first person from the Cooperstown area to receive the honor. He was born in nearby Fort Plain but grew up in Cooperstown, where he learned to play the game.

A second baseman who batted just over .300 in 13 seasons, Fowler was signed at age 20 by a all-white professional team in Massachusetts in 1878. It was the start of a 13-year career that saw him play for 18 teams, including four in one year, the constant moves a direct reflection of the racism he had to endure.

“I ask that you remember Bud Fowler in a broad context,” Winfield said. “Remember him as a skilled athlete who endured obstacles that are hard to imagine today. I personally hope that all of you will see him as a man who loved the game of baseball from its beginning.” 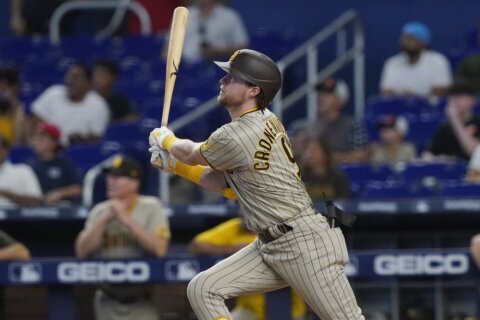 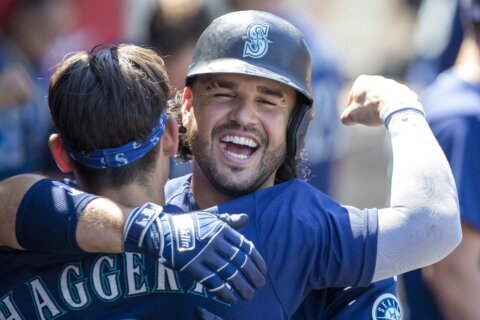