OAKLAND, Calif. (AP) — Cole Irvin allowed four hits over seven innings and the Oakland Athletics beat the Houston Astros 4-2 on Wednesday for their first winning sweep in 32 series this season.

Oakland, an AL-worst 38-63, won three in a row from AL West-leading Houston (64-35) and has won six of its last eight against the Astros.

Houston was swept in a series for the first time since last Sept. 24-26, also at Oakland. Yordan Álvarez hit his 29th homer.

“Any time you can sweep a team at this level, it’s always a good thing,” Irvin said.

Stephen Vogt and Stephen Piscotty homered on back-to-back fastballs in the second from Cristian Javier (6-6). Tony Kemp had three hits, including an RBI double.

Javier allowed three runs and five hits in five innings. He is 0-3 with a 5.79 ERA in four starts since pitching seven hitless innings at Yankee Stadium on June 25 and allowing one hit over seven innings against the Los Angeles Angels six days later. His season ERA has risen from 2.57 to 3.26 during the four-game span.

“You just can’t say enough about the way he’s been pitching,” Vogt said. “He does such a good job keeping everybody off balance. He works quick, and hitters don’t like that.”

A.J. Puk pitched a 1-2-3 ninth for his second save, finishing a five-hitter.

Jake Meyers cut Houston’s deficit with an RBI triple in the fifth, but Kemp doubled in a run in the bottom half.

Álvarez closed the Astros to 3-2 with his home run in the sixth. Skye Bolt greeted Phil Maton with an RBI single in the seventh.

“You’ve got to be ready to play,” Astros third baseman Alex Bregman said. “We didn’t play our best baseball the last three days, but we’ll go home and look forward to doing that tomorrow.”

Athletics: INF Jed Lowrie (sprained left shoulder) played five innings at first base Tuesday for Triple-A Las Vegas and was scheduled to serve as DH for the entire game Wednesday. … RHP Dany Jimenez (strained right shoulder) is to begin a rehab assignment Friday. … 1B Seth Brown (paternity leave) is expected to rejoin the team Friday in Chicago against the White Sox. His wife, Brittaney, gave birth to a son on Tuesday. 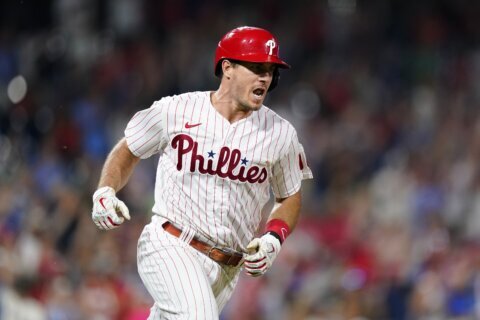 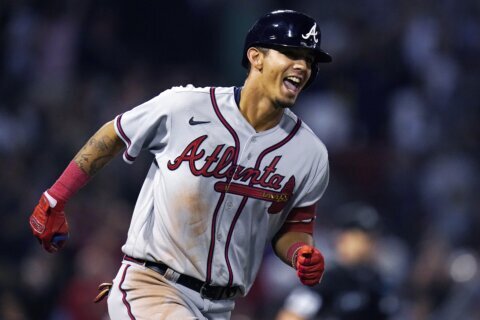 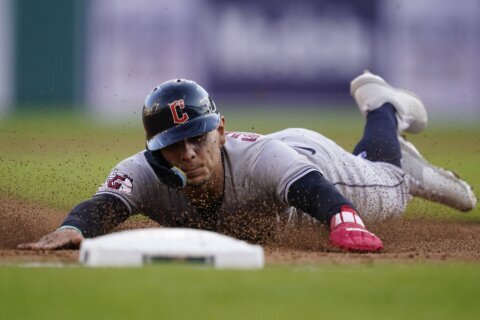