HOUSTON (AP) — After falling behind early on, Houston chipped away at Kansas City’s lead before one mighty swing by Yordan Alvarez completed the Astros’ biggest comeback win of the season.

Alvarez homered with two outs in the ninth inning, and Houston beat the Kansas City Royals 7-6 on Monday for its seventh straight victory.

“Nobody in the dugout gives up throughout the game … even if we’re losing like that,” Alvarez said through a translator.

Led by Kyle Tucker and Alvarez, AL West-leading Houston erased a five-run deficit on the way to its 15th victory in its last 18 games. Tucker sparked the Astros’ three-run eighth with a two-run single, and Alvarez hit a drive to left-center against Scott Barlow (2-2) for his 24th homer.

“I just tried to get focused, see a pitch up in the zone, but that pitch came back to the middle of the plate and I was able to hit it,” Alvarez said.

Ryne Stanek (1-0) pitched a scoreless ninth for the win.

The Astros also won in their last at-bat on Sunday, using Jeremy Peña’s tiebreaking two-run homer with two out in the ninth to post a 4-2 victory over the Los Angeles Angels.

It’s the first time the Astros have had consecutive last at-bat wins on home runs since Mark Loretta and Carlos Lee on June 28-29, 2007, against Colorado.

“It’s one of the tougher ones of the season. … You like the chances of us being able to finish that off,” Royals manager Mike Matheny said.

The Royals jumped on Jake Odorizzi for five runs in three innings in his return from injury. Hunter Dozier and Benintendi each hit a two-run single, and Melendez connected in the third.

The Astros trailed 6-3 in the eighth when Wyatt Mills walked Peña with no outs before Amir Garrett took over. The left-hander then issued back-to-back walks to Alvarez and Alex Bregman to load the bases.

Tucker followed with a liner to center. Yuli Gurriel then greeted Taylor Clarke with a tying RBI single. But Clarke retired the next three batters to limit the damage.

Kansas City wasted a solid performance by Jonathan Heasley, who allowed one earned run and three hits in six innings. Heasley was hit hard in his previous start, tagged for a career-high seven runs and nine hits in a loss to Texas.

Odorizzi set season highs by allowing nine hits and five earned runs in four innings. He had been sidelined by left leg injury.

“Just one of those days, everything wasn’t crisp when it came down to execution,” Odorizzi said. “Really, the only pitch I had confidence in — and that wasn’t a ton — was my fastball.” 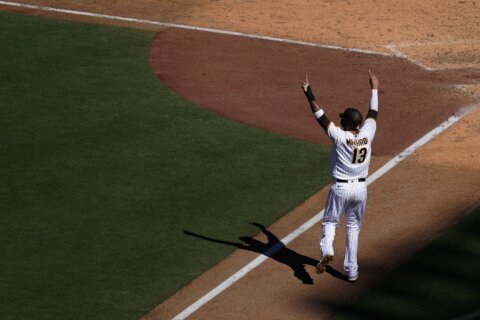 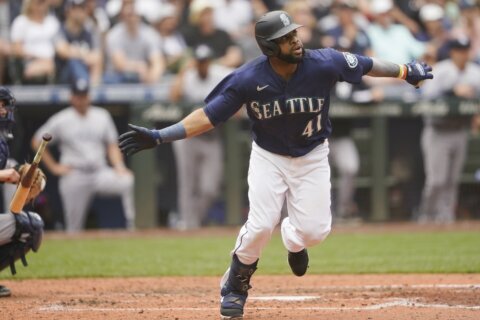 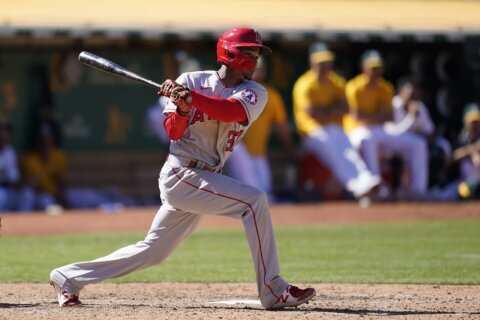