SAN DIEGO (AP) — It’s been a while since the San Diego Padres had a game like this. Jorge Alfaro…
Listen now to WTOP News WTOP.com | Alexa | Google Home | WTOP App | 103.5 FM

SAN DIEGO (AP) — It’s been a while since the San Diego Padres had a game like this.

Jorge Alfaro launched a three-run homer, Luke Voit and All-Star Manny Machado each hit a two-run shot and the Padres enjoyed their first five-homer outburst in more than a year to beat the AL Central-leading Minnesota Twins 10-1 Friday night.

Kim Ha-seong and Eric Hosmer added solo shots for the Padres, who gave left-hander Blake Snell (3-5) all the runs he needed in the first inning.

“It was fun to watch, fun to be part of that,” Alfaro said.

All-Star Byron Buxton homered for the Twins in the fourth, his 25th.

Right-hander Joe Ryan (7-4) yielded all five Padres homers, including Machado’s and Alfaro’s in a six-run fifth, when all the runs scored with two outs.

“The complete game, the whole game, it was fun,” Alfaro said. “At the beginning we struggled a little bit with his fastball but after that we made the adjustment to go out and compete. It means a lot to us. Every win counts and now we just go for it.”

Voit hit his two-run shot in the first, his 13th. Kim hit his sixth in the second and Hosmer his eighth in the fourth.

Kim was aboard for Machado’s 17th in the fifth. Voit hit an RBI double two batters later and was aboard when Alfaro hit his three-run homer to right field, his seventh, that chased Ryan.

The Padres have struggled to hit home runs this year.

“We needed it to prove we can do it still, too,” manager Bob Melvin said. “We’ve got some guys who can hit it out of the ballpark. The ball that Luke hit, the first one, was so high, that ball hasn’t been going out of here. Obviously getting a cushion like that, two runs in the first, was big and then we kept slugging, so that’s a good thing.”

Snell held the Twins to four hits in six innings, struck out seven and walked one.

Star Padres shortstop Fernando Tatis Jr. was back in the batter’s box at Petco Park for the first time since last season to take batting practice as he continues to work his way back from surgery in March on his fractured left wrist. He started taking batting practice on the last road trip. On Friday, he launched several balls into the seats in left field, including some into the second deck. “It feels good just to hit them,” Tatis said. He said he feels “really normal. It feels great. I’m just happy to be back on the field.” Melvin said he expects Tatis will start facing live pitching by sometime next week.

Melvin said he’s giving closer Taylor Rogers “a little bit of a breather” after he blew consecutive saves in Detroit earlier in the week. Melvin said he’ll go with a closer-by-committee and he’s sure Taylor will be back in his role later this season.

Twins: RF Max Kepler, who broke a toe on Sunday, did some running and also hit and threw before the game. He has so far avoided the injured list.

Padres: Rookie left-hander MacKenzie Gore will be shut down for two weeks with what Melvin said was a low-grade elbow strain. “Structurally, everything looked pretty good in there,” Melvin said. … OF Wil Myers, out since early June with a bruised right knee, could return from a rehab assignment this weekend, Melvin said. 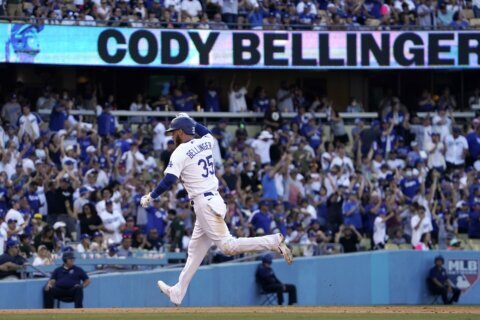 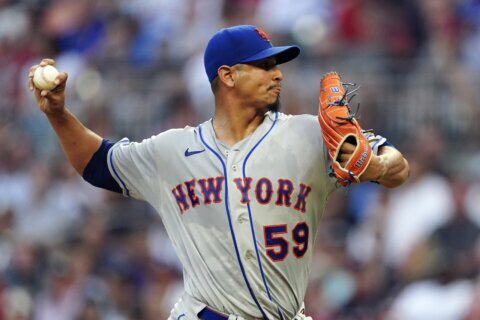