OAKLAND, Calif. (AP) — Daniel Lynch had a career-high 10 strikeouts in five innings to win for the first time in nearly two months, and the Kansas City Royals beat the Oakland Athletics 5-1 on Friday night in a matchup of teams with the two worst records in the major leagues.

Salvador Perez doubled and homered for the Royals. Whit Merrifield added three hits while Andrew Benintendi and Michael A. Taylor each had two to send the plummeting A’s to their 21st loss in their last 24 home games.

The Royals (22-41) began the day percentage points ahead of the A’s, who fell to 22-44 with the loss and dropped 19 games behind the first-place Astros in the AL West.

Lynch (3-6) was knocked around in his five previous starts and walked Oakland’s second batter, then endured a long second inning before settling in for his first win since April 26. The left-hander allowed four hits and struck out the side in the third and fifth.

“The odds of him being at 61 pitches after two and being out there through five are extremely low,” Royals manager Mike Matheny said. “He did a great job of being efficient. Really good job of getting his composure back.”

Lynch, whose 10 strikeouts are the most by a Royals starter this season, said the realization that his pitch count was so high forced him to be more aggressive.

“It was kind of weird because when I realized that I didn’t have a lot of pitches to work with, I actually started striking more guys out because I was attacking knowing I couldn’t get deep into counts,” Lynch said. “I was forced to be in the zone and attack. Some good things were happening after that.”

Elvis Andrus had two hits for Oakland and scored the A’s only run on Lynch’s second wild pitch in the second inning.

Perez hit an RBI double over the head of center fielder Cristian Pache in the first inning. After the A’s got within 2-1, Perez crushed another fastball to center from Frankie Montas (3-7) that traveled 422 feet leading off the third. They were the two hardest hit balls by either team.

Perez has homered in six of his last nine games against the A’s, including four straight, dating to last season.

“I like everything here, San Francisco and here,” Perez said. “The weather is fresh. To be behind the plate it’s not that hot. I like to play here.”

SOMEONE CALL FOR IT

One of Taylor’s hits came on a routine pop-up that landed on the infield dirt between confused A’s third baseman Matt Davidson and shortstop Andrus. Davidson appeared to be positioning himself under the ball then abruptly looked to his left toward Andrus as the ball fell in. Perez scored on the play.

“That was another homer for me.” – Perez, chuckling about his walk in the sixth, his eighth in 221 plate appearance this season.

The game was delayed for several minutes when home plate umpire and crew chief Ron Kulpa left for unknown reasons after the top of the second inning. Charlie Ramos moved from first base and went behind the plate for the remainder of the game.

Royals right fielder Kyle Isbel made a leaping catch near the wall in foul territory just past the visiting bullpen, reaching back far with his left hand to grab the ball while he was still in the air.

Royals: RHP Zack Greinke (flexor strain) will continue his rehab assignment and start for Triple-A Omaha on Saturday. … LHP Gabe Speier and RHP Matt Peacock were reinstated from the Injured List. Each had missed the last 16 games. To make room, RHP Arodys Vizcaino was outrighted to Omaha and RHP Albert Abreu was designated for assignment. … OF Edward Olivares (right quad strain) homered for Omaha on Thursday night as he continues his rehab.

Athletics: OF Stephen Piscotty (strained left calf) ran the bases before the game and could begin a rehab assignment early next week.

Athletics LHP Cole Irvin (2-3, 3.34 ERA) is winless in five starts since coming off the Injured List on May 22. Irvin is 1-0 in two starts against Kansas City. RHP Brad Keller (1-8, 4.19) goes for the Royals in his third career start against Oakland. 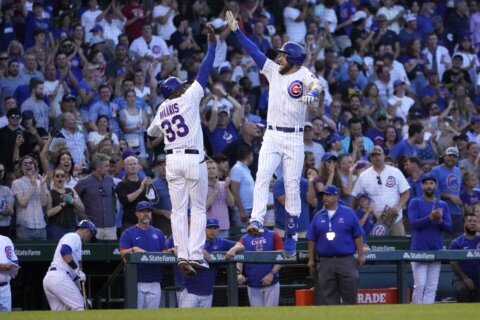 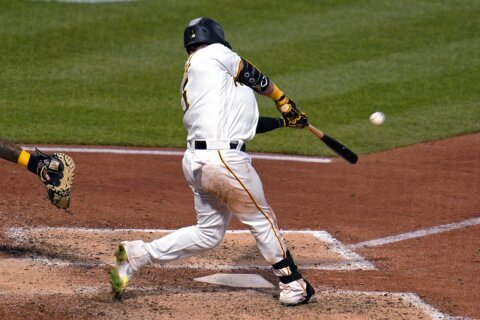