Free falling toward a dreadful bit of team history, the Angels fired manager Joe Maddon on Tuesday and appointed third base coach Phil Nevin to the role on an interim basis.

Los Angeles still lost its 13th straight game Tuesday night against Boston, matching a franchise record. The slide comes weeks after the club had one of the best records in the American League and amid an unprecedented slump for star Mike Trout.

Trout left Tuesday’s game with left groin tightness, and the Angels went on to lose 6-5 in 10 innings.

The Mets are tenatively feeling fortuante after slugger Pete Alonso got negative X-rays after being hit in the right hand by a pitch.

Alonso was hit by a 96 mph sinker from San Diego starter Yu Darvish early in a 7-0 loss Tuesday night, and Alonso fell awkardly after getting drilled. While X-rays came back negative, New York still planned to send Alonso for additional testing.

New York is also awaiting word on the status of outfielder Starling Marte, who left Tuesday with left quad tightness. Marte was sent for an MRI.

The Minnesota Twins are on track to get shortstop Carlos Correa back from his COVID-19 hiatus, and the fact that they’re playing the major league-leading Yankees in a matchup of AL division leaders wasn’t lost on the two-time All-Star.

“Absolutely, this is an important series, and we’re facing a tough team, so I’m going to make sure I’m out there with the boys,” Correa said Tuesday before sitting out for the eighth straight game.

Correa tested positive in Detroit last week and flew on a medical plane back to Minnesota. He said he experienced “pretty strong” symptoms, including a “massive headache,” sore throat, excessive coughing and body chills, but over the last three days he’s fared better during his workouts at Target Field than he expected.

“The first two days it was tough, but it’s been getting better ever since,” said Correa, one of 16 players the Twins had on the injured list or COVID-19 list. “I’m very optimistic about going out there this series.”

Marlins players and coaches met for 90-minutes prior to the club’s home series opener against the Nationals on Tuesday night, then went out and routed Washington.

“A lot of people spoke,” Marlins manager Don Mattingly said. “It was more of a lot of things that the group needed to get out in the open and talk about. It wasn’t designed about wins and losses, honestly. It’s more about the group coming together and trying to reach their potential.”

Alcantara pitched seven innings of three-hit ball last Thursday in a 3-0 win over San Francisco. The 26-year-old right-hander has gone at least seven innings in his last five starts and allowed only three earned runs. The outstanding stretch has featured one complete game, two eight-inning outings and another two that lasted seven.

Rays right-hander Corey Kluber (2-2) is slated to face St. Louis, and he has had tremendous success against Cardinals slugger Albert Pujols. The surefire Hall of Famer is 1 for 20 with a single career against Kluber.

“Obviously, when you face a guy like Albert, you’re aware of it, and I wouldn’t say that it’s an at-bat that I have circled or anything,” Kluber said. “I just think that he’s a really good hitter, and for whatever reason, maybe past matchups have gone my way. But I think I’m going to treat him with just as much respect coming into this game as I would have when I was first getting my feet wet.”

Oakland left-hander Jared Koenig is set to make his major league debut in a start against Braves righty Ian Anderson (4-3) in Atlanta. The 28-year-old Koenig has a 2.21 ERA in nine games with Triple-A Las Vegas.

Koenig will try to end the A’s seven-game slide, a tough test against surging Atlanta, which has won six straight. 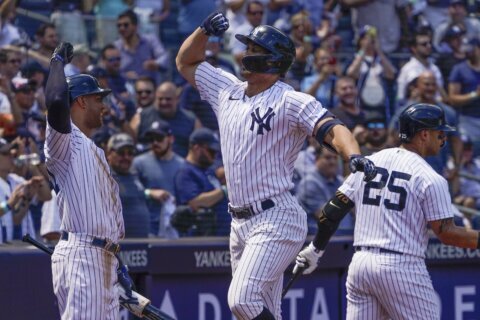 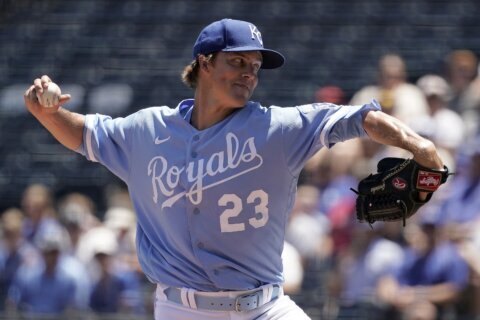 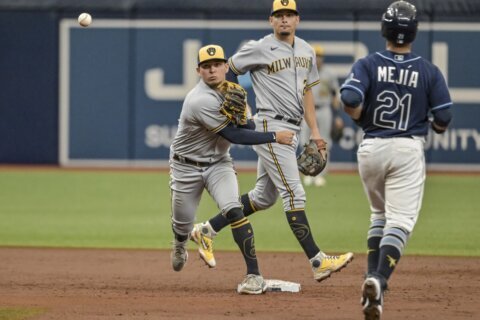