In Pittsburgh, Pirates’ overhaul gains momentum by the day

PITTSBURGH (AP) — Oneil Cruz untucked the No. 15 jersey hugging the shoulders of his wiry 6-foot-7 inch frame, turned his hat backward then flashed a smile that needed no translation.

One of the biggest pieces — literally and metaphorically — of the revival that Pittsburgh Pirates general manager Ben Cherington has methodically orchestrated since taking over in November 2019 looked every bit as good as advertised in his 2022 debut.

The hardest throw by any major league infielder this season. The hardest-hit ball and the fastest sprint around the bases by a Pirate through 66 games, too, a madcap dash that drove in three runs and ended with Cruz practically cackling as he made his way from second to third.

The fact he was thrown out trying to stretch a double into a triple hardly mattered. By then, the 23-year-old was trending on Twitter as shouts of “Cruuuuuz” reverberated in a ballpark that’s frequently resembled a library at closing time for most of the last half-decade.

Those days may be numbered, even if the finished product Cherington is tasked with delivering in Pittsburgh remains a ways off.

The Pirates are well under .500 weeks before the All-Star break and struggle to get PNC Park a third filled most nights. Many of the prospects Cherington has drafted or acquired during his 30-month tenure — some of them in trades that sent popular and proven veterans elsewhere in moves that angered and alienated a fanbase desperate for something or someone to believe in — are still in the minors.

Some, however, are seemingly here to stay. Cruz is wearing No. 15 now, unlike last fall, when he donned No. 61 during a brief two-game cameo last fall. Add that to signing third baseman Ke’Bryan Hayes to an eight-year extension and the unexpected jolt provided by outfielder Jack Suwinski — who made the leap from Double-A in late April as an emergency fill-in and is making a compelling case that he should never go back — and there’s tangible proof that Cherington’s top-to-bottom overhaul is gaining momentum.

“Sometimes (our personnel decisions have been) frustrating to people, and I understand that,” Pirates manager Derek Shelton said. “It’s hard. We’ve stuck to our process, and in the long run, we’re going to see the benefits of it.”

Cruz’s long-awaited promotion from Triple-A is among the most high-profile of what the Pirates hope will become a steady influx of young talented players over the next few seasons, though pitcher Quinn Priester, infielder Nick Gonzalez and catcher Henry Davis — all first-round picks — aren’t particularly close to touching the Roberto Clemente sign above the stairwell that leads to the home dugout.

By the time they arrive, the franchise may no longer have to rely on nostalgia and the beauty of its ballpark to get people inside. The days when the most popular jerseys in the stands on a given night are past Hall of Famers (Clemente, Willie Stargell) could be numbered.

Cherington is optimistic but cautious. The farm system is loaded and some of the players he’s brought in — Suwinski and his MLB-rookie leading 11 home runs — are starting to make an impact. Yet Cherington has been around the game long enough to know there is no such thing as a straight line to success.

“There’s going to be twists and turns, left turns and right turns,” Cherington said. “Over time, we need to see that arc in a positive direction towards more winning. (We are) confident it will.”

If anything, Cherington is edging closer to phasing out the “placeholder” approach he’s taken at the major-league level over his first three seasons. Veterans like first baseman Yoshi Tsutsugo, outfielder Jake Marisnick and Josh VanMeter — all of them on one-year deals — are on their way back from injuries. There is no definitive plan on how the Pirates plan to handle their possible return.

There’s a chance outfielder Bligh Madris, who had three hits in his major-league debut Monday,, could head back to the minors for more seasoning. It seems equally likely the Pirates let the kids play rather than go with more established players who won’t be around when the club’s window to become a contender in the NL Central opens.

That window is still shut, for now, anyway, with a sixth losing season in seven years likely in the offing. But the youth movement brings hope.

During one game last week, the 25-year-old Hayes, who is signed through the rest of the decade, realized he was the second-longest tenured Pirate in the lineup.

“We have a lot of young guys, a lot of guys learning,” Hayes said. “We have great things brewing here.”

Minutes later, with the chorus of the club song “We Can Fly So High” echoing across a nearly empty clubhouse, Hayes grabbed his glove and disappeared into a long-promised future. 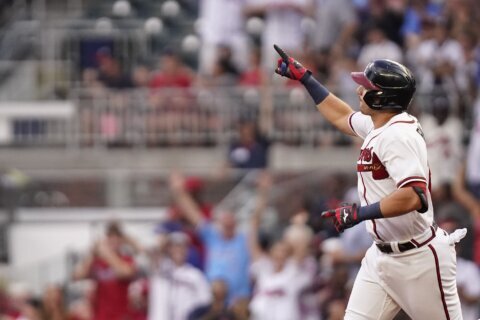 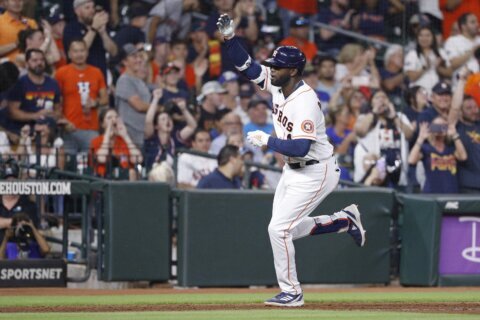 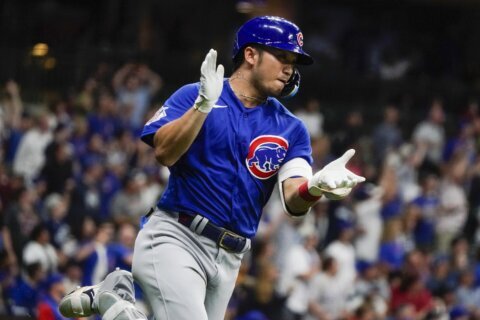