Trea Turner added a two-run double and Julio Urías pitched into the sixth inning as the Dodgers avoided a three-game sweep against their surprising nemesis. The last-place Rockies had been 4-1 against the NL West leaders.

Márquez (4-6) left with a cut on his thumb with one out in the fourth after allowing five runs and five hits, including Freeman’s 446-foot solo drive to center in the first that extended his hitting streak to 13 games.

It ended an emotional trip for Freeman, who made a tear-filled return to Atlanta, where he played for 12 years.

“Him getting through it and then finishing up this series really well is pretty remarkable,” Dodgers manager Dave Roberts said. “I guess he just has a unique way of compartmentalizing emotions with performance.”

Rockies manager Bud Black said Márquez was in pain every time he threw a fastball, but doesn’t think the injury will keep him out for an extended period.

“I think he did it in his bullpen (session) a couple days ago,” Black said.

The Dodgers pounced on Colorado’s bullpen. Smith hit his 12th homer, a two-run shot off Jhoulys Chacín in the fifth, to make it 7-1.

Bellinger belted his 10th homer to right through a hard rain with thunder and lighting in the sky in the eighth after the pubic address announcer asked fans to go to the concourse. The game was never stopped, except to work on drying the mound between innings.

Brendan Rodgers hit a solo homer in the eighth, an RBI double in the fourth and an RBI single in the sixth. Kris Bryant had two singles in his third game back from injury for the Rockies, who had won seven straight against NL West teams.

Urías (6-6) was sharp through five innings before getting into a jam. He was replaced with one out and was charged with three runs and six hits with a walk and five strikeouts. It was the first time in five starts he allowed more than two earned runs.

“Just watching a lot of video from last year,” Urías said through an interpreter of the reason for his recent success. “I felt like last year I had a really good year and was able to make those adjustments with the command of the strike zone.”

The Dodgers had 11 hits to finish a 6-3 trip after managing four runs in the first two games at Coors Field.

“We talked about getting on the heater early in counts,” Freeman said. “That’s what we tried to establish.”

Dodgers: Roberts said he’s “very optimistic” OF Mookie Betts (rib) will return before the All-Star break. Betts is swinging the bat without difficulty, but still has pain when he throws. “I’m pretty certain when he does join us again it’s going to be by way of DH,” Roberts said.

Rockies: RHP Ryan Feltner, who was optioned to Triple-A Albuquerque on Monday, remains with the team and threw a side session before the game. The team has not announced any additional pitching injuries.

“Doug Gottlieb tweeted a wholly inaccurate characterization of our negotiations with the Atlanta Braves on behalf of Freddie Freeman. We are immediately evaluating all legal options to address the reckless publication of inaccurate information,” Excel Sports Management said in a statement on behalf of Close.

Nine-year veteran Jake Lamb acknowledged that it was a “possibility” he would have opted out of his minor league deal with the Dodgers soon and become a free agent. But Lamb was called up Tuesday and made his first start on Wednesday in left field, reaching base in both plate appearances with a single and walk before being replaced with a pinch hitter in the sixth.

Lamb hasn’t been able to duplicate his 2017 All-Star season in Arizona and has played for four teams since 2020.

“I needed to go to Triple-A just to get at-bats,” Lamb said. “For me, it really helped slow the game back down.”

The crowd roared before the game as Colorado Avalanche captain Gabriel Landeskog lugged in the Stanley Cup from left field and hoisted it above his head. Landeskog later threw out the first pitch to Rockies left-hander and Avs fanatic Kyle Freeland.

The championship parade is Thursday in downtown Denver. 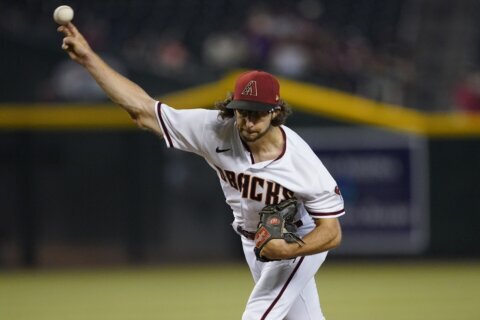 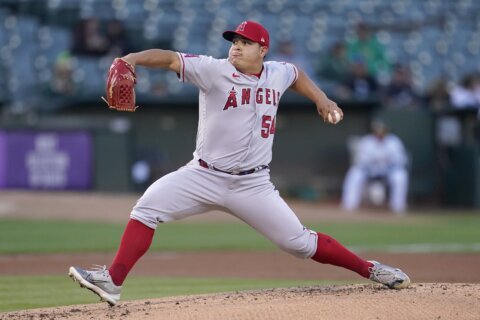 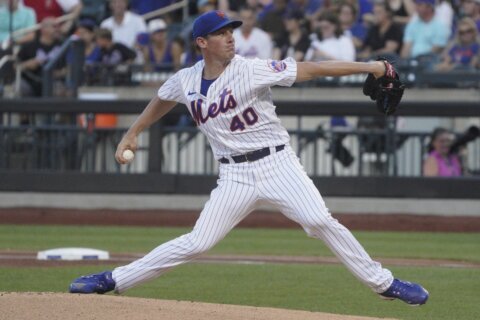