Jose Abreu hit his seventh home run and extended his hitting streak to 12 games for the White Sox, who have lost four straight and six of seven.

Colin Poche struck out Luis Robert with the bases loaded in the ninth for his third save.

Arozarena’s sixth homer highlighted a four-run first inning against Chicago starter Davis Martin. Arozarena’s two-run shot to the opposite field came after a double by Yandy Diaz, a walk, Choi’s sacrifice fly and an RBI single by Harold Ramirez.

It was the sixth homer in 22 games for Arozarena after a 32-game drought.

“You have to stay positive. It’s a very negative sport,” Arozarena said through a translator. “At the beginning of the season I didn’t feel great at the plate, but I think I’m starting to come around. I’m trying to hit a lot more than six, but those are the six that I connected with.”

After Abreu’s homer off McClanahan got the White Sox back into the game at 4-2 in the sixth, Choi made it 6-2 with a two-out double off reliever Matt Foster in the seventh.

“I definitely didn’t have my best stuff,” he said. “They put pressure on me all night and I had to wiggle my way out of some spots and battle all six. But the guys behind me had my back and I made good pitches when I had to.”

In winning his last four starts, McClanahan has a 1.13 ERA. He has struck out 44 while walking just two over 32 innings. His 89 strikeouts lead the majors.

In his second big league start as a late replacement for injured Vince Velasquez, Martin (0-2) gave up four runs on five hits and three walks in 5 1/3 innings. After the long first inning, he gave up only one single in the next four innings..

“He got locked in early, made the adjustments and you saw what happened,” Chicago manager Tony La Russa said. “I was very impressed that he didn’t fall apart and gave us some shutout innings after that.”

White Sox: Velasquez was placed on the 10-day IL after straining his left groin while shagging balls in the outfield Wednesday. … RHP Kendall Graveman rejoined the team after missing the three-game Toronto series because as an unvaccinated player, he could not enter Canada. … RHP Lance Lynn (knee surgery in April) pitched four shutout innings for Triple-A Charlotte.

Rays: RHP J.P. Feyereisen was placed on the 15-day IL while awaiting MRI results for a right shoulder impingement. … INF Taylor Walls missed his second game since fouling a pitch off his right leg Wednesday. … RHP Andrew Kittredge (lower back tightness) pitched a scoreless inning in a rehab outing for Triple-A Durham. 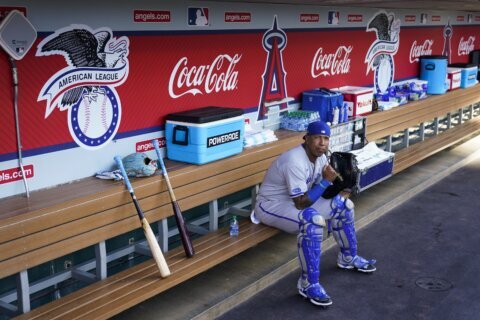 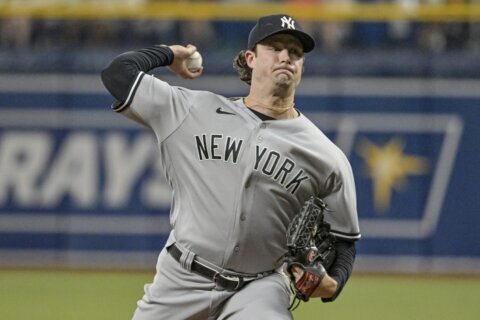 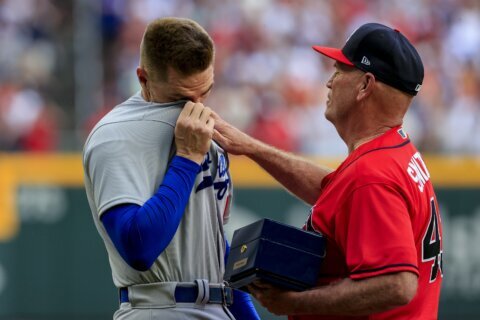