A double shy of hitting for the cycle Friday, Witt doubled in his first two at-bats, both times driving home Andrew Benintendi. Witt added another double in the seventh inning.

He joked his goal was “to hit some doubles today,” but his approach remains simple.

“That’s the goal of the game, hit the ball hard and let the rest happen,” Witt said.

If Benintendi gets on base he likes his chances to advance with Witt coming up next.

“I feel like every time he gets up there, he’s hitting the ball hard somewhere, whether it be in the gap of right at someone. It’s crazy to see how hard he hits the ball every time,” Benintendi said. “… If I’m on first, I feel he’s either going to hit a homer, a gapper and I’ll score.”

Minnesota has lost three of four. Luis Arraez and Carlos Correa had three hits and Trevor Larnach homered for the Twins.

Dozier lined a two-run single up the middle in the seventh for a 7-3 lead.

Minnesota loaded the bases with two outs against Josh Staumont in the ninth, but Kyle Garlick flew out to centerfielder Whit Merrifield the warning track.

“It’s a dangerous, dangerous lineup,” said Kansas City manager Mike Matheny. “They depend on the home run, and they get a couple guys on base it can turn into a crooked number in a hurry. I was happy to see Whit come down with that one.”

Pinch-hitter Ryan Jeffers had a two-run single off Gabe Speier in the sixth to get the Twins within 5-3 before Dozier made a diving, two-out catch in right-center to end the rally.

Signing with Minnesota March 27, Archer has gone more than four innings once in nine starts. The right-hander missed 2020 following thoracic outlet surgery and was limited to five starts in 2021 due to right lateral forearm tightness and left hip soreness.

“I’m starting to feel good and requesting to go deeper,” he said. “Hopefully, the situation allows me to go a little bit deeper next time if my body continues to feel good.”

A two-RBI double by Merrifield capped a three-run fourth that put the Royals ahead 5-1 The hit off the right field wall came one batter after a two-out throwing error by second baseman Jorge Polanco.

Salvador Perez went 1 for 4 and was hit by a pitch in his return to the Kansas City lineup after missing 10 games with a sprained left thumb. Perez was the designated hitter, but Matheny indicated there’s a “good chance” Perez will catch Sunday.

Minnesota also optioned RHP Yennier Cano to the Saints. He allowed 12 hits and 11 earned runs in 7 1-3 innings across six games since making his major league debut May 11.

Twins: RF Max Kepler left the game with right quad tightness. An MRI will be performed. C Gary Sanchez left with a heat-related illness. Both are day to day. … LHP Danny Coulombe was placed on the 15-day injured list with left hip impingement. Reinstated from the injured list Friday with the same injury, he allowed two hits, two walks and one earned run in one-third of an inning last night. 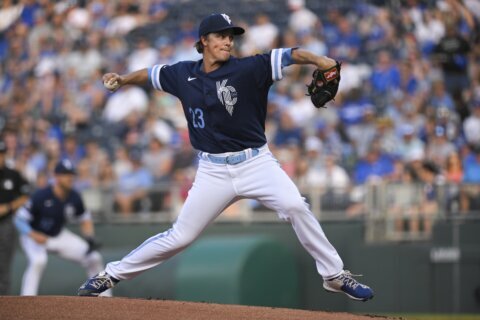 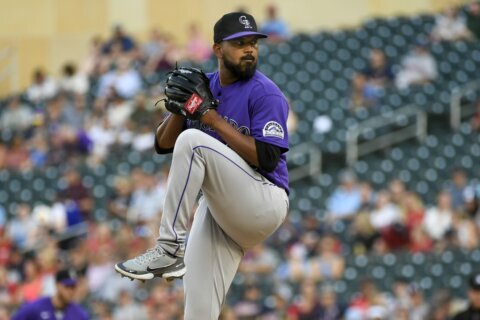 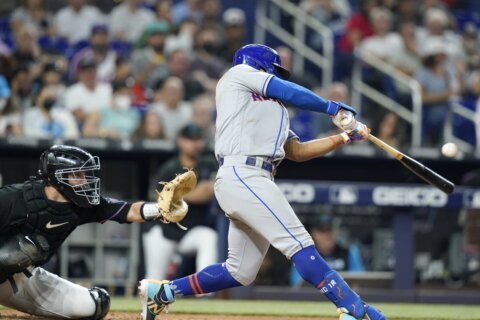