The Tigers won the first game 3-2 with the help of two key errors by the Pirates.

“We pitched well enough to win two games today, but we need to tighten up our defense,” Pirates manager Derek Shelton said. “We made mistakes in both games, but it cost us runs in the first one.”

After pitching 4 2/3 scoreless innings in the first game, the Tigers’ bullpen struggled in the nightcap. With the game tied at 2, Tigers reliever Drew Hutchinson (0-2) walked Ben Gemel to start the seventh and Reynolds hit a bloop double to left.

Will Vest replaced Hutchinson and his wild pitch allowed Gemel to score the go-ahead run. He then hit Ke’Bryan Hayes and allowed a sacrifice fly to Daniel Vogelbach.

“That was a really tough loss in the first game and we could have rolled over and played dead for the second game,” Vogelbach said. “But the pitchers were awesome all day and we were able to bounce right back.”

Gemel added an RBI single in the ninth — his fifth hit of the doubleheader — and Vogelbach made it 7-2 with a two-run homer.

“I was just in a good space all day,” Gemel said. “I had some good swings and I found a couple holes.”

Detroit lost for the eighth time in 10 games, while Pittsburgh won its second in eight games.

Zach Thompson (1-3), who is scheduled to start on Sunday in Cincinnati, got the win with a scoreless inning of relief. David Bednar pitched the final two innings for his third save.

“We knew we could get an inning or two out of Zach instead of him throwing a bullpen, and with a day off, we could go long with David,” Shelton said. “There are times we might deploy him in the seventh, and if he’s rested, we know we can use him for two innings.”

“I’m super proud of Alex’s effort,” Tigers manager A.J. Hinch said. “It was unexpected for him to even be here, and then he was pitching the second game, so he didn’t even know when it would start. He gave up some hits, but he hung in there.”

“He’s evolved as a pitcher,” Hinch said. “He doesn’t throw as hard as he used to, but he moves the ball around and disrupts the hitter’s timing. We couldn’t get the ball in the air against him.”

In the first game, the Tigers had three hits and three unearned runs. Alex Lange (1-1) got two outs for the win, and Gregory Soto worked the ninth for his fourth save.

Detroit’s bullpen started the day with a major league-best 1.97 ERA.

Dillon Peters pitched 3 1/3 innings for Pittsburgh, stretching his season-long scoreless streak to 16 2/3 innings. Bryse Wilson (0-1) struck out six in 3 2/3 innings, but was charged with the loss.

Pittsburgh took a 2-0 lead in the fifth on Gamel’s two-run triple off Lange.

Detroit responded in the bottom half. Jeimer Candelario led off with a double and Castro reached on an error by shortstop Cole Tucker.

Báez turned in some nifty defense at shortstop, including a memorable play in the first game.

He was positioned to the right of second base in a shift against Bryan Reynolds. Báez dove to his right to stop Reynolds’ grounder, and then flipped the ball with his glove between his legs to Candelario for a forceout at second.

“I was almost jumping around on the mound. It’s exciting to see Javy make a play like that,” Tigers pitcher Michael Pineda said. “I love to see Javy play the game because the way he plays, everybody loves it. He plays really hard and we’re excited to have him here.”

Because of Tuesday’s rainout, the Tigers ended up with two days off before a one-day, two-game homestand.

THE HONOR IS HIS

Miguel Cabrera got his 3,005th hit in the second game, moving him within two of another Tigers legend, Al Kaline, for 31st on the MLB all-time list.

“It’s an honor to just be on the same field with him,” Vogelbach said. “He might be the best right-handed hitter to play the game, and he’s still doing it. It’s great to watch.”

Tigers: LHP Tyler Alexander had an MRI that confirmed an elbow sprain and no structural damage. He’s on the 15-day injured list.

The Pirates activated left-hander Anthony Banda from the 10-day injured list and optioned lefty Aaron Fletcher to Triple-A Indianapolis. … Fletcher, however, was the 27th man for the second game of the doubleheader, while Detroit added Faedo, who will stay with the team on the taxi squad. … Tigers catcher Dustin Garneau, who was designated for assignment, cleared waivers and was outrighted to Triple-A Toledo.

Pirates: Pittsburgh is off Thursday before starting a four-game series in Cincinnati that includes a Saturday doubleheader. JT Brubaker (0-2, 6.20) is scheduled to start on Friday; the Reds haven’t announced a starter.

Tigers: Detroit starts a four-game series in Houston on Thursday. Tarik Skubal (1-2, 3.05) is scheduled to start the opener against Jose Urquidy (2-1, 5.95) of the Astros. 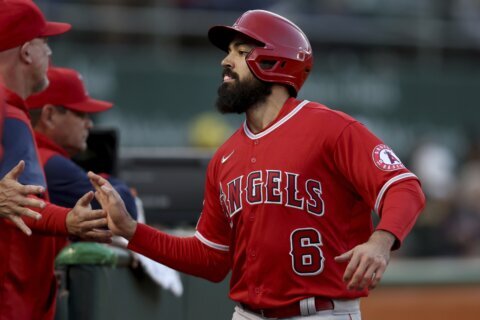 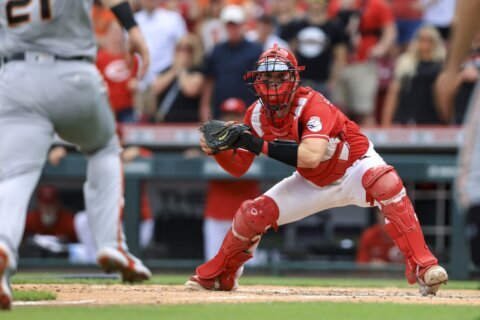