PITTSBURGH (AP) — Zach Thompson took a no-hitter into the sixth inning and Daniel Vogelbach homered to lead the Pittsburgh Pirates to a 3-1 victory over the Cincinnati Reds on Saturday night.

Brandon Drury broke up the no-hit bid by lining a clean single to right field with two outs.

Despite having not allowed a hit that deep into the game, Thompson wasn’t thinking no-no.

“When it landed, everyone started cheering, and I was like, ‘Why are we cheering for someone else getting a hit?'” Thompson said. “And then I looked out and saw there was a 1 (in the hit column) and was like, ‘Huh?’

“I didn’t know I had one until the ball was hit,” Thompson added. “Everyone started cheering and that’s when I looked up and saw it was their first hit.”

That was the only hit allowed by Thompson (2-3) in six innings. He had three walks and three strikeouts while throwing 76 pitches. He combined with Wil Crowe, Chris Stratton and David Bednar on a four-hitter that ended the Reds’ three-game winning streak.

Thompson entered with a 7.08 ERA in six games, including five starts, but ran his scoreless innings streak to 12. Last Sunday, he pitched five shutout innings at Cincinnati but did not get a decision.

“He makes pitches and he has good movement on them,” Cincinnati manager David Bell said. “You’ve got to give him credit. It was an outstanding start.”

Acquired from the Marlins in an offseason trade that sent Gold Glove-winning catcher Jacob Stallings to Miami, Thompson is happy to be settling in with his new team. He made a mechanical adjustment before the start in Cincinnati and his body is now more in line with home plate when he throws.

“Obviously, the tough start is something you don’t want to have,” Thompson said. “To be able to come back and show everyone who I am and how I pitch has been important to me.”

Bednar retired the last four batters for his sixth save in as many opportunities.

Vogelbach’s 433-foot leadoff home run to center off Luis Castillo in the fourth made it 3-0. It was Vogelbach’s team-leading sixth homer and the game’s lone extra-base hit.

“I was just trying to get something out over the plate,” Vogelbach said. “I never get many good pitches to hit from him. He’s got really good stuff. I don’t think I ever got a hit off him before.”

Rodolfo Castro had two of the Pirates’ five hits.

Castillo (0-1) lost in his second start of the year, allowing three runs and four hits in five innings. He missed all of spring training and the first month of the regular season with a strained shoulder.

“The slider and changeup weren’t working well as I wanted, but everything else felt fine,” Castillo said.

The Pirates opened the scoring with two runs in the second inning. Jack Suwinski scored on a balk and Diego Castillo hit an RBI single.

The Reds’ lone run came on Albert Almora Jr.’s single in the seventh. Trailing 3-1, Cincinnati put runners on second and third base, but Crowe struck out Matt Reynolds to end the inning.

Reds: LHP Ross Detwiler, who contemplated retirement in the offseason, was selected from Triple-A Louisville and pitched one scoreless inning. The Reds are the 36-year-old lefty’s 10th team of his 14-year career and Detwiler is the 43rd player used by Cincinnati in 34 games this season. RHP Robert Dugger was designated for assignment for the second time this week and third time this month.

Pirates: RHP Beau Sulser was claimed off waivers by Baltimore after being DFA’d. He made his major league debut April 26.

Reds: 1B Joey Votto (COVID-19) began a rehab assignment with Louisville on Saturday and had an RBI single and two walks in three plate appearances. The 2010 NL MVP has been out since May 2. The Reds haven’t determined how many games Votto will be play in the minor leagues. … C Tyler Stephenson was removed in the third inning after being hit in the mask by a foul tip. An exam showed he did not sustain a concussion, but he will be reevaluated Sunday. Stephenson was on the concussion injured list for nearly two weeks earlier this season. … SS Kyle Farmer (general soreness) got the day off. … CF Nick Senzel (COVID-19) has been working out in Cincinnati and is expected to go on a rehab assignment in the next few days. … 2B Jonathan India (right hamstring tightness) is taking part in defensive drills, but there is no timetable for the return of last season’s NL Rookie of the Year. … LHP Nick Lodolo (lower back strain) has progressed to playing catch.

Pirates: LHP Jose Quintana (1-1, 2.70) notched his first win since 2019 on Monday when he pitched six scoreless innings against the Los Angeles Dodgers. 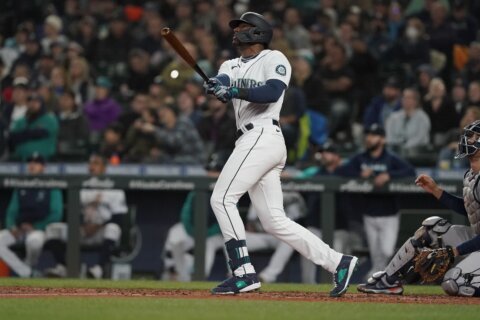