And his mother ended up with the ball.

“It’s pretty funny that she got the first ball that I fouled off in the big leagues,” Serven said. “But the story out there, I don’t know if I’m believing it.”

No, in fact, his mom didn’t catch the ball. It landed in the area they were sitting in and a fan nearby scooped up the ball instead of the Servens family.

The fan then handed the ball to Serven’s parents, Laura and Jim. A Rockies communications employee gave the fan a ball autographed by infielder Brendan Rodgers to complete the deal.

The Rockies rookie ended up grounding to second and went 0 for 2 in his debut before being pinch-hit for in the eighth as the Rockies beat the San Francisco Giants 5-3 The 27-year-old California native was a fifth-round pick out of Arizona State in 2016.

“Today when I was catching (Rockies starter Kyle) Freeland in the bullpen, I was like, ‘This is real. I’m going to play in a big league game.'”

And now his parents have a nifty souvenir. 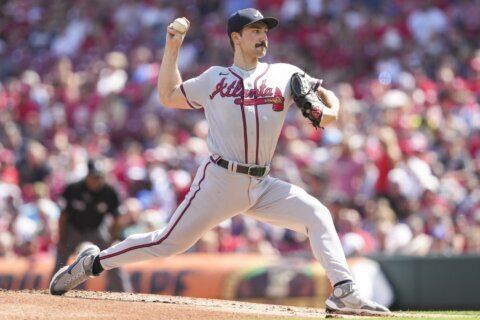 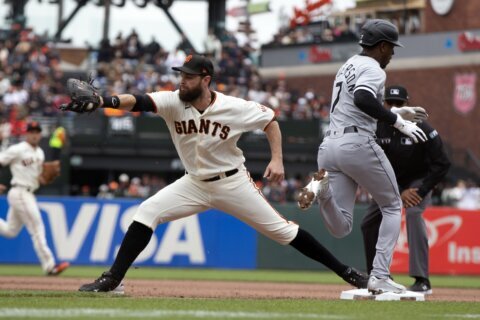