Mariners pinch-hitter Jarred Kelenic put Seattle up 6-5 in the eighth with a two-run homer. But the Rays jumped on reliever Paul Sewald (0-1) for a pair of one-out singles from Randy Arozarena and Brandon Lowe in the ninth. Sewald then served up Margot’s first homer of the season on a drive to left-center, the first runs he’s allowed in seven appearances.

The Rays erased three deficits to earn their sixth comeback win of the season and 52nd since the start of 2021.

Margot also had a big hit in a come-from-behind victory Wednesday against Oakland. Teammates and reporters joked in the clubhouse that his new nickname is “Manny Margot-Ahead.”

Ty France hit a solo homer in the ninth, but the Mariners couldn’t catch the Rays in their fourth straight one-run loss to the two-time defending AL East champions. Brooks Raley earned his third save.

Seattle has dropped five in a row and nine of 10. Tampa Bay has won five straight — all on the road — and is 8-3 in a stretch of 16 games in as many days.

“We feel like we’re a good team. You like to win those tight ballgames,” Rays manager Kevin Cash said. “We’ve lost our share of one-run ballgames here in the past, so hopefully it’s evening out.”

Arozarena had four hits, scored twice and drove in a run. Yandy Diaz had two hits, a run and an RBI for the Rays.

The struggling Kelenic, benched two nights in a row against left-handed starters, entered in the eighth to face reliever Ryan Thompson (2-1) and hit his third home run of the season with Julio Rodriguez aboard. Kelenic was 1 for 19 coming into the at-bat.

Eugenio Suárez also homered for the Mariners. Adam Frazier doubled and Suárez hit his fifth home run for a quick 2-0 lead against opener Matt Wisler in the first inning. But then Diaz, Wander Franco and Arozarena hit consecutive run-scoring singles up the middle with two outs to put Tampa Bay ahead 3-2.

Seattle regained the lead on Abraham Toro’s sacrifice fly and a run-scoring single from Dylan Moore in the fourth. Arozarena answered with a double and scored on Suárez’s throwing error at third base to tie it 4-all in the fifth against starter Logan Gilbert, the AL pitcher of the month in April. Gilbert struck out six but gave up seven hits and three walks in an uneven start that included 99 pitches, only 59 for strikes.

“We were able to drive his pitch count up,” Cash said. “He still got deeper than I would have expected he would given the number of pitches he had, but our guys stayed at it.”

Tampa Bay took advantage of unsteady reliever Andrés Muñoz in the seventh. He walked Franco to start the inning, gave up a single to Arozarena and hit Lowe with a pitch to load the bases. Harold Ramirez grounded out, scoring Franco.

Ramirez also made a diving catch in left field in the fourth to save two runs, and the Rays got a double play in the seventh with two runners on.

“This was one of our better games offensively, but it’s been a struggle to get on the right side of these,” Mariners manager Scott Servais said.

Rays: Bullpen coach Stan Boroski and field coordinator Paul Hoover boarded a plane Friday and will rejoin the team Saturday in Seattle after being away due to COVID-19 precautions. … C Francisco Mejía returned to the lineup after being activated from the COVID-19 injured list Thursday. He had three hits, including a double.

Mariners: C Tom Murphy was back in the lineup after sitting out Thursday with a sore neck, but left after dislocating his shoulder while attempting to make a tag at the plate in the fifth inning. He was replaced by Luis Torrens. … RHP Sergio Romo (shoulder inflammation) threw a 25-pitch simulated outing against Ichiro Suzuki, and Servais said Romo looked ready to return. Servais was not sure whether Romo, who went on the injured list April 13, would need a rehab outing before returning to the bullpen. 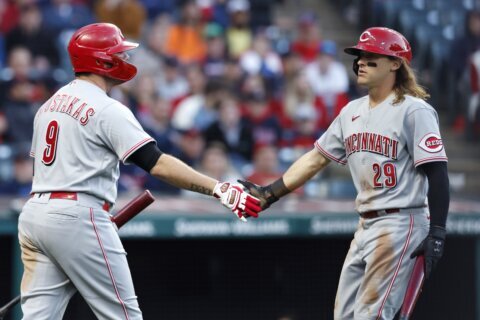 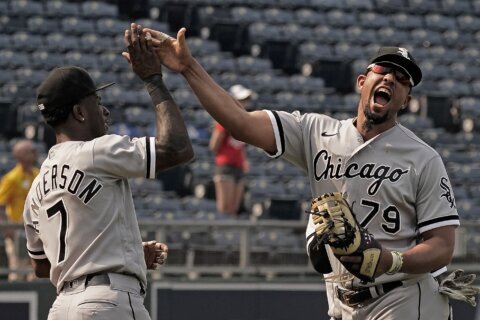 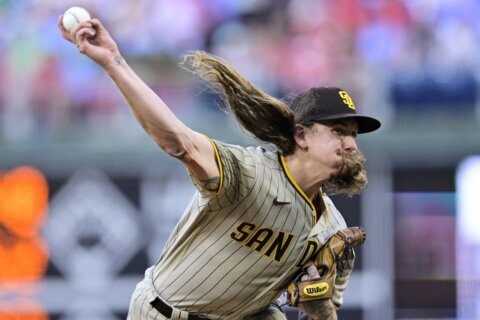