OAKLAND, Calif. (AP) — The Minnesota Twins reinstated shortstop Carlos Correa from the injured list on Wednesday before their game at Oakland and sent thriving rookie Royce Lewis back to Triple-A St. Paul.

Correa missed 11 games with a bruised right middle finger, after a pitch hit him there while he gripped the handle of the bat in the middle of a swing.

Correa was held out two days past the minimum stay. Lewis didn’t miss a beat, deftly filling in at shortstop and contributing often at the plate during his 11-game major league debut. The first overall pick in the 2017 draft hit .308 with four doubles, two homers, five RBIs and five runs in 39 at-bats, but the Twins preferred he continue to get regular playing time at shortstop. 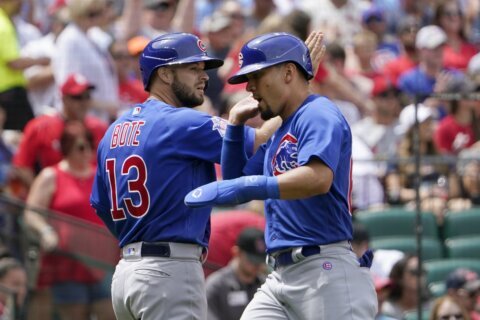