MINNEAPOLIS (AP) — Byron Buxton hit his ninth home run of the season and Jose Miranda connected for the first homer of his career, backing another sharp start by rookie Josh Winder and sending the Minnesota Twins over the Oakland Athletics 2-1 Friday night.

Twins reliever Emilio Pagán escaped a bases-loaded, one-out jam in the ninth inning and sent the A’s to their seventh straight loss.

Making just his second major league start, Winder (2-0) allowed three hits and one unearned run in six innings while striking out eight and walking none. Last weekend at Tampa Bay, the 25-year-old righty got the win, pitching six shutout innings of two-hit ball, striking out seven with one walk.

“Super, super impressive tonight,” Twins bench coach Jayce Tingler said of Winder. “We’re a month into the season and we’ve had some really good pitching outings. The one Winder threw tonight may have been the best, and I mean that with all due respect to some of the good games that have been thrown. He was in command of all his pitches.”

Tingler is filling in as manager for Rocco Baldelli, who is out with COVID-19.

The AL Central-leading Twins returned home with a win after back-to-back losses in Baltimore and got good news on shortstop Carlos Correa before the game when a CT scan showed he doesn’t have a fractured finger after being hit in the hand by a pitch.

Top Twins prospect Royce Lewis was called up from Triple-A and filled in for Correa. Making his big league debut, he singled in the eighth for his first hit.

“We’ve got a great group right now and we have a great group coming up,” Winder said. “So, I think the Twins are in a really good spot, that we’re able to call up a first-overall pick when our $35 million guy goes down.”

The Athletics loaded the bases with one out in the ninth. Pagán got Seth Brown to ground into a forceout at the plate and struck out Chad Pinder for his third save in four chances.

Zach Logue (1-1) made his first major league start for the Athletics after Cole Irvin was placed on the injured list before the game. Logue gave up two runs on five hits and two walks in five innings.

Logue was making his second major league appearance after appearing once out of the bullpen. He came to Oakland along with Gunnar Hoglund, Kevin Smith and Kirby Snead in the March trade that sent Matt Chapman to Toronto.

Buxton tied for the major league homer lead with a solo drive in the fifth for a 2-0 lead.

Miranda, 23, broke out last season in the minor leagues, hitting .344 with 30 homers in 127 games between Double-A and Triple-A. He was recalled for the first time on May 2 when Miguel Sanó went on the injured list.

His first home run, in his first at-bat at home for Minnesota, was a line drive to the first row of the second deck in left field in the second.

“I just pointed to the dugout because I was working on a couple of things before the game with the hitting coach,” Miranda said. “It felt good hitting that ball and just thinking about the stuff we were working on.”

The 22-year-old Lewis was the first overall pick by the Twins in the 2017 draft. He sustained a torn knee ligament last year, but he returned this year and was hitting .310 with three home runs and 11 RBIs in 24 Triple-A games.

“Not being able to play for a while and then truly being in disbelief and shock that it was actually happening,” Lewis said. “I truly thought it was going to take a few more years. To get the call and be shocked and amazed, it’s truly a blessing.”

Athletics: Logue was recalled from Triple-A Las Vegas after Oakland put Irvin on the 15-day injured list with left shoulder soreness. The IL stint is retroactive to May 2. Irvin’s last start was on April 30 when he allowed one run in six innings against Cleveland. He is 2-1 with a 2.93 ERA this season.

Twins: Lewis took the place of Luis Arraez, who went on the COVID-19 list along with RHP Dylan Bundy. … Alex Kirilloff was activated from the injured list after a rehab stint in Triple-A. He missed 21 games with right wrist inflammation. … Additionally, RHP Cole Sands was recalled and LHP Jovani Moran was optioned to Triple-A.

Athletics: RHP James Kaprielian (0-1, 18.00) is scheduled for his second start since coming off the injured list. He started the season on the list with an inflamed right AC joint. He gave up four runs in two innings in a loss to Cleveland.

Twins: RHP Chris Paddack’s start was pushed back to Sunday and Tingler announced that RHP Sonny Gray (0-1, 5.68 ERA) will be activated from the injured list to start Saturday. Gray was originally scheduled for a second rehab start in Triple-A. He’s been out since April 17 with a right hamstring strain. 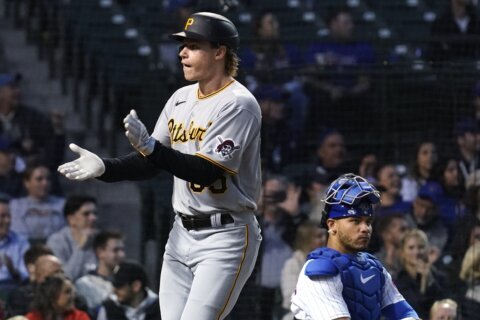 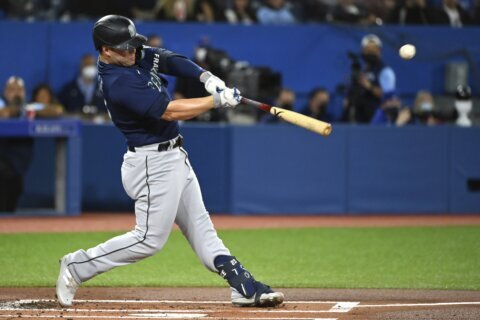 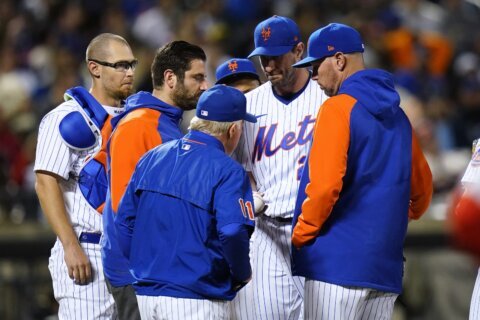