Angels lefty Reid Detmers has no-hitter thru 8 against Rays

ANAHEIM, Calif. (AP) — Los Angeles Angels rookie Reid Detmers has a no-hitter through eight innings against the Tampa Bay Rays, a bid that survived a borderline error call in the seventh.

The 22-year-old has thrown 94 pitches Tuesday night, striking out two and walking one. The Angels lead 8-0.

Brett Phillips reached with one out in the seventh when first baseman Jared Walsh ranged to his right and bobbled Phillips’ grounder. The crowd cheered and Walsh clapped moments later when the videoboard showed the official scorer ruled it an error.

Harold Ramirez hit a fly ball to the warning track in left-center before it was caught by Brandon Marsh and Arozarena flew out to center to end the inning.

Detmers got three flyouts in the eighth on 11 pitches.

Detmers retired his first 15 hitters before Taylor Walls drew a lead-off walk in the sixth. Anthony Rendon then made a nice leap to snag Vidal Bruján’s line drive, and Kevin Kiermaier ground into a double play to end the inning.

Detmers made a nice defensive play in the fifth when he quickly snagged a grounder up the middle by Randy Arozarena.

The left-hander is attempting to throw the majors’ second no-hitter this season after five New York Mets’ pitchers combined for one against the Philadelphia Phillies on April 29. There were a record nine no-hitters across the majors last season.

Detmers is making his 11th career start. He was the 10th overall pick in the 2020 draft out of the University of Louisville and made his big-league debut last year.

It is the first time Detmers has gone even seven innings in a game. His previous career best was six innings last season against Houston.

The Angels’ last no-hitter was on July 12, 2019, when Taylor Cole and Félix Peña combined for one against the Seattle Mariners in the team’s first home game following the death of starting pitcher Tyler Skaggs. 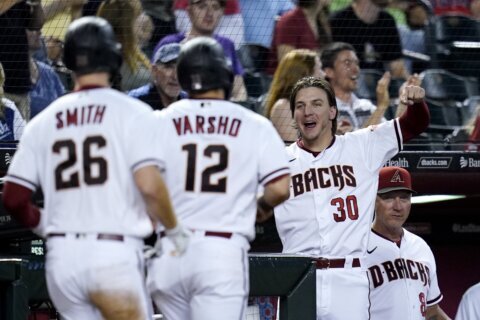 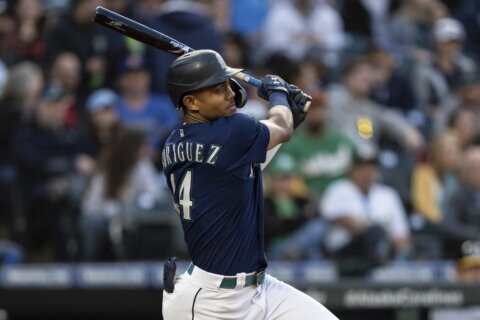 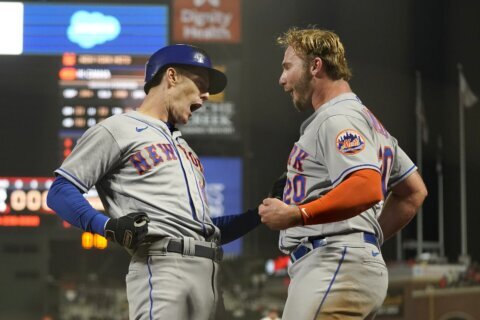