HOUSTON (AP) — After getting tagged for six runs in the first inning of a loss to the Angels a…
Listen now to WTOP News WTOP.com | Alexa | Google Home | WTOP App | 103.5 FM

HOUSTON (AP) — After getting tagged for six runs in the first inning of a loss to the Angels a couple of weeks ago, Houston starter Jake Odorizzi was searching for answers on how to turn things around.

He didn’t have to look far with Justin Verlander’s locker just feet away and the two-time Cy Young Award winner more than willing to lend a hand.

“He (had) some pitching information and mindset information … and it’s really kind of opened my eyes to a lot of different things,” Odorizzi said.

Odorizzi wouldn’t share exactly what knowledge Verlander imparted, but it seems to have done the trick, He turned in his second solid start since that tough outing to help the Astros beat the Seattle Mariners 3-0 on Monday night.

“It’s just good to be able to have success, go execute a game plan, give the team a chance to win,” Odorizzi said.

Yordan Alvarez hit a solo homer and rookie Jeremy Peña added a two-run shot to back up Odorizzi and help the Astros snap a two-game skid, moving manager Dusty Baker within one win of becoming the 12th manager in MLB history to reach 2,000.

Ryne Stanek got the last out of the seventh after Odorizzi (2-2) left the game. Héctor Neris and Rafael Montero pitched a scoreless inning each to complete the shutout.

Alvarez opened Houston’s fourth inning with his seventh home run of the season to put the Astros up 1-0. There was one on and one out in the sixth when Peña connected off Marco Gonzales (1-3) on a soaring shot to left field to make it 3-0.

Odorizzi allowed four hits in 6 2/3 scoreless innings for his second straight win after dropping his first two decisions this season. The veteran allowed 16 hits and 12 runs combined in his first three starts but has allowed just five hits and one run in his last two.

“Location has been great,” Baker said. “He used his fastball a lot more and then his split was better. It shows you what kind of shape he’s in, he maintained his velocity the whole time he was out there.”

Stanek took over for Odorizzi after he walked Suarez with two outs in the seventh, and he walked J.P. Crawford before striking out Julio Rodríguez. Montero gave up a single to Ty France with one out in the ninth before walking Jesse Winkler, but Eugenio Suarez grounded into a double play to end it and give Montero his second save.

Gonzales yielded a season-high eight hits with three runs in six innings after getting just one out before leaving his last start after taking a line drive off his throwing wrist.

“It was great to get Marco back out there and I thought he pitched a really good ball game for us,” Seattle manager Scott Servais said. “He made just a couple mistakes, but the fastball/changeup back and forth had them off balance and gave us a chance to win the ball game. But you aren’t going to win many games if you don’t score runs.”

Houston star second baseman Jose Altuve went 0 for 3 with a walk in his return after sitting out since April 19 with a strained hamstring.

Crawford had a single in the fifth to extend his hitting streak to 11 games, which is the longest active streak in the majors. The Mariners lost for the fifth time in six games.

Astros: Closer Ryan Pressly, who has been out since April 14 with inflammation in his right knee, will begin a rehabilitation assignment at Triple-A Sugar Land on Tuesday. Baker said they’re not sure if he’ll just play one game or if he’ll need multiple outings before being activated.

Seattle right-hander Logan Gilbert was named the AL pitcher of the month for April after going 3-0 with a 0.40 ERA and 22 strikeouts in four starts. It’s the first time a Mariner has earned the honor since James Paxton in July 2017.

Gilbert’s 0.40 ERA set a record for the lowest ERA (minimum 20 innings pitched) in franchise history in a calendar month, outdoing Mark Langston who had a 0.50 ERA in Sept. 1988. 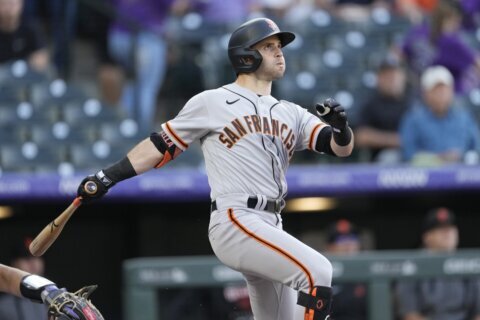 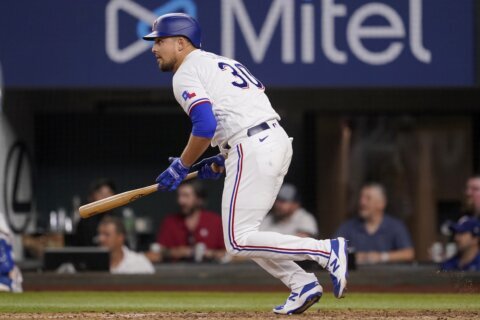