MINNEAPOLIS (AP) — Baseball is a funny game, the story goes, and Detroit Tigers catcher Eric Haase and the Minnesota Twins chipped in with another chapter.

The difference between winning and losing can sometimes be so small — and so strange.

Haase made a throwing error on a botched rundown in the bottom of the ninth inning, capping a chaotic play that gave the Twins two runs for a wild 5-4 victory over the Tigers on Tuesday night.

“Once in a while you walk away and you just kind of throw your hands in the air, and you smile, and you take the win,” Twins manager Rocco Baldelli said.

Miguel Sanó had the final hit for the Twins — and his ill-advised move on the bases wound up helping them win their fifth game in a row.

The Twins trailed 4-3 when Tigers closer Gregory Soto (1-1) walked Trevor Larnach and Gio Urshela to start the ninth. Soto — who took just his second blown save in 22 opportunities since the start of last season — bounced back to strike out Max Kepler, who homered earlier and drove in three runs.

Then came the craziness. Cue the circus music.

Sanó hit an 108 mph line drive that glanced off right fielder Robbie Grossman’s glove and rolled to the wall for a rocket of a single.

Larnach thought the ball was going to be caught, so he tagged up at second and didn’t have a head start. So he was held up at third base, after Grossman quickly threw the ball in.

But Sanó, after rounding first, kept running toward second once he saw the relay go home. That prompted Urshela to run from second to third, where Larnach was trapped.

Ball in hand, Haase ran up the base line to begin a rundown.

Except that never started, because Haase’s lollipop throw soared over third baseman Jeimer Candelario’s head and into the outfield on a night when the temperature fell to the mid-30s.

The errant throw let Larnach score easily and Urshela race home for the winning run and a mob of giddy teammates waiting for him at the plate.

“We made some boo-boos on the bases, and we somehow made our way out of it and smell like roses,” Baldelli said.

Haase entered the game in the seventh as a pinch-hitter for Tucker Barnhart.

“Everyone had a little trouble gripping the ball, especially late in the game. It got even more cold, the wind picked up a little bit, it was just dry. Just tough to handle, I guess,” Haase said.

Griffin Jax (1-0) pitched the ninth for the victory, after Javier Báez gave the Tigers the lead with a three-run homer in the eighth against Emilio Pagán.

Báez also hit a two-out RBI double in the sixth to chase Chris Paddack, the only run allowed by the Twins starter. He struck out six and threw 87 pitches, a season high for a Twins pitcher.

Carlos Correa reiterated his interest before the game about making his stay in Minnesota more than one season. The All-Star shortstop, whose three-year, $105.3 million contract has an opt-out after this season and next, said he has expressed as much to team officials.

“It’s about happiness, right? I show up every day, and we’ve got a great group of guys to work with,” said Correa, who struck out all three times he faced Tigers starter Eduardo Rodriguez and is batting .179.

Tigers left-hander Andrew Chafin was reinstated from the injured list before the game, further reinforcing a bullpen that entered the evening with the third-best relief ERA (2.29) in the majors. Chafin had sidelined by groin trouble, after signing a two-year, $13 million contract with the team.

Tigers: RHP Casey Mize (elbow sprain) has begun a throwing program at the team’s minor league facility in Lakeland, Florida, in weather more conducive to rehab. The first overall pick in the 2018 draft landed on the injured list after making two starts. … RHP Matt Manning (shoulder inflammation) is still experiencing tightness and has not been cleared yet for activity. He was placed on the injured list last week.

Twins: RHP Sonny Gray (hamstring strain) is on track to come off the injured list and rejoin the rotation later this week. Gray was hurt in his second start. … C Gary Sánchez missed his fourth straight game with abdominal tightness. He’ll ramp up his activity on Wednesday and ought to be able to avoid the injured list if the pregame session goes smoothly, Baldelli said.

Tigers RHP Michael Pineda (1-0, 0.00 ERA) takes the mound on Wednesday night against the team he spent the previous four seasons with. RHP Joe Ryan (2-1, 1.69 ERA) pitches for the Twins in the middle game of the series. 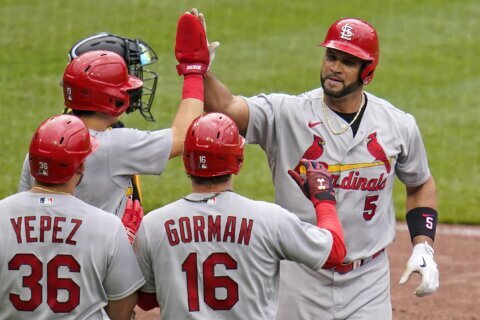 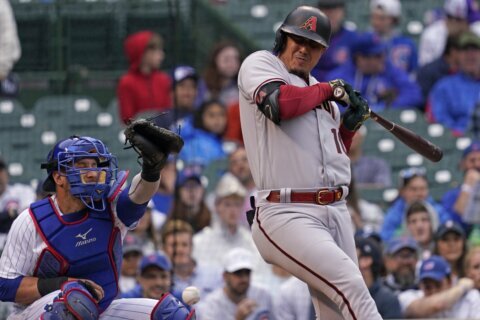 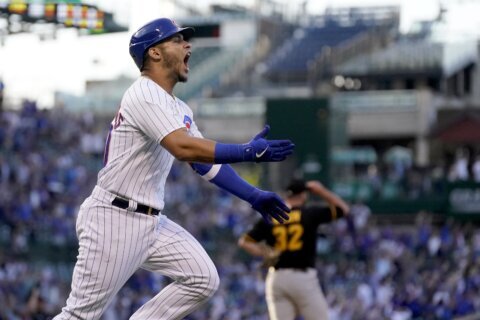