Cleveland rookie Steven Kwan hit .469 in spring training after compiling a .301 batting average in three minor league seasons. So there were signs he might be able to handle big league pitching.

But who predicted this?

Kwan added to his remarkable start by going 5 for 5 as Cleveland won for the first time since changing its name to the Guardians, routing Kansas City 17-3 on Sunday.

Kwan had four singles and a double, was hit by a pitch and scored four runs. The 24-year-old outfielder made his major league debut on opening day and is 8 for 10 in three games so far, reaching base in 12 of 14 plate appearances.

“I know it’s three games in, but nobody wants to not get excited,” Guardians manager Terry Francona said. “When our young guys want to do things like that, it is exciting.”

Kwan is known as a contact hitter, and it shows. He’s swung 19 times so far this season and hasn’t completely missed once, according to MLB Statcast.

Kwan and the Guardians close out the four-game series with a matinee at Kauffman Stadium.

BASHING IN THE BRONX

Vladimir Guerrero Jr. and the hot-hitting Toronto Blue Jays open a four-game set at Yankee Stadium. Guerrero smashed a 467-foot homer in a 12-6 loss to Texas on Sunday, the longest of his career, and Toronto has scored 20 runs during a 2-1 start to a season it hopes ends in an AL East crown.

The division-rival Yankees are coming off a series win against Boston and will start right-hander Jameson Taillon (8-6, 4.30 ERA in 2021), making his first appearance since offseason surgery on his right ankle. He’ll face righty Alek Manoah (9-2, 3.22), who won his big league debut in the Bronx last May.

After getting big swings from a couple of newcomers Sunday, the Minnesota Twins are looking for a strong debut from Dylan Bundy. He makes his first start for the team against Seattle right-hander Chris Flexen in the finale of a four-game series.

Gary Sánchez’s first home run for the Twins was a grand slam into the third deck Sunday, and Carlos Correa also went deep for the first time with Minnesota during a 10-4 victory.

“They’re a good team. They’ve got a heck of a lineup and have certainly got all kinds of power,” Mariners manager Scott Servais said.

Bundy signed a $5 million, one-year contract with the Twins on Dec. 1 after going 2-9 with a 6.06 ERA for the Los Angeles Angels last season.

The Baltimore Orioles play their home opener after getting off to a rough start on the road.

Coming off a 110-loss season, Baltimore is 0-3 for the first time since 2007. Cedric Mullins and the O’s never led while they were swept at Tampa Bay, struck out 37 times and went 2 for 24 with runners in scoring position.

The Padres will see how Blake Snell is feeling, a day after the left-hander was pulled just before making a start at Arizona because of left adductor tightness.

Melvin said he had already exchanged lineup cards when Snell felt the injury on his final warmup pitch.

“It was as late as I’ve ever seen anything,” Melvin said. “We had to make some adjustments on the fly and got it done.” 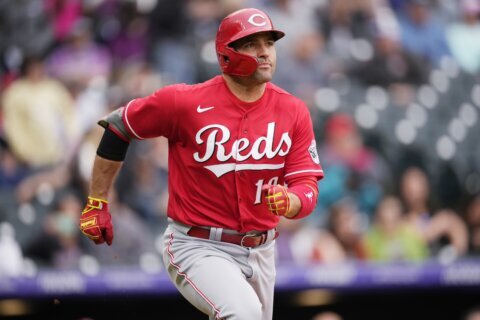 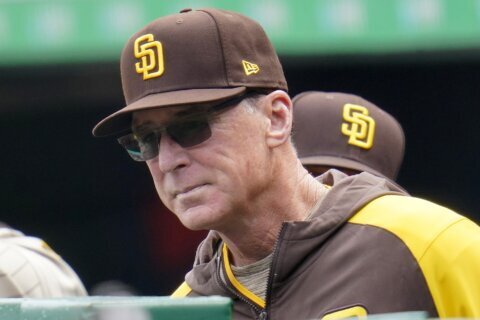