Bundy (3-0) continued his surprising start to the season. He permitted four hits in five scoreless innings, lowering his ERA to 0.59, the third-best mark in the majors.

“We’ve seen three starts that there really aren’t too many blemishes in,” Twins manager Rocco Baldelli said. “I mean, you couldn’t ask for better efforts than we’ve gotten from Dylan. He’s been fantastic.”

The White Sox lost their sixth straight game, and this one was particularly costly. Outfielder Eloy Jiménez was carted off with a hamstring injury after trying to beat out a ground ball in the second.

“It reduces the importance of losing the game when you lose a player,” Chicago manager Tony La Russa said. “It sounds kind of corny but that’s exactly what it is; he’s part of the family. And we did lose the game, so.”

José Abreu hit an opposite-field homer in the sixth for the reigning AL Central champions. Vince Velasquez (0-2) gave up five runs and eight hits in 3 1/3 innings.

Coming off a 6.60 ERA last season for the Los Angeles Angels, Bundy’s signing wasn’t seen as a major upgrade for the Twins. But he has been the most impressive member of a standout rotation.

His second start with five scoreless innings dropped the team’s ERA to 2.53 (20 earned runs in 71 innings) from its starters this year. Minnesota entered the day with the best starters ERA in the American League and was second in the league in batting average against at .206.

“Absolutely,” Bundy said of feeding off each other’s starts. “You want to either do the same or do better than the guy previous because you believe in yourself and have confidence. Confidence in this game is huge.”

Bundy wasn’t challenged much by a Chicago lineup that has scored eight runs in its past five games.

Minnesota loaded the bases with no outs in the first inning against Velasquez, and Buxton scored on a fielder’s choice by Jorge Polanco. Jeffers and Buxton doubled as part of a two-run second and then each homered to the second deck in left field in a four-run fourth.

Buxton’s fourth homer of the year chased Velasquez, and Trevor Larnach drove in two runs with a two-out single.

Jiménez fell face-first to the ground in shallow right field after hitting first base and immediately grabbed at his right leg. He was down for several minutes before being taken off on a cart. The team announced it was right hamstring soreness.

La Russa said Jiménez is getting an MRI, but the team doesn’t feel the injury is season-ending. The hope is the recovery won’t be as long as the ruptured left pectoral tendon that caused the 25-year-old slugger to miss several months last season.

The oft-injured Jiménez is hitting .222 through 11 games this season with one home run and seven RBIs.

Outfielder A.J. Pollock recently returned from a hamstring injury, and La Russa said he’s hopeful Luis Robert will return this week from a groin strain that has caused him to miss the last two games.

Twins: C Gary Sánchez is dealing with abdominal tightness, according to Baldelli. Sánchez will not be going on the injured list after reporting some improvement Saturday. He was scratched from the lineup minutes before Friday’s game and the team will give him a few days of rest. … José Godoy had his contract selected from Triple-A to give the team more catching depth. … RHP Jhon Romero was placed on the 10-day injured list with right biceps tendinitis. RHP Jorge Alcala was transferred to the 60-day injured list.

Chicago is expected to activate RHP Lucas Giolito from the injured list to start Sunday’s series finale. Giolito pitched four scoreless innings in his only start of the season before sustaining a left abdominal strain. Minnesota counters with RHP Chris Archer (0-0, 2.16 ERA). 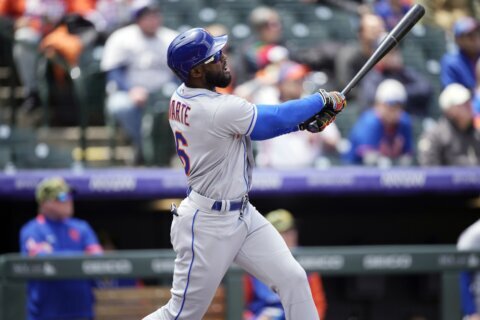 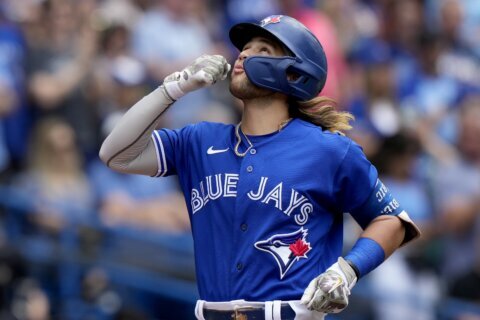