“I wasn’t thinking when I woke up today that I was going to be managing from inning one,” Schumaker said. “I found out 45 minutes maybe before the game started that he was under the weather and had to go home and here we are.”

Marmol, a winner in his debut Thursday as a major league manager, was at Busch Stadium before the game and diagnosed with the flu. He tested negative for COVID-19 and left the ballpark.

Arenado drove in three runs in his second four-hit game since being traded to St. Louis prior to the 2021 season.

“Ever since I was a young kid, I was always hitting three or hitting in a spot where I could drive runs in,” Arenado said. “I don’t know what it is. That’s the position I’m in. Guys get on base, and I need to drive them in.”

St. Louis starter Miles Mikolas threw a career-high 41 pitches in the first inning, but gave up just run in that span. He was pulled in the fourth.

“I don’t love it, but I felt good,” Mikolas said. “Overall I’m not so discouraged with how I felt. I made some good pitches when I needed to, and I kept a lot of runs off the board that kept us in that game.”

“I think we definitely saw improvement there,” Pirates manager Derek Shelton said. “I thought the fourth inning was probably the inning he was the most aggressive and we’ve just got to translate that into the first couple innings.”

Arenado singled home Paul Goldschmidt to make it 2-all in the third. DeJong homered later in the inning.

Arenado added an RBI double in the sixth.

Schumaker, formerly a popular player with the Cardinals, is in his first season on the St. Louis staff after four years with San Diego. He challenged a call at second base by umpire Dan Merzel, who had ruled Dylan Carlson came off the bag while trying to steal second in the first inning. The call was overturned and Carlson was safe.

“That’s on (video coach Chad) Blair,” Schumaker said. “That’s not on me. I’m not taking great credit for that. I think it was actually kind of a big spot in the game because if you lose that challenge early then you don’t get it for awhile.”

Shelton successfully challenged first base umpire Mike Muchlinski’s ruling that Roberto Pérez was called out returning to the bag after Kevin Newman lined out to McFarland in the sixth inning.

Pirates rookie Diego Castillo stroked his first major league hit when he doubled off McFarland in the sixth inning as a pinch-hitter.

“It’s a good sign,” Shelton said. “To come in and get the pinch-hit double and get it off, and I think we saw all spring how well he swung the bat, but when you get your first major league hit and you check that off, it definitely lets you breathe a little bit easier.”

Pirates: RHP Bryse Wilson (3-7, 5.35 ERA in 2021) has allowed seven runs in five innings over two appearances against the Cardinals. 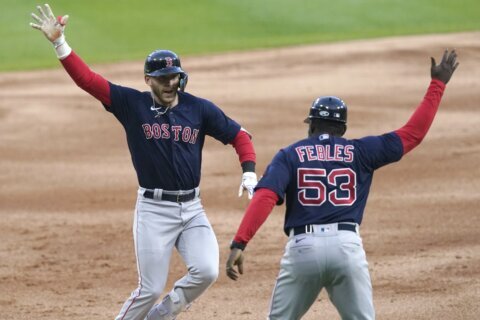 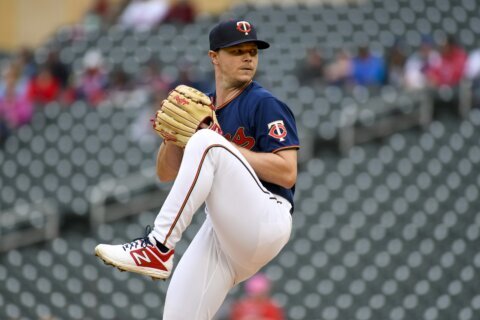 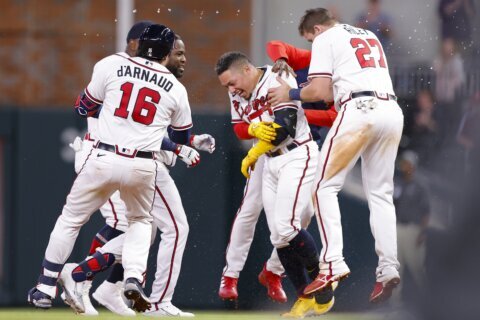