McCutchen back in NL Central on one-year deal with Brewers

MILWAUKEE (AP) — The adoption of a designated hitter in the NL helped persuade the Milwaukee Brewers to sign Andrew McCutchen and bring the five-time All-Star outfielder back to the NL Central.

McCutchen arrived at the Brewers’ spring training camp in Phoenix on Wednesday after agreeing to a one-year contract. McCutchen spent the first nine years of his career in the NL Central with Pittsburgh and won the 2013 NL MVP.

The 35-year-old McCutchen said he appreciated the immediate attention he received from the Brewers amid the hectic free-agent market that followed the conclusion of the lockout.

“I had to make some decisions pretty quickly and the Brewers were on top of it, showing their interest in me, which is something I appreciated and was one of the reasons that led to me coming here,” McCutchen told reporters. “Of course, there are other things, too, but it’s great to be here. I’m happy to be here and I’m looking forward to getting started.”

McCutchen joins an outfield that already includes 2018 MVP Christian Yelich, two-time All-Star Lorenzo Cain and Hunter Renfroe, who was acquired from the Boston Red Sox before the lockout. The Brewers also return Tyrone Taylor, who had a .778 OPS in 93 games last season.

But the arrival of the DH in the NL should give the Brewers opportunities to play more than three of them at the same time.

“I think he’s going to see time at DH,” Brewers president of baseball operations David Stearns said. “I think that’s probably the primary spot where’s he’s going to get plate appearances. Then I imagine there’s probably going to be some times when he’s going to be in the corner outfield. The DH gives us some flexibility to add an additional offensive player, and that’s what we’ve done here.”

McCutchen isn’t playing at the All-Star level that he consistently showed during his Pittsburgh seasons, but he showed last season he can still fill a useful role.

“He’s won an MVP, (played in) multiple All-Star Games and, in his prime, had the ability to impact the game on both sides of the field in a variety of different ways,” Stearns said. “To bring in this type of presence, to bring in this type of veteran experience to our group in addition to what he can provide us offensively is a benefit to our club.”

McCutchen also has a history of performing well in Milwaukee. He has batted .289 with a .350 on-base percentage, 23 homers and 61 RBIs at American Family Field.

“I know my fair share of guys from here,” McCutchen said. “Mostly, guys I know from afar, from playing against them and seeing them. It’s good to be able to play together again with some guys. Yelich, we played together during the (World Baseball) Classic. We have some history with that. It’s fun. I’m looking forward to it.” 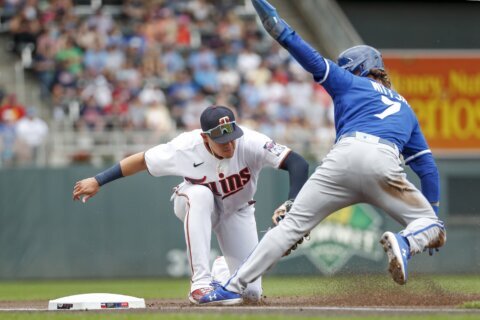 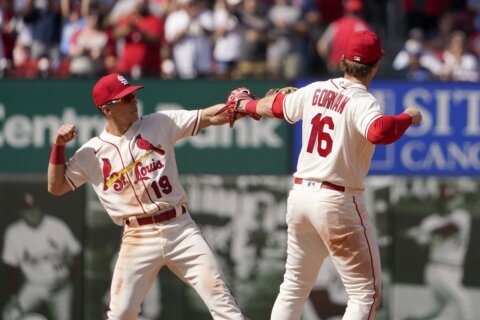